The Beautiful, Enormous Book That Will Confound and Delight You 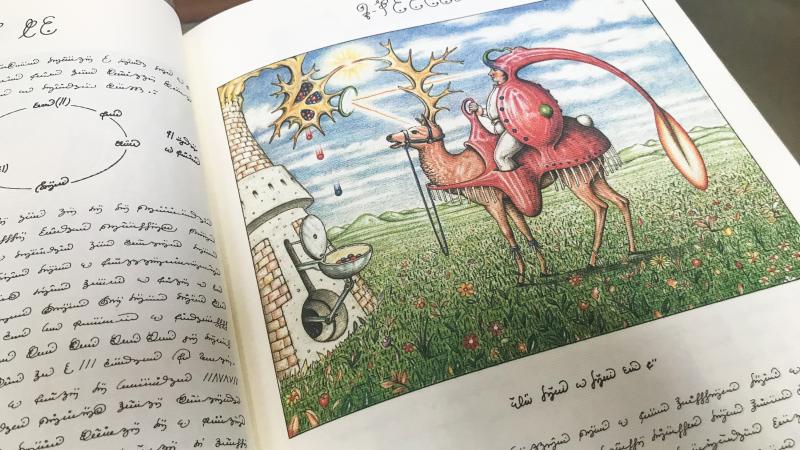 When you first open the "Codex Seraphinianus" — an enormous, leather-bound volume, weighing over 20 pounds — it feels as though you discovered some kind of history book crossed with a spell book. It has a magical air to it, full of bizarre illustrations and beautiful calligraphy in a made-up language. The codex has inspired a following that has spun off college courses, fierce linguistic debates, and even a few tattoo designs.

The lore surrounding the book is incredible to dig into. Originally publishing the tome in 1981, author Luigi Serafini says he buried the first edition in a Vatican garden, hoping it would be unearthed and would inspire a cult. But he went on to tell Charles Monroe-Kane that his cat actually wrote it. So, there’s that.

Publisher Charles Miers told Charles why he published the book, and why trying to understand it isn't really the point.