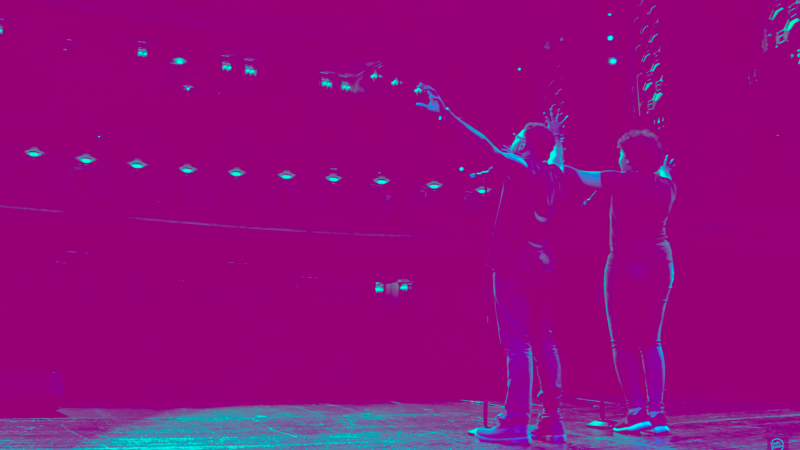 Love and longing, loss and isolation, all kinds of emotions and real-world happenings are part of a teenager’s day. Some teens would rather express themselves in rhyme and written stanzas than everyday conversation. Poetry gives teens a voice and a platform they might not otherwise find. Around the country, teen poets are writing and joining in a community of spoken-word artists, with plenty of competitions and arts organizations drawing young people into the world of poetry.

Charles Monroe-Kane recently sat down to talk with the founder of the "Louder Than A Bomb" youth poetry — poet Kevin Coval — as well as two high school poets — Luis Carranza and Kee Stein — to hear more about how poetry is empowering teens.

We were inspired by this interview and wanted to hear more of the work of teen poets, so we've collected four poems from Carranza and Stein, as well as poetry from other teens all over the country.

Louder Than A Bomb, Chicago

Louder Than A Bomb: The Chicago Youth Poetry Festival brings thousands of teenagers together every year for competition and celebration. The slam was the subject of a 2010 documentary, "Louder Than A Bomb."

Kee Stein reads an original poem for the show “What Can We Learn From Teenagers?” on To the Best of Our Knowledge.

Kee Stein, poet from Young Chicago Authors and Louder Than A Bomb.

Luis Carranza, teen poet, reads an original poem for the show “What Can We Learn From Teenagers?” on To the Best of Our Knowledge.

Luis Carranza, poet from Young Chicago Authors and Louder Than A Bomb.

Power Poetry’s tagline is “Write Your Own Life Story,” encouraging young people to use their own voice and writing to claim who they are. The site features some practical advice, like “4 tips for writing a love poem that isn’t lame,” and “7 tips for writing poetry about LGBTQ issues.” Power Poetry started in New York City’s East Village, but their digital slams are open to teens from any geography. Their top ten themes include race, love, bullying, health and Donald Trump. Thinking about whether to write a poem or not? Here’s their take on why you should write a poem.

The Revolving Door Arts youth poets read their poetry and talk about what it means to them to have it published.

Inside Out Literary Arts Project, Detroit

Youth Speaks is a teen poetry slam in San Francisco, which has spun off national programs like Brave New Voices Network Initiative. Hosting poetry slams since 1997, the organization brings young poets from around the country together for workshops and slams.