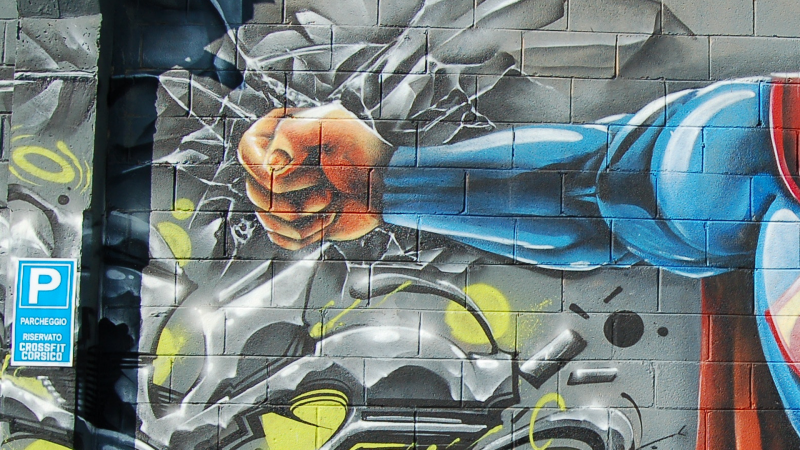 Jon Ronson is the author of "The Psychopath Test" and "So You've Been Publicly Shamed," as well as the audio documentary series called "The Butterfly Effect"

My dangerous idea is “Can real-life superheroes surpass the police in crime-fighting?”

We turned the corner and it’s like three o’clock in the morning at Belltown, in Seattle, and it was like The Wire. This group of guys were saying, “What are you doing coming here with your superhero costumes? This may be fun and games to you but it’s not fun and games to us. This is how we feed our families.”

I was obviously nodding in agreement with everything the crack dealers were saying, in the hope that if the shooting started they’d considerately remember to shoot around me. The superheroes all had bulletproof vests on—I had on like a T-shirt and a cardigan. And I still had my suitcase with me, actually.

And then they all gathered at the bottom and then Phoenix said to his superhero cohorts, “Do we stand or do we leave?” And they both went, “We stand.”

I was utterly terrified. I mean, I’ve done a lot of dangerous things in my line of work, but this felt really like this could be the end. I was utterly terrified. Then they all started walking towards us, and they got to us, and one of them said, “You are seriously willing to do for this?” And Phoenix said, “Yeah.” And he said, “Well if you’re going to be so stupid as to die for this, then I guess we’re going to have to go home.” And they all dispersed and went home. And so Phoenix won. Phoenix won.

Phoenix said, “We’re going to stay for an hour and consolidate the block do you want to stay with us?” And I said, “No I do not!” So I went back to my hotel where my legs buckled, and gave way, and I fell onto the floor.