How Hands Have Shaped Humanity 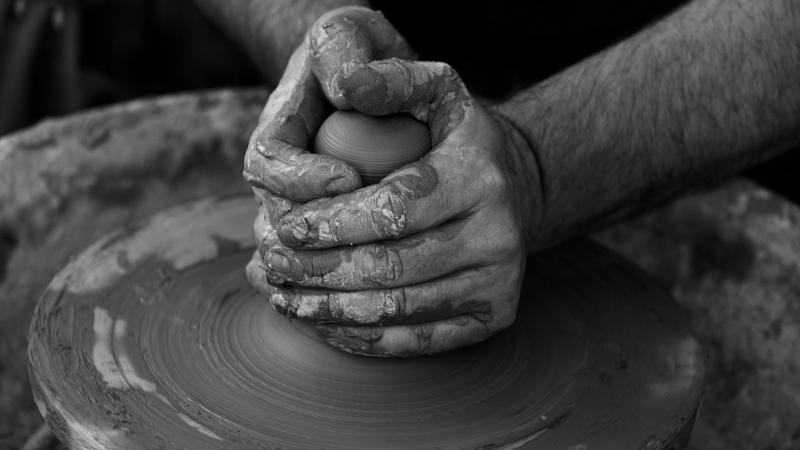 Take a look at your hands. When was the last time you stopped to marvel at them? We have hands that can do things like knit, draw, throw pots, and build houses. In fact, there’s a philosopher, Colin McGinn, who thinks hands are what made us human. He lays out his argument in his book Prehension.

These transcript excerpts have been edited for clarity and length.

On hands, tools, and being human

Colin McGinn: The theory of my book is that the hand that saved us from extinction. Over the long course of evolution, it led to our becoming the dominant species that we are, and the main factor was probably the role of the hand in the use and creation of tools.

Steve Paulson: Basically, the trajectory is that we started roaming the savannahs, and our ancestors at that point were upright and walking on two legs. So that frees up the hands to make tools?

CM: Exactly. Our hands are different from the hands of our ancestors – their hands had longer fingers and much shorter thumbs, and they were not as nimble as ours. Our hands also have a lot more nerves in them, and we’ve got shorter fingers and a longer thumb. This would have been a result of the new use of the hands. The thumb is what you use when you're gripping onto something like a club – that is sometimes called the power grip. And then there is the precision grip, which is what you use when you're holding a pen or something small, and the precision grip is probably what led to our success as a species.

SP: We know that a lot of other animals do use tools, and I mean simple tools. For instance, chimpanzees use sticks to fish termites out of their nests, and they use branches as weapons. Are you saying there was sort of a more sophisticated cognitive activity that developed with the human hand?

CM: What you will find is a gradation, a continuum. The other apes on the planet now have the ability to use tools, but it is not as developed as ours. Apes fashion fishing rods to get termites out of nests, but they don't make automobiles, they don't make furniture, and they don't make houses in the way we do.

Our brains developed with our hands — as the hand evolved to develop finer motor control, the brain evolved with it.

CM: It's often called “coevolution.” When spears were held, the hand had to adapt to be better at holding a spear than other members of the species. Once the hand is different, the brain has to be good at powering that new hand.

The brain that we developed was the brain of a tool user, and there are many aspects to that. There is a social aspect to it because people make and use tools together, so there is a coevolution of society as well as tools.

Our hands developed along with language, too

I tried to give an explanation of how the hands played a crucial role in developing language. For instance, the hands are useful in mimicry, so we can use the hands to mimic things like puppets.

Suppose [a tribe of hominids] wanted to point out there was a dangerous predator at a certain place. They might mimic the action of one fierce animal attacking another, so the right hand could be used in an attacking motion on the left hand. That would suggest to people “ah, that's rather like a big cat – a saber tooth tiger attacking a poor puny human! Let's not go over there.”

References to the link between hands and intelligence permeate our language — "to grasp", "to comprehend" "to be seized by," or "to grapple with a problem."

CM: It's amazing when you start to notice it, how much talk about our minds is shot through with these metaphors, if they are metaphors. I actually don't think grasping with our mind is metaphor. The term “prehend” is simply Latin for grip. It's not an accident, surely, that that is the way we talk about the mind.