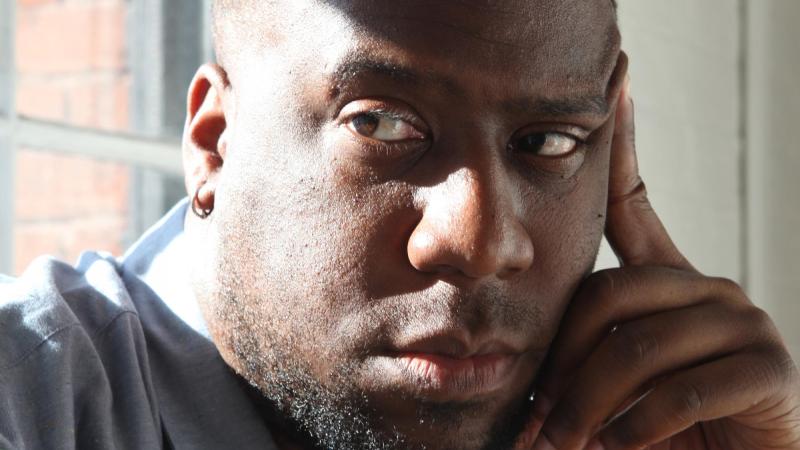 Jazz artists have always borrowed bits and pieces from other music genres and then remade them into something new. Case in point — Robert Glasper.

Glasper is a Grammy-winning jazz pianist, but he frequently collaborates with artists from all kinds of musical backgrounds. A few years ago, he started messing around in the worlds of R&B, hip hop, even rock and roll. His experiments became an album, called Black Radio – which is almost impossible to categorize.

Robert Glasper: I named the album "Black Radio" because I feel like when music crashes around you, good music always survives. You can always go back to great music no matter what's happening on the radio stations, so I named this album "Black Radio" because I felt like this is one of the albums that will survive amongst all the crashing and burning that's going around us.

Steve Paulson: So you think music is in pretty sad shape right now?

RG: I think so, at least the music that is put in front of everyone's faces. The music that normally makes the Billboard charts.

SP: In your liner notes you're even stronger about that — you say "the collective dumbing down of our music is the greatest tragedy we can impose on generations to follow."

RG: Indeed. These certain songs —"I'm in the club," "shaking my ass," "I got guns," "look at my cars." It's like five subjects that you have to be talking about in order to make mainstream radio now.

SP: So are you talking specifically about hip hop here?

RG: Hip hop and R&B. In order to make an R&B song that's going to be on the top of the charts, the music has to be a certain way, has to be of a certain formula. And if you're a girl, you have to be somewhat of a Beyonce—you can't just be a talented vocalist with a really good song.

SP: You need to look a certain way too.

So every record label is searching for the same person to compete with the other same person.

SP: So where do you come into this then, as someone who loves music but doesn't like a lot of the most popular music out there?

I've always been on both sides of that world: I'm a Blue Note recording artist — I played in Christian McBride's band and Kenny Garrett's band and Russell Malone and Roy Hargrove and Terence Blanchard. But at the same time, I'm also Maxwell's piano player, and recorded and played with Q-Tip and I'm Mos Def's music director. So I do that side too.

My point was to cross over in doing this record, doing a record that kinda flirts with a lot of different styles but also did it on the Billboard [charts] — to my surprise.

RG: Some people in the jazz world are probably saying "slow down, [stop] selling out doing this hip hop stuff" but actually I'm being honest. I'm of the hip hop generation so I'm doing what's within my generation.

SP: I have to ask about this crossover because this is a fascinating collection of music you're drawing from on this album. You have David Bowie tunes, Nirvana, as well as the classic jazz tendered Afro Blue. It raises the question, what holds all this music together?

I think what holds it together is having a band that also has that same eclectic taste in music — and who can play that kind of stuff in a fashion that's comfortable and effortless. It brings everything across in a very honest and effortless and casual way, versus it sounding like we're trying to be cool by doing these songs. When in fact, I've loved Nirvana since I was in the sixth grade.

That specific song “Smells Like Team Spirit” for that long as well. I'm just being very honest about what I like — it's just that people don't expect you to like certain things, I guess.

SP: So how would you describe your version? Is this jazz? Is this rock?

RG: It's all just a bunch of stuff in one. I think it's a more laid back urban approach. Especially towards the end, it gets there; it turns into more R&B slow jam out of nowhere, which I love — it literally comes out of nowhere and it wasn't even planned that way.

We just kinda happened that way and "Layla" just happened to be in the studio while we were recording that song and we were all like, "Hey! Come and sing on it!"

I feel like it's the urban version of "Teen Spirit," speaking to everyone, just like the original was, just in a different way that everybody can hear it.

SP: So what is it about the way jazz is usually played that you don't like? Do you feel like it's too stuck in the past?

RG: Way too stuck in the past! When you listen to a lot of jazz nowadays, they're drawing from 1960 and before. They make that their whole thing.

The thing that's different is that those cats were not doing that. The cats in 1960 were not drawing from 80 years before them — they were playing what was fresh, cool and hip at that moment. That was the hip hop of its day.

We now are drawing from the past and kind of making the past our present in some way. And that's not what our founding fathers of music had in mind.

SP: Let's talk about what you do. Just to cite one example from a previous album "Mood," you have an arrangement of Herbie Hancock’s "Maiden Voyage," which features vocals from the hip hop artist Bilal. And you're also sampling, on piano, the Radiohead song "Everything In Its Right Place," which raises the question: what is this? Is this song jazz, is it hip hop? Does it matter?

You have to take things that are around you and you have to tell your own story. I can’t tell the story of somebody in 1960. That’s why those songs don’t do anything for me.

SP: We’ve been talking about some of the great singers who are featured on your album "Black Radio," and one of them is Erykah Badu, who sings the classic "Afro Blue." Tell me about that choice.

RG: Ever since I heard Erykah Badu’s voice, I’ve always thought she sounded like a reincarnated Billie Holiday. And she’s embodied that, it’s not even like she’s trying, it just is.

She did thank me for turning her on to this song after the fact. She’s like, "Oh My God, I love this song, I don’t know why I’ve never heard it!" So when I did this arrangement, I did it specifically for her, and she loves flutes. I specifically made this arrangement just for her and it came out so great, she sounds so natural.

At the end of the day, I don’t care what you’re saying — if I can’t listen to your voice, I don’t want to hear you talk. Sound is the first thing you hear, then after that it’s, "Oh, what are they saying?" They can sing really good, but the first thing you hear is the sound of their voice, and everybody on this album, they all just say "la" and you know who they are.