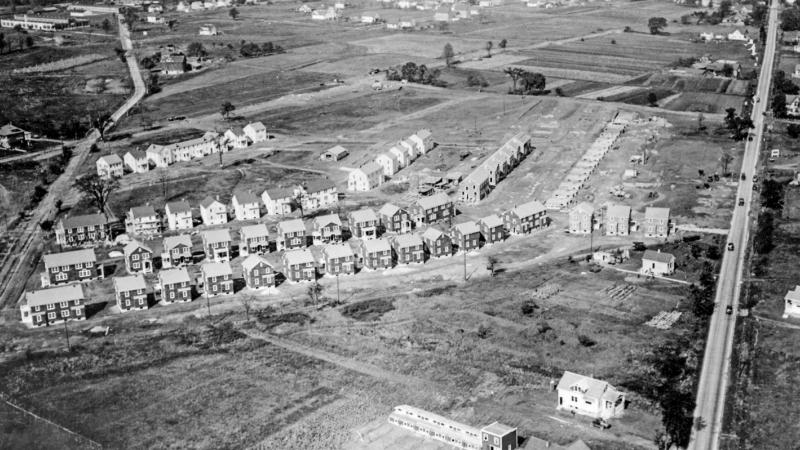 Could socialism ever really take off in America? Just over half a century ago, socialists led a major American city — Milwaukee, Wisconsin. A city better known for beer than radical politics. And yet, once upon a time, it elected a string of socialist mayors, including Frank Zeidler, who ran the city from 1948 through 1960.


One of these socialist projects was the Garden Homes district, a housing project modeled after the British “garden city” movement that provided working class people with well-built homes, yards, and easy access to a local park. In 1988, the neighborhood was added to the national register of historic places.

Like many neighborhoods at the time, when the houses in Garden Homes were completed in 1925, they formed a whites-only community. It was the first co-op of its kind, and residents made regular contributions towards stock in a non-profit corporation instead of rent. But within a few years, the neighborhood became lucrative and changed from collective ownership to private ownership. By the 1960s, the neighborhood had changed demographically, and became a middle class black neighborhood.

Today, the neighborhood struggles to find its future. Years of divestment on Milwaukee’s north side have presented economic challenges to its residents, and their homes, especially because the maintenance of historic homes can be prohibitively expensive. Many homes sit boarded up and vacant today, but local leaders are hoping to revitalize the historic neighborhood.

Haleema Shah traveled to Milwaukee to learn more about what socialism looked like in practice, and how those policies have shaped the Garden Homes neighborhood today.

Haleema toured the home of Charlotte, one of the contemporary residents of the Garden Homes neighborhood. Below, you can see the house as it is today — Charlotte has been hard at work fixing it up. If you drag the slider down, you can see what the house looked like in 1988, when the neighborhood was first added to the national register of historic places.

Historical in the gallery below come to us courtesy of the City of Milwaukee, the Milwaukee Public Library, the Milwaukee County Historical Society, and the Wisconsin Historical Society. Black and white photographs of the neighborhood are from a 1979 historical survey, and the photos of individual homes are from 1988 permitting for historical restoration of some of the homes; the older color photographs are from 1995 renovations to the Fred Fantl house. 2018 photos were taken during the recording by producer Mark Riechers.