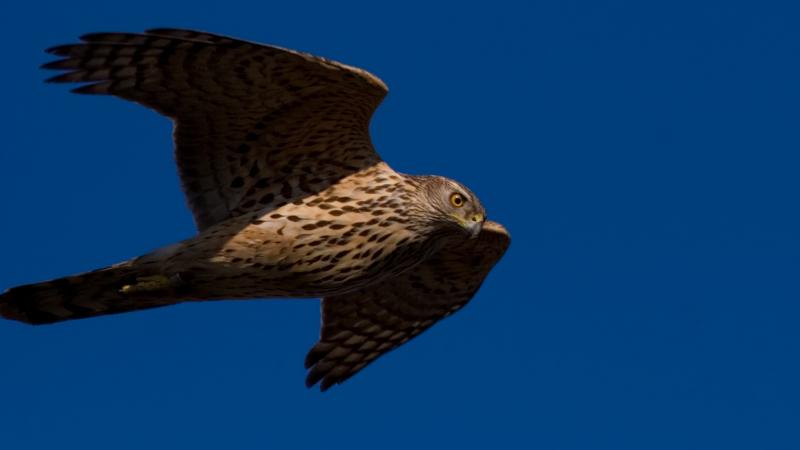 Shattered by her father's sudden death, writer Helen Macdonald began dreaming of wild hawks.  In an effort to move beyond her grief, she bought and trained a wild goshawk — one of the world's fiercest birds of prey.   But between the bird and her grief, she became, in her words "more hawk than human."

You can read a full transcript of this interview on Electric Lit. Here's an excerpt.

Steve Paulson: What was the hardest part about training your hawk?

Helen MacDonald: There were some surprises. I didn’t expect my hawk to be quite so friendly and lovely. In many ways, she was much more well-adjusted than I was. The most difficult thing, I guess, was just that because I was so broken at that time, I would worry an awful lot about whether I was doing things right. One of the strange things about this book is that I’ve had a lot of letters from young mums, who’ve been sitting in their houses with their very young children — obviously nothing like hawks — but they’ve said the book reminds them of what it’s like to be in a room with a very young person who can’t speak and is incredibly precious, and you just worry that you’re doing things wrong. I had this desperate sense, am I messing up this hawk, am I upsetting it?