The Mysteries Encoded In The Secret History of Twin Peaks 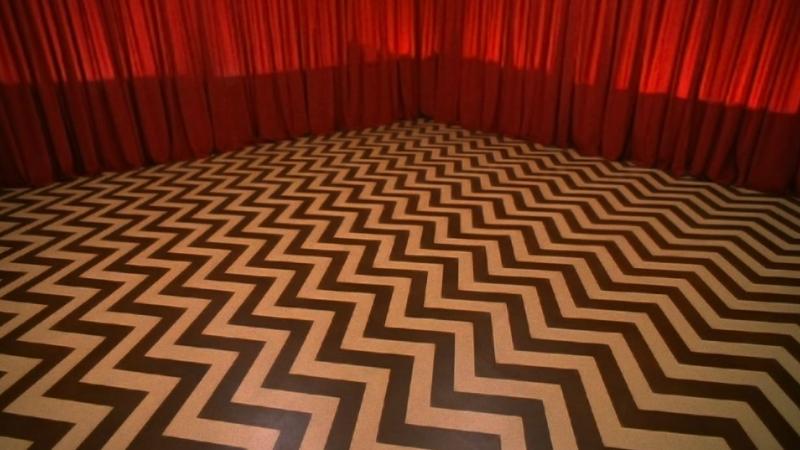 Fair use via The Twin Peaks Archive

As someone who came to “Twin Peaks” long after it aired on television, watching it over and over in long, repeated binges on DVD and Netflix, the impact Mark Frost and David Lynch made on TV as a medium was lost on me personally. Instead, I would obsess over the bizarre details that gave the show a completely unique sense of flair—the omnipotent investigative power imbued by coffee, donuts and pie; the case file described between FBI agents via interpretive dance (for security reasons); a parallel dimension where people spoke in backward riddles and were sustained by the human misery represented on screen by creamed corn. It was completely bizarre and I loved every second of it.

In “Twin Peaks: The Return” — the 25 years-in-the-making follow-up series to the original — Frost and Lynch have tripled down on the weird and the inscrutable. It pretty quickly weeded out anyone hoping for a regular police procedural and left an audience of diehards hoping for strange mythology acted out by familiar characters.

That also meant that much of the storytelling was entrusted to the audience to put together on their own, an exercise in fans filling in the gaps fed by “The Secret History of Twin Peaks,” the dossier of in-universe documents, newspaper clippings and mad scribblings that Frost wrote as a precursor to this new series. It quickly became a reference point that I found myself repeatedly reading from between episodes, quoting its pages off and on all the way to the bizarre conclusion of “The Return.”

As a supplement to the revival on Showtime, Frost a second book, entitled “The Final Dossier,” which fills in similar in-world details as they relate to new characters and details revealed in the new series. The pair of novels serve to bookend the new series and cap off the larger mythological picture he and Lynch set out to paint with Twin Peaks as a whole. In that light, it made sense to revisit this conversation between Frost and our own Doug Gordon, wherein the two talk about mystery and the role that stories like this one play in modern culture. Doug started by asking him why he thought the series had so much staying power over the years.

Mark Frost: There was a desire to just simply participate in some way in this world that we had created. It really was I guess what we now routinely call "world-building" at a very fundamental level. And the place that we created had this advantage of feeling profoundly familiar on some levels and also deeply strange. So that there was an alignment of the mundane and the macabre.

I can't tell you how many people I've subsequently met who really want to live in this world. Dozens of people who actually moved up to the towns that we shot the show in all those years ago when, and went back to shoot in last year. That it was just simply something they felt a kinship to and were drawn to in a mysterious way. So the whole thing has a very strong sense of mystery to it. At a certain point you just have to stand back and say "wow this is really something.”

MF: I would agree with that. I would say that the idea of mystery is something that is profoundly inherent in all of reality. It's a Joseph Campbell mystery as opposed to a murder mystery. It's a sense that there's something going on just beneath the surface of what we can perceive. It's really what people talk about I guess when they're talking about a spiritual sense of reality, that there's something evanescent and hard to grasp and very often seems just beyond our reach, but there are times in our lives when we catch glimpses of it.

DG: Unidentified flying objects also come up on more than one occasion. Why did you want to include so much UFO content?

MF: Number one we had dealt with it in a very particular and specific way in the second season of the show. So there was there was ground for it. Number two it becomes a kind of stand in for the idea of the mysterious experience. And as I delved pretty deep into UFO history, I quickly realized this is a phenomenon that goes back not just hundreds but literally thousands of years. There's this very strange tradition in human storytelling of people being confronted or abducted or meeting beings that they have no explanation for understanding.

I cite an example from the Bible that Ezekiel in the Old Testament sees this flaming chariot in the sky and talks of meeting these giants the Elohim. That's a whole book of the Bible. Well, that's pretty weird. And then I uncovered that in the 19th century, there was a huge string of accounts of people all over the West and the Midwest seeing what they described as giant airships floating across the sky. This is well before the Wright Brothers had ever been up there, but these stories are legion and not all of them have been debunked.

It's a mysterious and persistent part of human existence and it's not just in our culture it appears to be fairly universal.

DG: You mentioned that what we call the UFO experience raises the question: should we have a different name for it? Like what would you call this, if going further back pre-the Wright Brothers and things. Should we come up with some sort of name to describe this kind of experience?

MF: In the 19th century in England they called it the spirit world; they call it encounters with fairies or elves. In Germany, they were kobalds or trolls or dwarves that lived in the mountains. Even when we were up in Washington filming, we were out on some Native people's land and Michael Horse — who's a member of the cast and a Native American himself — took me aside and said that the native people had told him one of the forests where we were shooting was where the little people showed up.

This idea is persistent. We Americans have a tendency to think we know everything because we have a lot of knowledge. But there's different kinds of knowledge.

MF: Well I've thought about this a lot — you know, I was I was 10 years old when JFK was shot. He was buried on my 10th birthday. And for four years, I was obsessed with getting to the bottom of this. There's a whole world-wide industry on who killed JFK that became a kind of alternate way of looking at the world. That was the first time when I was ever really particularly aware that we didn't just have to depend on conventional or authoritative voices, that there were perhaps other ways of viewing it.

DG: That it can't be random, there's got to be some underlying meaning. It's kind of just as sort of the way our minds are wired, right? To detect these patterns and make sense of the world.

MF: Exactly. Once that gets started, once the ball gets rolling, it's pretty hard to stop.

DG: I was surprised to learn that you and David Lynch were originally going to set Twin Peaks in North Dakota, is that right?

MF: That was a very early idea. David had lived in the Northwest growing up and I think we wisely shifted it to the west a few hundred miles pretty early on, I would say in the first couple of weeks.

DG: And you wanted to go to the Pacific Northwest because it was a place that hadn't really been represented much in popular media, and with an aura of mystery about that area?

MF: Also it was that place that Thomas Jefferson sent Lewis and Clark. It was kind of the last unexplored frontier on the continent. It's actually true that he did give Lewis some secret instructions. There were rumors that they might find mammoths roaming that part of the world, or that there might be a tribe of giants that lived there. There was a whole strange rumor at that time that there was a tribe of unknown origin of white Native Americans who spoke Welsh. There was all sorts of strange things that were included, and as we know Jefferson had a little bit of interest in the esoteric himself.

DG: What do you think is the legacy of Twin Peaks the television series.

MF: It touched on some kind of truth that spoke to a lot of people. If you work creatively for a living, sure, you want to entertain people: you want to make them laugh, you want to make them cry, and you want to tell them a story that keeps them on the edge of their seat. But also it's the function of a storyteller is that it's our job to keep mythology alive for people. It's akin to what shamans did in first world cultures: they kept alive the mysteries of the past and that somehow enlivened in the present.

I like to think that at its best, that's what storytellers do for our culture now.