The Strange But True Story of Margery Kempe 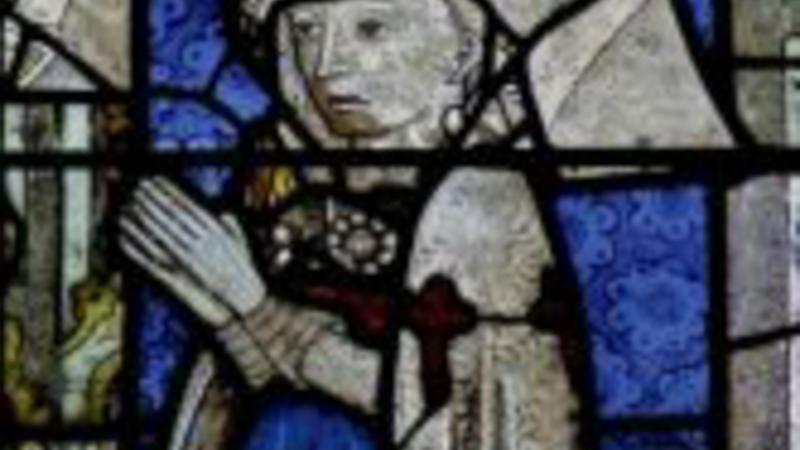 Have you ever wondered when people started writing memoirs? Margery Kempe wrote what is considered the first autobiography ever in the English language. She was a medieval Christian mystic. And while that might suggest she was adored, Kempe herself describes how she annoyed people with her uncontrollable sobbing and her demand to be the center of attention.

To the Best of Our Knowledge host Anne Strainchamps sat down with Anthony Bale, who translated “The Book of Margery Kempe” into modern English, and got to know the medieval memoirist quite well in the process. Bale is a professor of Medieval Literature at Birkbeck University of London.

Anthony Bale: People think she's a whiner. She's a liar. She's a moaner, a kind of self-seeking attention whore, which is the phrase that one person used on Twitter. They regard her as a fake.

Anne Strainchamps: That's a lot of vitriol for a woman who lived more than 400 years ago. Margery Kempe was once one of the most famous Christian mystics in the world. She was a medieval pilgrim who walked across most of Europe and even to Jerusalem. She wrote a memoir considered the first autobiography in English. But both then and now, she irritated the hell out of people.

AB: She's an extremely provocative character. She was born probably in the 1370s and she died around 1439, so she lived until quite an old age. She was from an English town called Lynn and she was quite well born to a good family. She had 14 children.

AB: Fourteen. She then had a kind of spiritual crisis and awakening where she put aside marriage, her family, and she became a virgin. She started wearing white clothes, which is a sign of her virginity, and she started having mystical conversations with God and Jesus and the Virgin Mary. She devoted her life to spiritual conversation.

AS: Obviously there's more to it than just the bare bones of her story if she's still eliciting such strong reactions and pissing people off, even today. What was she like as a person?

AB: We only have her account of herself to go on, but even then she includes in her book many many incidents which show her alienating the people around her and being very annoying. There's an incident early on where she is traveling to Jerusalem via Italy, and the pilgrims that she's traveling ask not to eat with her. So she eats alone for six weeks.

AS: They ostracize her because she's annoying?

AB: They don't like that she won't stop talking about God. These people are on a pilgrimage that's supposed to be holy, but she's too much for them. And then later on she receives what she calls the “Gift of Tears,” which is God-given weeping. And she can't stop. This is obviously very annoying to the people around her — she will suddenly just burst into tears.

"No, they were not quiet. They absolutely were not quiet. That's the one thing they weren't. She describes them in detail. Her crying involves falling to the ground, moving her body, kind of gut wrenching sobs, and screaming. She sometimes used her crying to make an intervention. She would gain the spotlight by suddenly bursting out crying." — Anthony Bale

AS: Do we know anything about what these tears from God would have been like? I mean are you talking copious, hysterical sobbing, very dramatic? Or did tears just quietly trickle down her cheeks?

AB: No, they were not quiet. They absolutely were not quiet. That's the one thing they weren't. She describes them in detail. Her crying involves falling to the ground, moving her body, kind of gut wrenching sobs, and screaming. She sometimes used her crying to make an intervention. She would gain the spotlight by suddenly bursting out crying.

AS: It seems like — today — we would just say she was hysterical and had some terrible need to be the center of attention, much like certain contemporary celebrities. Do you think that about her, that she was just attention seeking and none of this was real?

AB: Not at all. The very first editor of her book said she was a neurotic and other people have said that she was suffering from postpartum psychosis after all these children, that she was psychotic, or that she had frontal lobe epilepsy. So people have kind of tried to explain this through medicine. But actually her crying is something that lots of medieval holy women did. You might see it as a way that women in particular could express themselves, as women weren't allowed to preach in the church. She's weeping because God has given her these tears.

AS: I find this really fascinating what tears can mean in a social context. I know you're interested in the concept of emotional history. We tend to assume emotions just are. They happen to us, and maybe we have some different words for describing them, but not that we experience emotions differently than our ancestors did.

You might see it as a way that women in particular could express themselves, as women weren't allowed to preach in the church. She's weeping because God has given her these tears. — Anthony Bale

AB: Absolutely. People are now considering emotions as historically-specific practices. A very good example is when Kempe first sees Jerusalem. This is a high point for her. She's traveled all the way from England to the Holy Land and she arrives on a mountain where she glimpses a view of Jerusalem. She experiences joy, which is a specific word in the Middle Ages which doesn't mean happiness. Joy is a very hard emotion to get and you don't have it for long. It's something which is very closely linked to its opposite, which is woe or heartbreak or sadness. Joy is particularly associated with glimpsing God or being close to God.

AB: It's not quite as high as ecstasy, but it's getting there. And joy is very hard-won.

AS: She’s talking about a kind of joy that’s almost painful.

AB: Absolutely. Exactly. Extreme emotional outbursts were a part of Christianity. Margery Kempe wears a hair shirt made out of badger fur. To perform a kind of penance, suffering, emotional victimhood is a very common thing in this period, partly because it allows one to identify more closely with Christ.

AS: Surely also because it allows one to escape  daily life.

AB: That's what pilgrimage does for Margery Kempe. She's able to go off to Spain, off the Holy Land, off to Italy, off to Germany, and Poland, and Norway, and her mystical relationship with God actually allows her to leave her husband, her children, and two failed businesses. So yes, it allows her to escape.