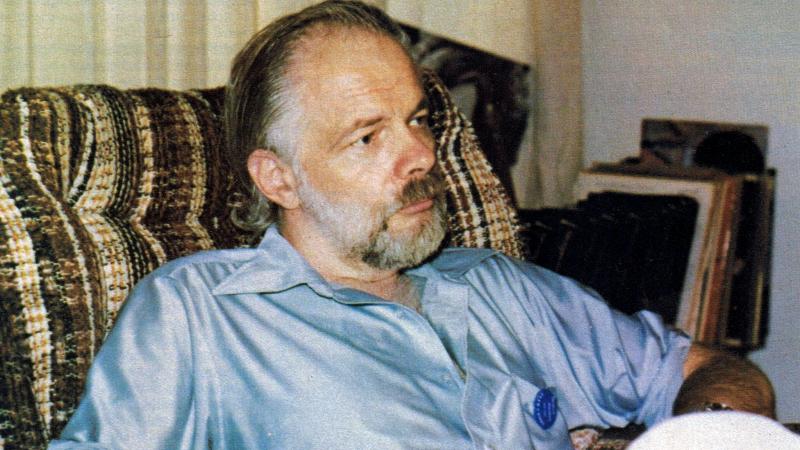 Jonathan Letham is one of Philip K. Dick’s biggest fans. He's the guy behind the Library of America's three volume set of Dick's work. And he says the writer himself had mixed feelings about literary fame.

He was a very divided soul about whether or not he had accomplished what he initially set out to do as a writer. He had very strong ambitions as regards the literary mainstream. He wanted to become legitimate and worked very, very hard and quite hopelessly in the 1950s and early 1960s writing a string of realist novels that went unpublished at the time.

And when he finally gave up that attempt and put all of that energy completely into the science fiction — which he thought of as a kind of way to pay the bills or kind of a slightly embarrassing side career — suddenly the books become much, much better. It's as though he's merged his mainstream ambition with his science fictional imaginative material, and so he very quickly becomes a writer unprecedented in that field, or anywhere. Someone with a lot of emotional and psychologically realistic impulses, and very strong confessional impulses. I mean he writes autobiographically again and again and again, without it being obvious that he's doing so.

But he demonstrates one of the most extraordinarily weird imaginations ever given to a literary writer. You know you can look to [Franz] Kafka or [Jorge Luis] Borges, or someone like Kobo Abe or Salman Rushdie, but there's really almost no one with as many simply wild ideas and wild images available to them as Dick had.

I think that the form of character that Dick specialized in, truthfully, was almost a helpless symptom of his own personal intensity. He wrote about angry, confused, overwhelmed, sensitive, yearning, little men who felt at the mercy of this future that was coming, and that he was describing. And he did so because in many ways, he was a very turbulent, very sensitive, very helpless individual. And he poured himself onto the page. And so that's the kind of realism that he specialized in.

I've written about Dick again and again and never felt that I'd completely gotten it right because he's such an important presence in the constellation of my own influences. I could never stop thinking about him in a way. In some ways, essay by essay, I'm backing into writing some huge, completely unsatisfying book about Philip K. Dick in all of these attempts. But this is the most recent one.

Dick tended to give his main characters powerful but unsteady father figures, often resembling Dick's boss Herb Hollis at Art Music — this is a shop that Dick worked at when he was briefly employed before becoming a full-time writer. Men both bullying and charismatic, generous and treacherous. Another version of this archetype recurs in the films of Orson Welles, with the "big father" often played by Welles himself as Falstaff or Kane or Hank Quinlan.

I fooled with this motif myself — most obviously in in the Frank Miller character from "Motherless Brooklyn" — but more often have defaulted in my writing to a primary relationship more like siblings or friends. Pairs linked by bonds of guilt, yearning, and mutual betrayal. This may be typical of the difference between the post-war Boomer generation of which Dick was part, those whose parents were toughened by the Depression and World War II, and my generation — we who experienced the questing, self-revising boomers as our parents.

For myself and my friend Jake, there were times when our parents were less like parents and more like crazy friends. As a result, our friendships involved a measure of mutual parenting, or at least since mutual parenting was really impossible, the impulse to rescue one another from our parents squishy legacies.

And truly for all my reverence, I never really looked at Philip K. Dick as a literary father. More like a brilliant older brother whose brave and also sometimes half-assed forays charted wild paths for me to follow.