When Family Photos Go Too Far 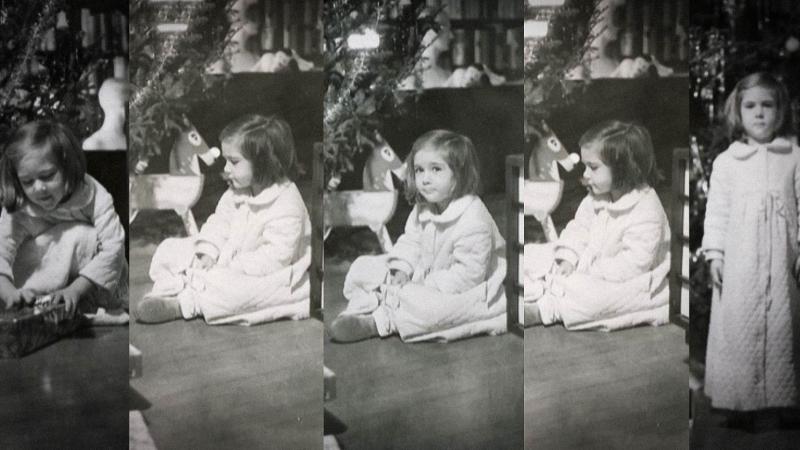 Marina Lutz grew up with a father who was obsessed with watching her. He took thousands of photos of her, shot hundreds of reels of super-8 film. She discovered the full extent of his obsession as an adult, and made an award-winning short documentary about it called “The Marina Experiment.” This is her story.

Marina Lutz: When I first discovered everything, I would’ve been 37. I had just moved back from Los Angeles and I decided to clear out my storage space which had all my parents stuff in it. I came across all these boxes, full of Super-8 film and reel-to-reel audio tapes, and loads and loads of photographs. My friend Jean was with me — she saw it as a treasure trove, whereas I was in disbelief. I had no recollection of being filmed or being tape recorded. I didn’t remember that at all.

There was a Super-8 film of me just before puberty. My breasts were starting to develop and my father took footage of me with my head cut off — it looked like he was focusing on my developing breasts. I had my cat in the shot and I was basically torturing the cat, which I imagine was because I was trying to distract my father because I knew he was looking at my breasts.

But I don’t know how aware I was, if I even was present in that moment. In so many ways it feels like I might have just left my own body when stuff like that was going on — I tend to still do that now when faced with something traumatic or distressing.

There is a series of photographs that he took of me potty training. Some people might look at these pictures taken out of context and just say “ Oh, those are pictures of a child potty training!” But for me, and the reason I use them in the film, was because in that instance and in quite a few others there was repetitive photographing on his part of women's behinds. And when I looked at it, it was like I could feel him lingering on me longer than need to be. That's what the pictures felt like. It was the male gaze that I felt from him when I saw the pictures.

There was a picture of me when I was maybe thirteen or fourteen where he made me pose in white cotton underwear in a hallway in our apartment. It was the hallway outside my bedroom. And I’m obviously extremely uncomfortable and very unhappy. You know, it was very inappropriate. Why would a father be asking his fourteen-year-old daughter to pose in her underwear so he can take a picture? I don’t think that's right.

On the audio tapes really was a lot of bullying. I mean, the memories that I had were and are and continue to be visceral. So just hearing his voice and also hearing him constantly bullying me into doing things that I didn’t want to do … and hearing myself as this tiny little girl sort of weeping and not wanting to do things...

In probably 2003, I started really going through the archive again and decided that in order to bring some of the material into my therapy, I needed to try to use editing to put together little snippets that I could bring in and show my therapist, so that she can understand how this stuff made me feel.

I got a predominantly positive reaction from a lot of people, people that had had similar experiences, which was just appalling to me. They continue to email me, thanking me for providing evidence for them that this kind of behavior exists and that this kind of thing is wrong. I’ve also gotten, not as much, but a certain amount of very angry correspondence from men who think I deserve jail time for the slander of my father and who think that I took innocent photographs and put them together in a way to make him look particularly terrible.

I refer to everything in the archive as evidence, because that's what it feels like to me. It’s not documentation of a happy childhood. There’s not one picture of my parents hugging me. There’s not film of them hugging me. There’s no evidence of them ever holding me or loving me or caring about me. In the pictures that are taken of me, I am always posed or looking extremely unhappy. So I guess its evidence of a very sad childhood.

I don’t like the word victim, and I say that in one of the pieces that I wrote, that I prefer to think of myself as an opponent. Although, I don’t know of what other word to use. I guess I feel like a victim now in that I'm constantly coming up against the same challenges that I can’t get past. I mean, all I really want is what everybody wants in life: to be loved. But I don’t know how to let that love in. Because my experience with that has been so negative that it doesn't feel good when somebody actually cares about me. It feels terrifying.