When It's Real, The Stakes Are Higher 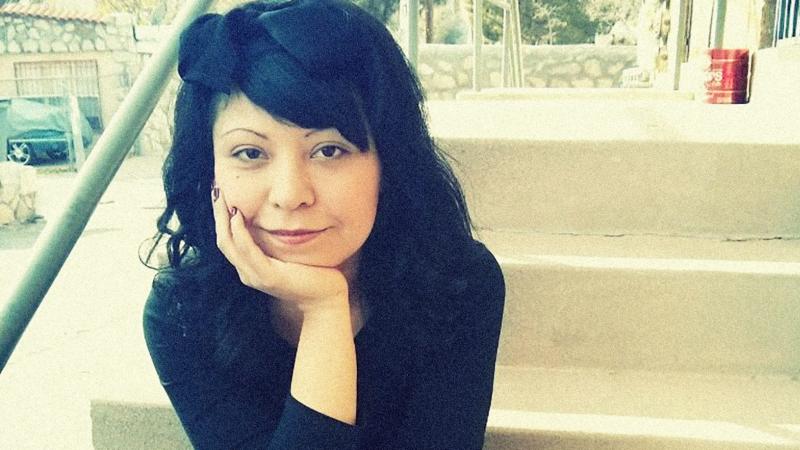 Isaiah Mailhot (via the author)

Slender yet epic, "Heart Berries" is a 124-page hearty and heavy powerhouse of a memoir. In the book’s spare prose, author Terese Marie Mailhot describes her experience growing up in poverty, amidst addiction and abuse on the Seabird Island Band in British Columbia, or as she calls it, the "Rez."

Mailhot, 36, wrote this first book in homage to her mother, who died more than a decade ago. Her mother would spend evenings writing poetry at an electric typewriter. Mailhot said this book is composed the way her mother would have written it, a work of tonally diverse art.

"I opted for striking with a lot of blank space," Mailhot said of the book, released in 2018. "I’m talking about intergenerational trauma without using the words."

The spartan language means the reader has to do more work, which is just as Mailhot planned. You might tear through this book quickly, but it will not be an easy read. All the better to linger in your memory.

The language of the book also reflects the state of Mailhot’s mind when she started writing this book, when she was committed to a mental institution and composing letters in a notebook to the man who would become her husband, writer Casey Gray.

"I was illustrating how crazy my mind was, the line gets blurred in time and space," she said.

Mailhot has been diagnosed with post-traumatic stress disorder and bipolar disorder, which impact and inform her reactions and descriptions. Even now, ladybugs, those seemingly innocuous insects, give her the shivers, as they once surrounded her, seemed to be everywhere, with strange smells and small bites.

It took about four years for Mailhot to write the book, starting at first as fiction but soon turning instead to non-fiction — it felt more honest. Writing the truth, she said, was like going to the therapist’s office.

"Healing happened when I admitted the thing I was scared to say," she said.

This is not to say writing truth is easy, and it is sometimes exhausting.

The endless talking about her abuse and her own decisions in life, after revealing them to the world, is a constant reliving of memories she sometimes wants to forget again.

In the book, Mailhot recounts losing custody of her son, being the target of racism and violence and giving her husband a black eye. She also doesn’t love being labeled as a survivor, or pitied. If it helps people, that’s good.

"But then I need to decompress," she said

Lidia Yuknavitch, author of the memoir "The Chronology of Water" and novels including "The Book of Joan," said Mailhot’s writing is impossible to ignore. They met at the Institute of American Indian Arts, in Santa Fe, New Mexico, where Yuknavitch was a visiting writer.

"It's as if she has invented a language of her body that cuts to the core culturally and emotionally," said Yuknavitch of Mailhot’s work. "Her formal moves are breathtaking and brilliant to me, the way she'll bring a beating heart to the surface of any content. She is not afraid to write open the territories of violence or pain or psychological and emotional struggle. She is not afraid to put her body into lines that challenge the very cultural inscriptions meant to keep her quiet."

About 10 years ago, Mailhot received her GED. In 2016, Mailhot graduated from the MFA program at the Institute of American Indian Arts at the same time as her friend Tommy Orange, whose own first book is a novel called "There There."

"When Terese speaks — and even when she posts on social media — she cuts to the point. She is just such an honest and true person," Orange said. "It's no small feat to do what she's done with 'Heart Berries.' Its scope is tremendous, and its individual sentences are explosive."

Orange is a member of the Cheyenne and Arapahoe tribes who grew up in Oakland, California.

"We were not told we could make a living as writers ..." Mailhot said of herself and Orange as young MFA students.

So, she said, "Both of us agreed we’d knock it out of the park."

The two have had parallel successes with their debut books. Mailhot and Orange sold their books to publishers within two weeks of each other in 2017; the books then became New York Times bestsellers a year later.

"We have similar worldviews, and are writing from similar places regarding the contemporary Native American experience," Orange said. "I think this new generation is resisting those old tropes by doing new things with form, and by writing in what it means to be Native today — as we've for so long been considered authentic only historically speaking."

More complicated has been the support of writer Sherman Alexie, an early mentor of Mailhot’s who writes the introduction to "Heart Berries," and who has been accused of sexual harassment. Mailhot said future editions of her book will not include Alexie’s words.

"His name emotionally affects me to see it right now. There is a sense of betrayal," Mailhot said.

She said her work is influenced by a variety of writers, including Adrienne Rich and Emily Dickinson. But her own is not quite like any of them.

"I didn’t see a book that represented the experiences I had growing up," she said.

Now Mailhot and her husband Gray teach in the English Department at Purdue University, where she is working with and encouraging a next generation of writers.

The post-publication book tour part of this experience has been exhilarating and tiring.

"Heart Berries" was a finalist for the Hilary Weston Writers’ Trust Prize for Nonfiction. For this awards ceremony, she bought a red velvet dress and wore costume jewelry for the first time ever, and sort-of joked if she won, what she really wanted to buy was a minivan. (Unfortunately, she did not win.)

But, life happens, too.

During her book tour for "Heart Berries," Mailhot had to cancel an appearance in Portland when an older family member became very ill. It made Mailhot, whose children are 15, 13 and 3, all boys, return to being with her family, and to writing.

A notebook is back out. She likes notebooks now that have kitschy inspirational sayings on them, or all yellow objects, or something in French she’s not sure how to translate.