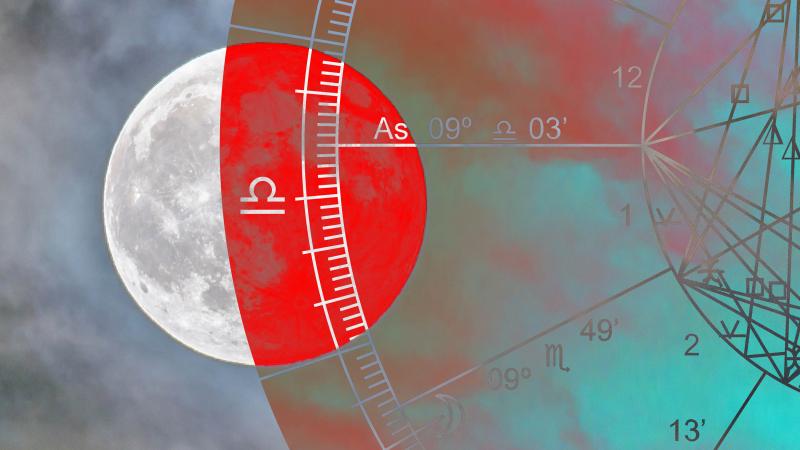 The people who love you want you to know that you’re special. But astrology, the Myers-Briggs test, and even Buzzfeed will place you into the same archetype as thousands, possibly millions, of other people.

So why do so many of us still turn to them? It comes down to crafting a personal narrative using archetypes.

Can we focus on me for a second?

Archetypes — be it through astrology or personality tests — allows us to indulge ourselves by focusing on, well, ourselves.

And if the archetype doesn’t fit, Whelan said our options are pretty simple.

“If the archetype conflicts with how we think about ourselves, you know what we do? We just ignore it and take another personality test.”

Alana McKeever is a 24-year-old millennial who says she checks her horoscope every day. “I’m ironically into my horoscope,” she said. “Which means I don’t really believe what it says, but also, I totally do.”

For her, it’s a good jumping off point to get to know someone.

In job interviews, she has even asked applicants about their horoscope.

“They loved it. I feel like I have friends now from those interviews,” she said.

Whelan doesn’t place much stock in astrology, but she does see utility in personality tests backed by psychology, even when some of them have their doubters. Like McKeever, though, she does believe archetypes can bridge people, and that it can help in the workplace — sometimes.

“There can be a downside to them as well. Often we see these personality tests used in a workplace environment, where you are kind of judging people in terms of whether you’re going to hire them or promote them.”

Where are we going, again?

Ryan Evans is an astrologer based in Viroqua, Wisconsin, and he thinks the interest in astrology is intrinsic to human nature.

“It is as ancient as human consciousness is,” he said. “We have always looked to the natural world and the night sky for clues and hints on how to navigate this crazy human life.”

The appeal of a "divine order" to personal chaos holds appeal for McKeever. As a Libra and sort-of-astrology-believer who had a career change and a relationship end within a two month period, her horoscope provides a way to contextualize life changes big and small.

“It doesn’t have to be true,” she said. “The point is to read it with the lens of your own life on it...it helps you reflect in a way that is sort of fun and a little bit spiritual,” she said.

In a world of constant change, Whelan says archetypes help us decide who we are and what our existence is. 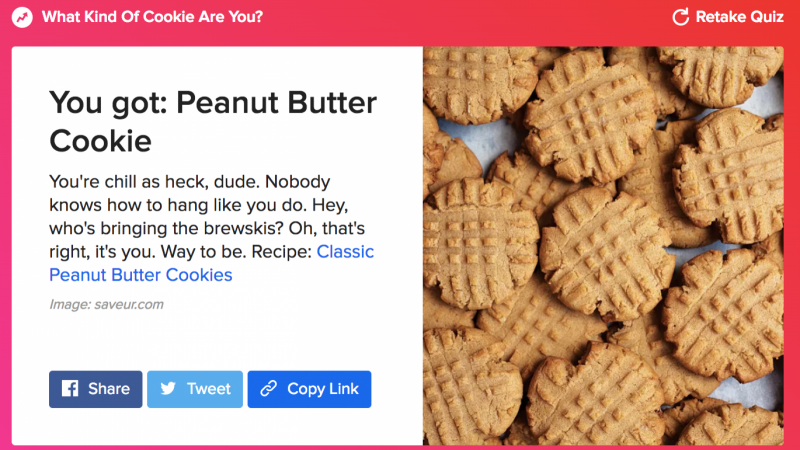 A Buzzfeed quiz result. You are a Peanut Butter Cookie, but if you disagree, you can always find another quiz. (Buzzfeed)

Evans said that he has seen interest in his work grow in recent years, and part of it is because astrology isn’t just found in the back pages of newspapers and entertainment magazines anymore. It’s on everyone’s phone.

“I think it is becoming more popular and I think a lot of that is thanks to the internet and how easy it is to access,” he said.

When it comes to archetypes, from the Buzzfeed quiz telling you which kind of cookie you are to Jungian personality tests, Whelan agrees that the digital world has given a lot of people struggling with their identity easy access to answers about who they are.

But she says to tread carefully.

“If we actually take them seriously, then we can also feel quite badly about ourselves. [You could wonder] ‘why am I not a snickerdoodle? Am I not sweet enough? What did I answer wrong that I am actually an oatmeal cookie.”