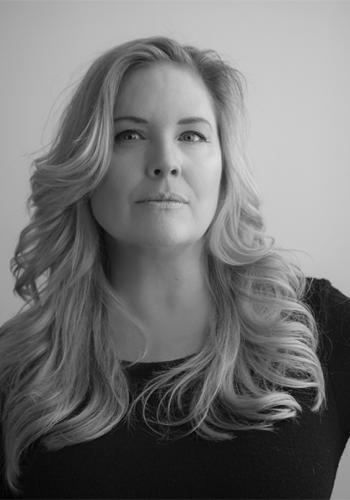 Dr. Heather Ann Thompson is a native Detroiter currently on faculty of the University of Michigan in Ann Arbor.

Thompson has just completed the first comprehensive history of the Attica Prison Rebellion of 1971 and its legacy for Pantheon Books. This book is slated for a Summer 2016 release in time for the 45th anniversary of the Attica rebellion. To recover this story Thompson has immersed herself in legal, state, federal, prison, and personal records related to the Attica uprising and its aftermath (some never-before-seen) located in archives, governmental institutions, and various individual collections around the country and the world. With these varied and rich resources she seeks to recapture the full, dramatic, gripping, multi-faceted, and complex story that was Attica, and hopes to underscore for readers everywhere this event’s historical as well as contemporary importance.

While completing this history of the Attica Uprising, Thompson has written numerous popular as well as scholarly articles on the history of mass incarceration as well as its current impact. These include pieces for the New York Times, Time Magazine, The Atlantic, Salon.com, Dissent, New Labor Forum, as well as the award-winning articles: “Why Mass Incarceration Matters: Rethinking Crisis, Decline and Transformation in the Postwar United States,” Journal of American History (December 2010), and “Rethinking Working Class Struggle through the Lens of the Carceral State: Toward a Labor History of Inmates and Guards.” Labor: Studies in the Working Class History of the Americas (Fall, 2011). Thompson’s recent piece in the Atlantic Monthly on how mass incarceration has distorted democracy in America was named a finalist for the best magazine article of 2014 award from the National Council on Crime and Delinquency.

On the policy front Thompson recently served on a National Academy of Sciences blue-ribbon panel that studied the causes and consequences of mass incarceration in the U.S. The two-year, $1.5 million project was sponsored by the National Institute of Justice and the John D. and Catherine T. MacArthur Foundation. Thompson serves as well on the boards of several policy organizations including the Prison Policy Initiative the Eastern State Penitentiary, a historic site, and on the advisory boards of Life of the Law. She also works in an advisory capacity with the Center for Community Change, the Humanities Action Lab Global Dialogues on Incarceration, and the Open Society Foundation on issues related to work.

Thompson has been invited to around the country and abroad to present on the issue of incarceration. She has presented in Washington DC–Congressional Staff briefings for the Judiciary Committee of both the House and the Senate–and spoke at the historic Bipartisan Summit on Criminal Justice Reform also in Washington. Thompson has also had the opportunity to present findings of the National Academies Report to theAssociation of Prosecuting Attorneys, as well as to other policy organizations such as the Center for American Progress. Thompson has also spent considerable time presenting her work on prisons and justice policy to universities and policy groups nationally and internationally as well as to state legislators in various states. She has given talks in countries such as Switzerland, Germany, Ireland, the UK, as well as across the Uniteds States including in Hawaii.

On the history front, Thompson recently was honored to be named a Distinguished Lecturer by the Organization of American Historians and, her forthcoming book, in Blood in the Water: the Attica Prison uprising of 1971 (Pantheon Books, 2016) was just named the finalist for the J. Anthony Lukas Award for best work-in-progress in non-fiction by Columbia University’s School of Journalism. Thompson is also the author of Whose Detroit: Politics, Labor and Race in a Modern American City (new edition out 2017) as well as the edited collection, Speaking Out: Protest and Activism in the 1960s and 1970s. Along with Rhonda Y. Williams (Case Western Reserve) Thompson also edits a manuscript series for UNC Press, Justice, Power, and Politics and is the sole editor of the series, American Social Movements of the Twentieth Century published by Routledge. She has also consulted on several documentary films including Criminal Injustice at Attica and is a consultant on two films in progress: one on Criminalization in America with filmmakers Annie Stopford and Llewellyn Smith from BlueSpark Collaborative, and the other produced by Henry Louis Gates entitled, And Still I Rise: Black Power to the White House for PBS.