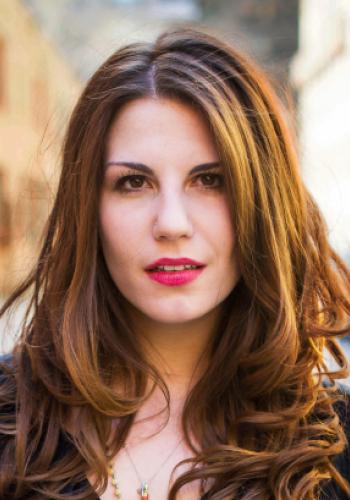 Journalist and Editor for Teen Vogue

Lauren Duca is uncomfortable talking about herself in the third person, but has heard it can be effective for things like this. She is a writer, journalist and L.A. Press Club award-winner, who is mostly trying to get you to follow her on Twitter.

After graduating from Fordham University, Lauren spent two years working as an entertainment reporter for the Huffington Post. While on staff, she created the weekly newsletter Middlebrow, and wrote an absurdly long, reported piece on Lifetime that frankly not enough people have read. Since moving on to pursue freelancing full time, she has expanded her brand of comedic anthropology (lol, sorry) to include a wide range of work, from political analysis to human interest pieces.

In addition to her current role as a contributing editor at Teen Vogue, Lauren's most recent writing can be found in / on The New Inquiry, Vice, Complex, New York magazine, Pacific Standard, The Nation, and The New Yorker, as well as other places, such as a weird scrapbook her parents have been maintaining since she was in kindergarten.