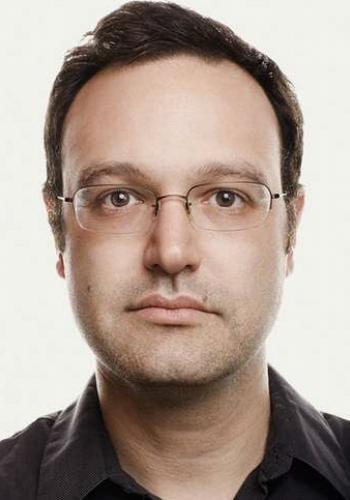 Mark Greif is Associate Professor of Liberal Studies at the New School for Social Research.Hewas born in 1975 in Boston. He received a BA summa cum laude from Harvard in History and Literature and an M.Phil. from Oxford in English as a British Marshall Scholar. He earned a Ph.D. in American Studies from Yale in 2007. In 2000, he entered journalism as a Writing Fellow at the political magazine The American Prospect, where he was subsequently a Senior Correspondent. In 2004, in New York, he co-founded the literary and intellectual journal n+1, and has been a principal at the magazine since then. In 2005 and again in 2007 his essays from n+1 were chosen for Best American Essays, the second time by David Foster Wallace. His writing has been widely anthologized and translated.

Greif has taught at Brown University, and since 2008 has been a professor of Literary Studies at the New School in New York. He has been an editor of the books What Was the Hipster?: A Sociological Investigation (n+1/HarperCollins), with Kathleen Ross and Dayna Tortorici, concerning contemporary subculture; the collective volume Occupy!: Scenes from Occupied America (Verso), with the staff of the Occupy! Gazette, for the Occupy social movement; and The Trouble is the Banks: Letters to Wall Street (n+1/Occupy the Boardroom), edited with Dayna Tortorici, Kathleen French, and Emma Janaskie, about the 2007-2008 financial collapse and the Great Recession.

A collection of translations of his essays on media, Bluescreen (Suhrkamp), appeared in Germany in 2011. His scholarly book, The Age of the Crisis of Man, providing a new picture of literature and intellect in the mid-20th century, was published in 2015 by Princeton University Press. His book Against Everything, a cultural argument in linked essays, was published by Pantheon Books and Verso Books in September 2016. He is at work on a follow-up book on contemporary aesthetics and ethics for publication by Pantheon and Verso in 2018.

Greif’s criticism and journalism have appeared in publications including London Review of Books, New York Times, Boston Globe, TLS, New York Times Book Review, Harper’s, Guardian (UK), New Statesman, Süddeutsche Zeitung, Die Welt, Courrier International, Etiqueta Negra, Village Voice, Dissent, and, principally, n+1. In 2010, he was elected a member of the New York Institute of the Humanities at NYU. In 2013-2014, he was a member of the Institute for Advanced Study in Princeton, New Jersey, in its School of Social Science. In 2015, he was awarded a Ryskamp Research Fellowship from the American Council of Learned Societies. In 2016-2017, he is a fellow of the Center for Advanced Study in the Behavioral Sciences at Stanford.