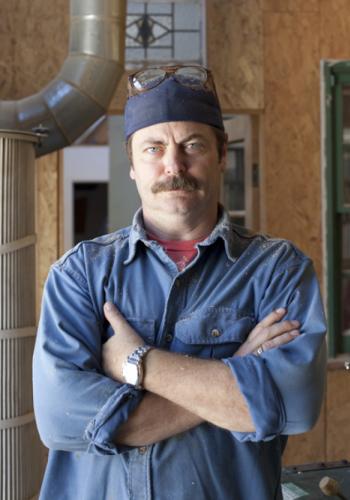 Nick was taught to swing a hammer and countless other tools by his Dad, his grandfathers and his Uncles Dan and Don of Roberts Brothers Farms. In theatre school at the University of Illinois, he used these skills to begin working in the scene shop, under the tutelage of Kenny Egan. This paid off handsomely when Nick began his professional theatre career in Chicago, as he offset his meager acting income with building scenery and props for large equity theaters. By the time he moved to Los Angeles, he’d opened his own modest shop in a warehouse and begun collecting tools. Once in LA, Nick couldn’t find as much scenery work, so he turned to building decks and cabins with his longtime friend Martin McClendon, another Illinois alumnus. Together, they fell under the spell of old-world furniture joinery, and, with Marty’s help, Nick opened his shop soon after, where he continues to build furniture, small boats, and anything else that tickles his fancy.