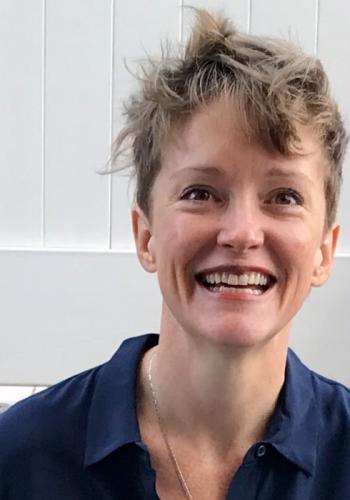 Raised by CBC radio, Sara decided to become a journalist when she realized that her greatest passion was asking questions and telling stories. Since then she's reported from the frosty forests of the Great North Woods, the hallowed halls of Oxford, the bicycle boulevards of the Netherlands, the sewage-strewn footpaths of Kibera, and the green hills of Uganda.

While studying journalism and political science at the University of Kings College, she focused on radio documentary production. Since then, she has worked as a South Asia reporter and producer for Radio Netherlands Worldwide, chase producer for the Canadian Broadcasting Corporation, a news producer for the Maine Public Broadcasting Network, an editor for the African Woman and Child Feature Service, a journalism trainer for Journalists for Human Rights, and freelanced for a slew of other media outlets. She has worked and lived in Canada, the United States, Kenya and the Netherlands.

After being a long-time listener to To the Best of Our Knowledge, she was a producer for the show from 2011 to 2015. For most of that time, she also worked as announcer (and official laugher) on Michael Feldman's Whad'Ya Know.