Changing A Place By Documenting It 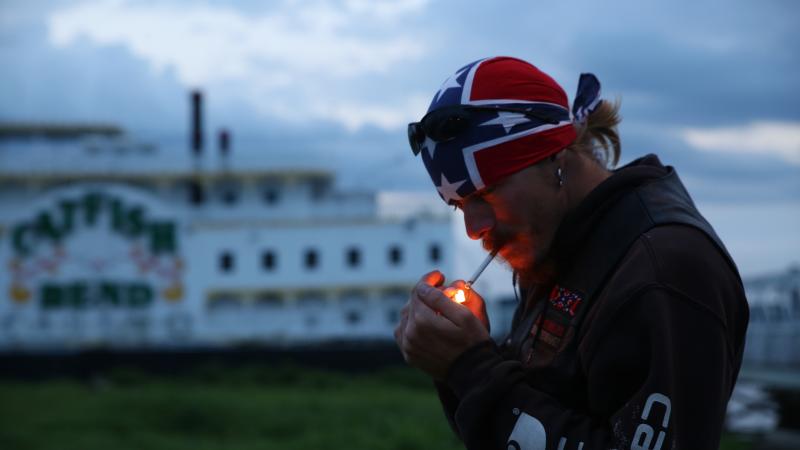 A still from Drifting Towards the Crescent (Courtesy Laura Stewart)

As journalists, we're all trying to do a better job of hearing the voices of people from parts of the country that often seem forgotten —in this case, the Mississippi River town of Hannibal, Missouri, which is documented in the new film Drifting Towards the Crescent.

But you can't always capture someone by shoving a microphone in their face. There’s something like a journalistic equivalent of Heisenberg's uncertainty principle that applies—by observing something, you inevitably change how the people act as they work to appear they way they hope to appear.

Filmmaker Laura Stewart didn't just have microphones. Cameras, lights, and a film crew from Chicago can be a big distraction in a small town. So thinking about his own challenges making documentaries, Charles Monroe-Kane asked how she overcomes the uncertainty principle.