Behind the Mask of the 'American Male' 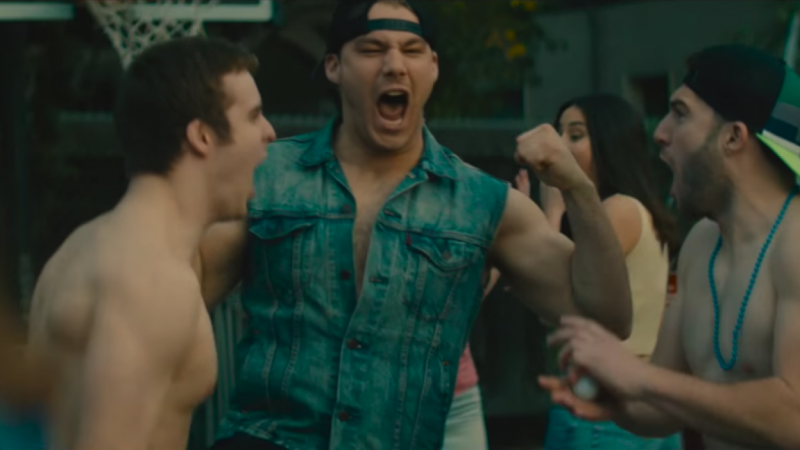 Still credited to the "American Male"

Michael Rohrbaugh's short film “American Male” is just six minutes long, but it packs a punch. It sets an typical frat house scene with heightened visual intensity: beer pong, drunk girls, guys with their shirts off doing shots, hazing rituals, fights. The twist is that the guy at the center of the film is clearly attracted to one of his frat brothers. And has no idea what to do with that. Rohrbaugh won MTV’s 2016 Look Different Creator Competition for the film, and he spoke with Charles Monroe-Kane about how it was informed by his personal experiences.