Consciousness Is Just a Feeling 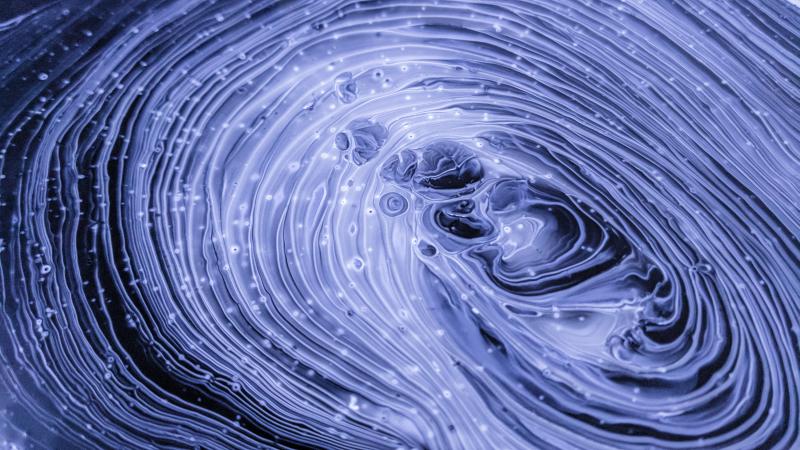 When he was a boy, Mark Solms obsessed over big existential questions. What happens when I die? What makes me who I am? He went on to study neuroscience but soon discovered that neuropsychology had no patience for such open-ended questions about the psyche. So Solms did something unheard of for a budding scientist. He reclaimed Freud as a founding father of neuroscience and launched a new field, neuropsychoanalysis.

Solms has spent decades working to reconcile brain science with the study of lived experience. Now, he presents his own theory of consciousness in a new book, "The Hidden Spring." Solms believes neuropsychology has been looking for consciousness in the wrong place. “Since the cerebral cortex is the seat of intelligence, almost everybody thinks that it is also the seat of consciousness,” Solms writes. “I disagree; consciousness is far more primitive than that. It arises from a part of the brain that humans share with fishes. This is the ‘hidden spring’ of the title.” The book is a deep dive into modern neuroscience, peppered with surprising explanations for how we think, dream, remember, and perceive.

I reached Solms in Cape Town, South Africa, where he’s stayed during the COVID-19 lockdown. We talked about the brain-mind problem, the biases of neuropsychology and how a family trauma shaped the course of his life. Here's an excerpt of our conversation from the print version in Nautilus Magazine.

Steve Paulson: Your interest in Freud is very unusual for a neuroscientist. You actually trained to become a psychoanalyst, and since then, you’ve edited the complete psychological works of Freud.

Mark Solms: Yes, and my colleagues were horrified. I had been taught this was pseudoscience. One of them said to me, “You know, astronomers don’t study astrology.” It’s true that psychoanalysis had lost its bearings. Freud was a very well-trained neuroscientist and neurologist, but in successive generations that grounding of psychoanalysis in the biological sciences had been lost. So I can understand where some of the disdain for psychoanalysis came from. But to its credit, it studied the actual lived life of the mind, which was the thing that interested me, and was missing from neuropsychology. So I turned to psychoanalysis to find any kind of systematic attempt to study subjective experience and to infer what kinds of mechanisms lay behind it.

SP: Did we get Freud wrong? Did he have scientific insights that we’ve ignored?

MS: Very much so. I’m not going to pretend that Freud didn’t make some gigantic mistakes. That’s to be expected. He was a pioneer, taking the very first steps in trying to systematically study subjective experience. The reason he made so little progress and abandoned neuroscience was because there weren’t scientific methods by which you could study things. Even the EEG was only brought into common use after the Second World War. So there were no methods for studying in vivo what’s going on in the brain, let alone the methods we have nowadays. But the sum of his basic observations, the centrality of emotion, was how much affective feelings influence cognitive processes. That’s the essence of what psychoanalysis is all about, how our rational, logical, cognitive processes can be distorted by emotional forces.

SP: You founded the new field of "neuropsychoanalysis." What’s the basic premise of this approach?

MS: The neuropsychology I was taught might as well have been neurobehaviorism. Oliver Sacks famously wrote in 1984 that neuropsychology is admirable, but it excludes the psyche, by which he meant the active living subject of the mind. That really caught my attention. So I wanted to bring the psyche back into neuropsychology. Emotion was just not studied in the neuropsychology of the 1980s. The centrality of emotion in the life of the mind and what lies behind emotion is what Freud called “drive.” Basically, his idea was that unpleasant feelings represent the failures to meet those needs and pleasant feelings represent the opposite. It’s how we come to know how we’re meeting our deepest biological needs. And that idea gives an underpinning to cognition that I think is sorely lacking in cognitive science, pure and simple.

You can read the full conversation on Nautilus.