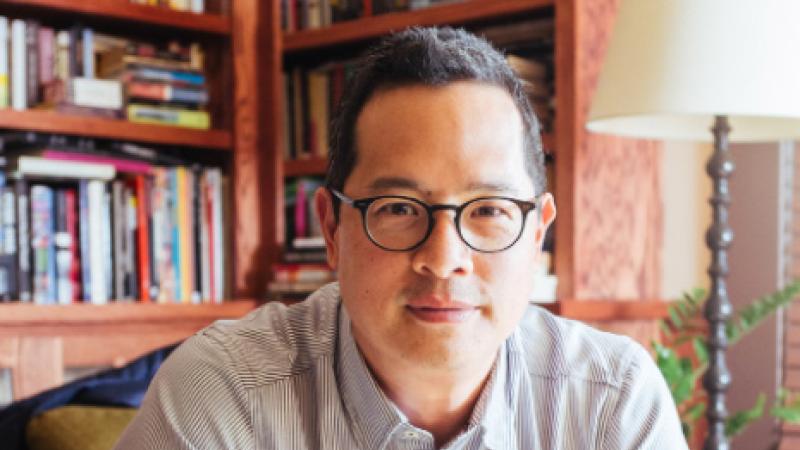 Jeff Chang has long known that art can be a catalyst for social change. For Chang, a journalist and culture critic who’s written extensively about the political influence of hip-hop, artists play a pivotal role in helping society imagine new realities.

"Politics defines itself as the art of the possible," Chang said. "Art, in a sense, is about creating the idea of possibility."

Chang spoke with "To the Best of Our Knowledge" producer Rehman Tungekar about the role music can play in healing a fiercely divided America, why diversity doesn’t necessarily lead to racial equity, and the modern protest music of Kendrick Lamar and Beyoncé.

Rehman Tungekar: I saw you a couple of weeks ago at the Wisconsin Book Festival and there was one thing you said there that stuck with me. You mentioned that cultural change leads to political change. Has your thinking on that changed at all since the election?

Jeff Chang: Not necessarily. I think we have to expand the imagination of folks so they can understand what kind of world we can actually create. That's the work of people who are in the culture, as opposed to folks who are working in politics.

Even though we've been through this very divisive election cycle, I think it’s more important than ever for those who are working in the culture to be able to offer visions of a world that's sustainable and inclusive and equitable for all.

RT: At the same time, that kind of possible world imagined by artists can seem insufficient. I'm Pakistani, I grew up Muslim, and I just woke up in a daze after the election. It felt like there were large parts of this country who wanted me or my family out. To me it sounds a little naive to think that artists can change that.

JC: It can feel very ethereal or distant or "Kumbaya"-ish to suggest that at this moment, when people feel like they're in physical danger walking down the street, that there’s another alternative to fighting back. But if we don't have ideas to carry us forward, we have a situation that’s filled with rage and nothing else. In order for us to get out of this box, we do have to think about what it would mean to create an alternative.

The night of the election, when it appeared Trump was headed to victory, I posted something on Twitter that went viral, and it was just recapping this old organizing saying "don't mourn, organize."

We've seen in the past week all kinds of microaggressions and hate crimes that have taken place. At the same time we've been seeing the denial of such things. The backlash to the backlash is already in full swing. In that kind of cycle of recrimination and (both) verbal and physical violence, we've got to be able to think about how to get out of that, and that requires us to focus on other visions. I think that's the work of artists to be able to take us there.

RT: Would you go so far as to say that artists are on the vanguard of political change?

JC: I wouldn't say that. I'd just say that there's a place for them at the front line, and one that maybe we've underestimated in our pure Cartesian focus on rationality. We need to be able to have visions, stories and songs that can take us up in the moments in which we're most down.

Look at Kendrick Lamar’s song "Alright." Based on the title you'd think it was a happy, feel-good song, but it's not that. It's really a song about struggle, and for most of it he's outlining what it means to be a young black man at this particular moment in history, all of the difficulty and struggle that comes with that. And yet, out of the air he seems to pull this lyric: "I'm f---ed up, homie you f---ed up, but if God got us we then gon' be alright."

That's why it's becoming an anthem. It's this dialectic saying we're in struggle, and yet we're reaching for something bigger. That's something that only art can do. It's certainly not something I expect any politician to be doing over the next four years.

RT: I think one reason this was so shocking for people is because the country seemed to be moving in a more diverse direction. There are a lot of people of color in positions of power, both politically and culturally. This election seemed to run against the idea that increased diversity leads to racial equity.

JC: Yeah. Diversity by itself doesn't lead us towards equity.

RT: In one of the opening chapters of your book you basically ask the question, "Is diversity for white people?"

JC: There was a permanent decoupling of diversity from equity, which has led us to a country in which we uphold the picture of diversity as our ideal, but we make no claims to want to change what have been historical patterns of inequality and segregation. As a result, we've fallen back into segregation without being able to call it what it is.

RT: How do you take an issue as big a resegregation and try to combat that? If you could offer a series of solutions towards desegregation, what would that look like?

JC: We need to be able to refocus on racial justice questions. This is part and parcel of what we need to do in order to alleviate inequality in this country, because the biggest gaps in inequality are happening between the races, that's the front line of the inequality fight. Addressing racial justice is the beginning of undoing the lurch towards inequality that we've seen happen in the U.S.

RT: We started this interview by talking about Kendrick Lamar's "Alright," but you close the book by talking about Beyoncé's "Lemonade", which you seem to suggest offers wisdom on how we might move forward. What could be gleaned from "Lemonade"?

JC: The album "Lemonade" was really striking to me, and it came out as I was trying to wrap up my book, "Gon’ Be Alright." When it came out I knew there was something interesting going on here. The gossip pages had it as an album about Beyoncé’s marriage to Jay-Z and how they almost broke up, but I think she meant for the album to be read against this backdrop of the rise of Movement for Black Lives.

In the album’s arc she presents first a betrayal and then goes through the different types of emotions she needs to go through to recover; she goes through anger, pain, apathy, disassociation, and then she tries to find her way back towards redemption and healing, which she does by going home.

And then there's this breaking free, represented by the song "Freedom," where she's now identifying her struggle with the larger struggle for liberation. At the end, surprisingly, there's a reconciliation. She reconciles with her lover, and the movie touchingly ends with images of various black couples and this sense that we can come back together. She's actually making a statement here about what justice can look like, what whole futures can look like for black lives that have been shattered by external and internal forces. And maybe this is an allegory for us about how society can mend itself. So whenever I feel down I just put on Beyoncé's album and feel like we're going to be alright.