Does The West Have The Will To Survive? 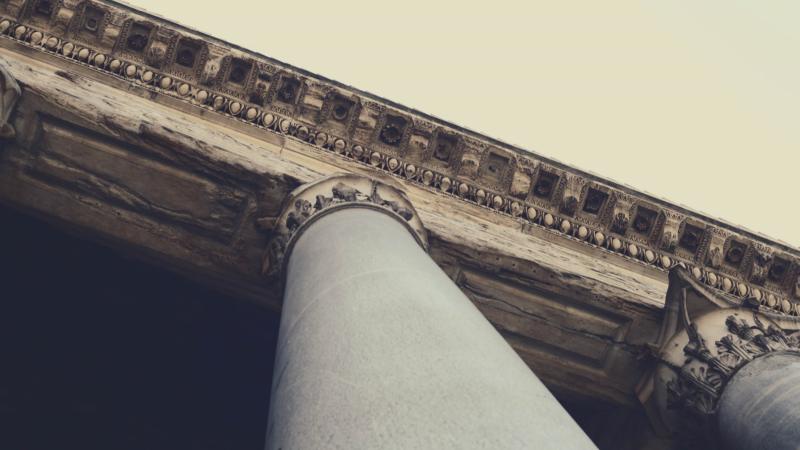 Back in July, President Donald Trump gave a speech in Warsaw.

“The fundamental question of our time is whether the West has the will to survive.”

“Do we have the confidence in our values to defend them at any cost? Do we have enough respect for our citizens to protect our borders? Do we have the desire and the courage to preserve our civilization in the face of those who would subvert and destroy it?”

What is President Trump talking about exactly? Who or what is “the West”? A geographic region? Judeo-Christian heritage? Liberal democracy, free market capitalism? And who or what do we think is coming for it?

The President ended the speech this way.

“We write symphonies. We pursue innovation. We celebrate our ancient heroes, embrace our timeless traditions and customs, and always seek to explore and discover brand-new frontiers. We reward brilliance. We strive for excellence, and cherish inspiring works of art that honor God. We treasure the rule of law and protect the right to free speech and free expression. We empower women as pillars of our society and of our success. We put faith and family, not government and bureaucracy, at the center of our lives. And we debate everything. We challenge everything. We seek to know everything so that we can better know ourselves.

And above all, we value the dignity of every human life, protect the rights of every person, and share the hope of every soul to live in freedom. That is who we are. Those are the priceless ties that bind us together as nations, as allies, and as a civilization.” — Donald Trump

We sat down with conservative intellectual Victor Davis Hanson, classics scholar Donna Zuckerberg, and French-Tunisian political scientist Nadia Marzouki to talk about President Trump’s speech, and try to unpack the question at the center of his message: Is the survival of the West the fundamental question of our time?

Do we have the desire and the courage to preserve our civilization in the face of those who would subvert and destroy it?” — Donald Trump

Victor Davis Hanson: The West is like a chain that is only as strong as each link. And so if you have a link, a generation of 20 or 30 years, and if that generation has not been taught the fundamentals of American history and tradition then there's no reason why that those traditions would continue.

I think the US could become a totalitarian nation. That was what Orwell's career was dedicated to. It never happens that they come to make you slaves, that's clear. They’ll come to make you more egalitarian or more enlightened or more obedient or to improve your material lot. We're an exceptional western country and yet sometimes I feel that people take it for granted or they think it's on autopilot and doesn't have to be replenished. That they're going to get up each morning and it’s just going to be prosperous, secure, and successful. I don't think there's any historical evidence that civilizations work like that.

Victor Davis Hanson is a Senior Fellow in classics and military history at Stanford University's Hoover Institution. He’s also a regular commentator to the National Review.

“Do we have the confidence in our values to defend them at any cost?” — Donald Trump

Nadia Marzouki: At the end of the day when people discuss Islam they're mostly discussing and disputing the limits and the disagreements around the definition of the American Constitution. What constitutes the boundaries of the political community? Who's in? Who's out? What we're witnessing right now is not just a matter of Islamophobia. It's a matter of "Democraphobia." By which I mean that these disputes are much more profound than a sort of momentary unease with one religious group. They really express some deeper divide around race, around their understanding of the Constitution, around the understanding of the limits of American identity and values.

Look at the controversy around the Murfreesboro mosque in Tennessee. One of the arguments of the opponents to the mosque was, ‘Islam is not a religion. It's a violent ideology. So why would you claim the protection of religious freedom right or the First Amendment?’

Nadia Marzouki is a French-Tunisian Muslim. Her new book is called “Islam: An American Religion.”

“That is who we are. Those are the priceless ties that bind us together as nations, as allies, and as a civilization.” — Donald Trump

Donna Zuckerberg: In an article for a publication called "American Greatness," Roger Kimball — the editor of The New Criterion — compared President Trump's speech in Warsaw to Pericles’ Funeral Oration from book two of Thucydides. He wrote that today's pundits aren't prepared to cope with perfectly frank manly confidence. The sense is that the ancient world and possibly the medieval world were times when certain kinds of masculinity were really valued. Patriarchal masculinity. And that that kind of masculinity is no longer valued in our society. And this is the reason for degeneracy.

These men call themselves "the Red Pill" and often quote the classics. The Red Pill is a loosely unified set of movements, mostly online, that use this metaphor from The Matrix. If swallowed, the Red Pill shows the world for what it really is, sort of a version of Plato's Allegory of the Cave. And that truth that their eyes have been opened to is that we live in a society that is deeply unfair to men — especially white men — and that everything is rigged against them.

Donna Zuckerberg is the Editor-in-Chief of the classics magazine Eidolon. She also teaches at the Paideia Institute. Her book, “Not All Dead White Men”, is about the classics in Red Pill communities and is due out soon.