The Hard Realities of Mass Migration 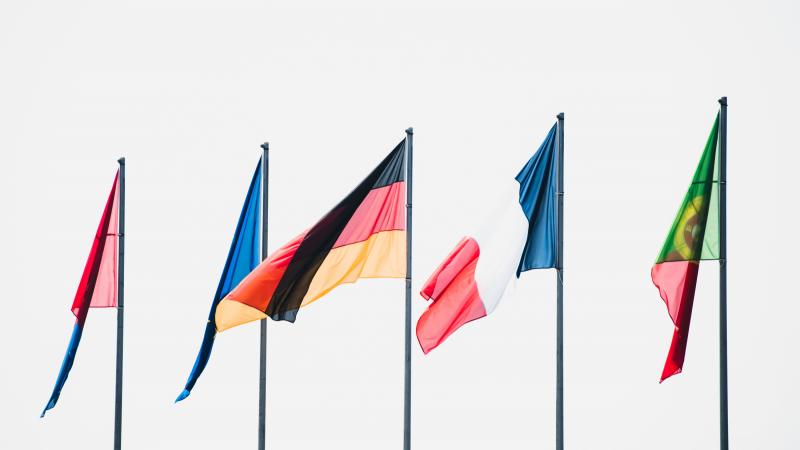 Wolfgang Munchau is a longtime observer and analyst of the political and economic climate surrounding the morphing of international borders.

Munchau a columnist for The Financial Times, where he writes a column about the European Union and the European economy. Munchau is also founder and co-director of Eurointelligence, an independent online magazine about politics and economics.

The European economy has been greatly affected by rapid immigration changes that have occurred in the past decade.

European nations have seen simultaneous mass migrations across their borders since 2014.

The flow of refugees fleeing war in Syria, which has slowed in part due to Islamic State group territorial losses and an agreement with Turkey to take in more refugees fleeing in exchange for greater foreign aid from the EU. Concurrently, the collapse of Muammar Gaddafi's rule in Libya in 2014 has triggered mass migration from all over northern Africa to Libya, where refugees trek to Libya's northern coast, across the Mediterranean Sea toward Italy.

Munchau spoke with host Steve Paulson for "To The Best of Our Knowledge" in November to lay out the realities of mass migration in Europe, particularly when it come to strains on infrastructure and political systems.

How Immigration Relates To Political Debates In Europe

Wolfgang Munchau: It's very central to political debate. In essence, the European Union allowed a very large number of immigrants to pass through Eastern Europe into Germany, as opposed to the normal rules under the EU is that refugees do not pass through other countries — they stay in the country of first arrival.

That’s what happened with the special situation of 2015 when (German Chancellor Angela) Merkel decided to take in refugees, who just passed through other countries and went into Germany.

The 2015 stream of people was a big issue. It affected virtually every country.

France decided to take very few immigrants in those years. But Germany did, Sweden did, Denmark did. Many of the northern countries did and they suddenly realized that they were not able to handle the flow of immigrants. These were issues of sudden, large-scale immigration that overwhelmed the political system.

In Germany, Merkel opened the borders but she didn't prepare the country. She could have made money available. If you make a decision that would ultimately lead to a million people coming into your country, you will have needed to build refugee centers.

What Happens When A Million People Enter A Country

WM: There were temporary, makeshift accommodations. Gymnasiums and schools and many public facilities were used to house immigrants temporarily. The police were not prepared for that.

There was rising crime. The public sector radio stations and TV stations decided not to report it because they didn't want to stir up any conflict, so it became sort of a form of self-censorship. And then when it was reported, the whole thing blew up in the opposite direction — people made quite wrong inferences that immigrants are violent criminals and they must be locked up or stopped from entering the country.

That's when the system can't cope. The peak arrivals were the problem. And there were days when it became politically unsustainable — when there were 10,000 people arriving on the shores on one day.

Considering The Benefits Of Immigration

WM: The UK and Germany and the Netherlands all benefited greatly from immigration.

The German population would have entered a period of demographic decline that would have been extremely difficult to manage, especially when you have the kind of social systems that we have. The pay-as-you-go pension systems would almost have been impossible to fund without the rise of immigration.

So the long-term impact of immigration on society is generally positive. The issue is short-term peaks that countries find hard to manage.

WM: Merkel will certainly retire in 2021 at the latest, possibly earlier depending on how long the coalition lasts. She will be replaced by another politician — there are several candidates, but whoever emerges from this contest will be more conservative than she is on immigration in the long run.

I fear immigration streams from Africa that will dwarf anything we've seen so far. We are talking about millions of refugees per year, numbers that the EU has not seen. These are numbers that you can no longer control from patrol boats.

Once you're dealing with millions, we do not have the infrastructure to handle that.