A German Writer Confronts the Refugee Crisis, Face To Face 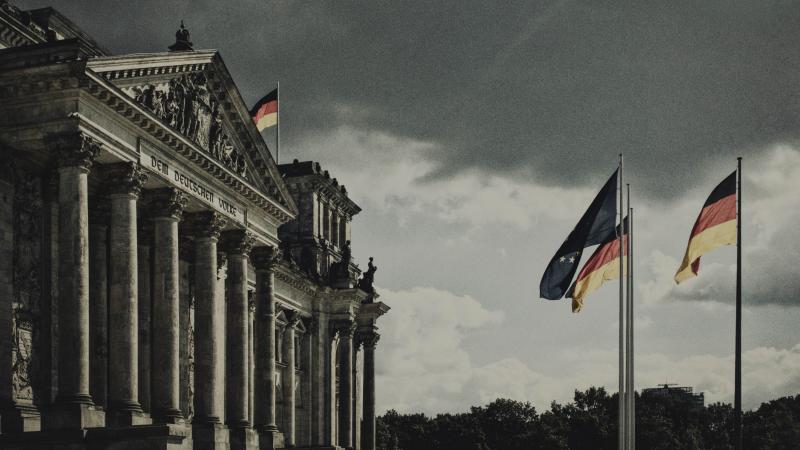 The refugee crisis is front and center in Germany, which has accepted more refugees than almost any other country. When German novelist Jenny Erpenbeck met a group of African refugees camping out in Berlin, she started asking questions. Their answers inspired her novel, “Go, Went, Gone.” Erpenbeck talked with To the Best of Our Knowledge Executive Producer Steve Paulson about her experiences.

Steve Paulson: Jenny, why did you decide to write about the refugee crisis in Germany?

Jenny Erpenbeck: I was about to write another book when a boat full of refugees capsized and hundreds of refugees drowned in the Mediterranean Sea.

SP: This was the boat that was coming from Libya to Italy?

JE: Yes, it happened in Autumn 2013, and in the years that passed after that, many, many thousands of refugees drowned in the Mediterranean Sea.

SP: So this is obviously a humanitarian crisis. But you are a fiction writer. What can a novel do to help us think about an issue like this?

JE: A novel gives you a kind of freedom to connect emotionally with those people. The wish that all of us have to survive, to make a living, to raise children. This is the principle of life, it's what we all have in common.

I was afraid that the memory of our own experience — of having been forced to flee, for instance, in the second World War in Europe — that our own experience has been forgotten. It's important from time to time to remind people that "the other" is yourself.

SP: Your main character Richard is a retired classics professor. He seems lost in his life at first, and he just walks through Berlin. He passes these African refugees who are just camped out in the middle of the city, and he just ignores them at first. Then then he starts to notice them and then he has a kind of political awakening.

JE: He only is aware of the refugees when he sees them on the TV. This is how we how we see our reality. If it’s put onto the TV, then it starts becoming reality. And if you just walk around you might miss it. What connects Richard and the refugees is the question of time, of passing of lifetime. Richard has lost his work, so his daily routine is out of order.

JE: Yes, he's alone and I think the point in being alone is that you have to face yourself. When he gets to know the story of African refugees he understands all of a sudden that — in a way — they have the same problem of spending time, that nobody's waiting for them. This was their first connecting point. He starts visiting them and interviewing them. He wants to know how to deal with the loss of a former life and he’s interested in the question of the transition, as I am.

SP: You did something like that yourself didn't you?

JE: Yes. And what surprised me was that the journalist would ask the question like "How was the fleeing?", "how was the crossing of the Mediterranean Sea?", or "how did you survive..?" or something like that. But my questions were much more about their childhood or parents or daily life they left behind.

SP: What was hardest for you in this whole process?

JE: It was hardest to see that surviving is not done with the landing in Italy. Surviving is a process that lasts much longer, and sometimes longer than the people can stand it.

SP: My sense is what you wanted to do with this novel is to make us care.

JE: Yes. I think the wealthiness we have in our Western countries is directly connected to the poverty of, for instance, West African countries. The colonial nations have taken so many resources out of the African countries, not to speak about the slaves that were brought to the US. We took so much from them, and we destroyed the structures that were existing in these countries.

SP: This refugee crisis is of epic proportions. Millions of refugees have flooded into Europe. Do you have any hope?

JE: We've got a chance now to make a better beginning of the story that probably will last for the next 200 or 300 years. The passport question is a stupid one to me, because a passport will never ever explain who someone is. If he’s good, or bad, you won’t see it by the passport, or by their name or by their circumstances he grew up in.

Many things Africans are doing in Europe when they landed, they had just tried to make a living. They tried to find a place so they of course some will be illegally staying. But they are not bad guys. They are not criminals. They are just trying to survive.

The music of Saleh Bacha is mentioned in this interview—you can listen to a bit of it at this German-language link.