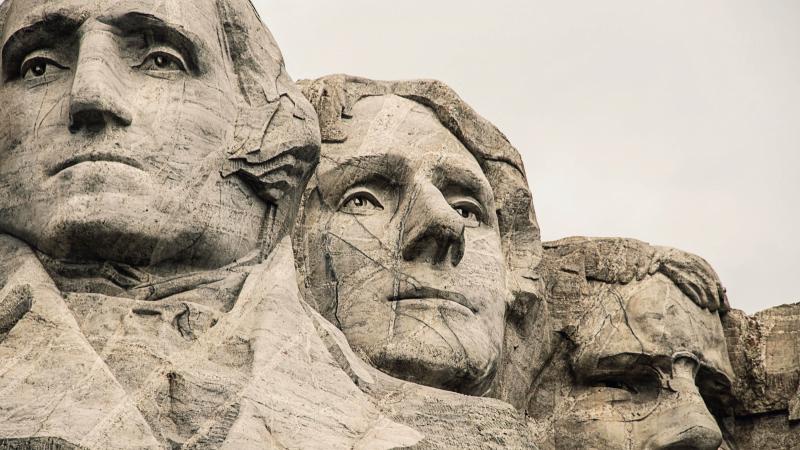 If you want to understand America’s complicated history — both the glory of our Founding Fathers and also the horror of slavery — consider the story of Thomas Jefferson and Sally Hemings. He wrote the Declaration of Independence, proclaiming “all men are created equal.” She was his slave and also the mother of seven of his children.

Twenty years ago, most historians regarded this story as more rumor than historical fact, and white descendants of Jefferson denied the story. But that changed when a brilliant legal scholar named Annette Gordon-Reed dug through the historical record, cross-checked the stories passed down by Sally’s children, and studied the available DNA evidence. Gordon-Reed went on to become the first African-American to win the Pulitzer Prize for history for her book “The Hemingses of Monticello.” Later, she won a MacArthur “Genius” Award.

Gordon-Reed, now a law professor at Harvard University, told Steve Paulson that the story of Jefferson and Hemings remains a potent reminder of America’s buried history.

Steve Paulson: What do we know about the relationship between Thomas Jefferson and Sally Hemings? Did it start in Paris?

Annette Gordon-Reed: Jefferson went to Paris for a diplomatic mission in 1784 and took his eldest daughter. He also took James Hemings, who was Sally Hemings’ older brother, to have him trained as a chef. Jefferson liked French cooking and he wanted his own chef at Monticello. He left behind two of his daughters, and Sally Hemings was the companion to these girls. Sally is only a few years older than these girls. During Jefferson’s time in Paris, the younger daughter dies and Jefferson is determined to have his other daughter brought to him. Sally Hemings is 14 at this time and Polly, the younger daughter, is about 9, so she is sort of the caretaker and companion to Polly. At some point during this period, [Sally’s son] Madison Hemings said his mother became “Mr. Jefferson's concubine.” And France was not free soil in the sense that if you set foot in France you were immediately free. But everybody who petitioned for freedom in France had the petition granted. So James and Sally Hemings could have remained there and they thought about doing it.

SP: So they were slaves back in Virginia, but in Paris, presumably they just needed to petition for their freedom and they could be free.

AGR: I think Jefferson was on the defensive about this because he pays them wages while they're there. I'd like to know how they presented themselves because these are two people who might have been able to pass for white. They were light-skinned and could well have presented themselves as just servants to Jefferson without this overlay of slavery. According to Madison Hemings, Jefferson wanted Sally Hemings to come back with him and promised her that she would have a nice life at Monticello and that their children would be freed when they were 21.

SP: By the time they go back to America, Sally Hemings is pregnant with Jefferson's child. She's 16 years old.

AGR: According to Madison Hemings, Sally and James extracted promises from Jefferson that they would be treated differently if they went back... She would be treated well and her children would be freed. So they come back to Monticello.

SP: How many children did she have?

AGR: She had seven children, but only four of them lived to adulthood.

SP: As far as we know, was Thomas Jefferson the father of all of them?

AGR: That's what Madison Heming says and what Israel Gillette Jefferson says. And the DNA is corroborating. It's not a strict paternity test, but it's a compilation of evidence.

SP: We should also mention that Jefferson's wife had died before his relationship with Sally Hemings began.

AGR: Yes, Jefferson's wife died in 1782. The Hemings women tell a story that when she was on her deathbed, she asked Jefferson not to remarry because she did not want another woman over her children. They said Jefferson agreed to that. He was 39 years old when she died. He never remarried and died when he was 83. Apparently, this relationship between Thomas Jefferson and Sally Hemings went on for a long time. The span of her childbearing is basically 20 years, so that's the definite time period where you know for a fact they're having sex. But she was his chambermaid until he died. He arranged their lives so that she was in it all the time — basically, for 38 years. The oral history of the Hemings family talks about how he felt about her. One of Madison's granddaughters said Mr. Jefferson loved her dearly, but Sally didn’t talk about how she felt about him.

SP: That’s the question a lot of people ask. Did they love each other?

AGR: People ask me that all the time and there's no real way to know the answer.

SP: Is that even a legitimate question to ask when we're talking about a master-slave relationship?

AGR: A lot of people think it's not an appropriate question to ask because it's not possible. But I don't subscribe to that. Human beings do all kinds of things they shouldn't do. You know, I can list all the reasons why you shouldn't feel that way, but that doesn't have anything to do with the way human beings live in the world. I think that's largely a political judgment about how uncomfortable we are with this idea. Madison Hemings clearly is talking about them as if they are a family. And that's kind of jolting.

SP: Weren’t Sally and her children treated very differently than the other slaves on Jefferson plantation?

AGR: Yes. Madison Hemings says they were happy growing up because they knew they were not going to be slaves all their lives.

SP: So what should we think of Thomas Jefferson, the revered Founding Father who wrote the major part of the Declaration of Independence? He also had this intimate, long-term relationship with a slave woman and had children with her.

AGR: That kind of thing was part of being a slave owner. The real problem with Jefferson is the connection to slavery. Now, people understand that slavery was not just about making people work for no money or whipping them. It was an institution that ended up with mixed bloodlines through rape and other connections that we don't understand and that make us uncomfortable. I think the thing to make of it is that Jefferson was a person.

SP: We should take him down from the mountain as a revered icon.

AGR: No. There are things to admire about Jefferson. And we're just going to have to grapple with the fact that a person who wrote the Declaration of Independence and helped create the country — not just Jefferson but Washington and a number of them — were slaveholders. They held people in bondage and profited from that. I think you have to take the bitter with the sweet. I don't know that it's ever good to revere people as gods because they're always going to disappoint you.