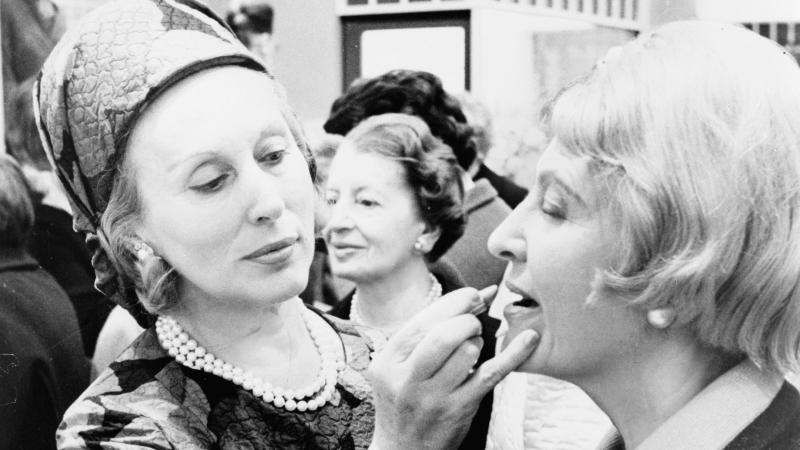 Getting ahead in the business world often demands a secret sauce, a personal advantage that you might have over your competitors. For many famous business leaders, that edge may be rooted in obsessive tendencies, argues journalist Joshua Kendall.

In his book "America's Obsessives: The Compulsive Energy That Built a Nation," Kendall profiles seven iconic American innovators, from Heinz Ketchup founder Henry Heinz to the baseball legend Ted Williams. He tells Steve Paulson of "To The Best Of Our knowledge" that these figures had one crucial thing in common: according to Kendall, they experienced varying degrees of obsessive-compulsive personality disorder, which razor-focused their energies on professional achievement.

"You know those stories about a woman who sees her baby under a car and just all of a sudden lifts the car up? It's as if these innovators have that kind of energy, day in and day out for decades," Kendall said.

While some obsession disorders can help achieve business success, Kendall said, others can be debilitating.

According to the American Psychiatric Association, individuals diagnosed with obsessive-compulsive disorder (OCD) can feel relief by doing things such as cleaning, rearranging items in a certain way or other behaviors that make it difficult to move on to other tasks.

"(By contrast,) people with obsessive-compulsive personality disorder (OCPD), these are people who love rules and order and perfection, those folks can function at a very, very high level," Kendall said.

Kendall said he thinks that by taking a closer look at the nature of obsessive tendencies and how they affected people throughout history, we can learn much about how we gauge success. In that light, he discussed several prominent innovators in his conversation with Paulson, as well as what their obsessions allowed them to do and how those obsessions might have cost them in other ways.

Claim to fame: Founder of a cosmetics empire.

Before her name was synonymous with makeup and beauty products, Estée Lauder was a child in a Hungarian immigrant family, helping her mother get by after her father left. "[Her mother] meets another European Jew and she marries him, so problem solved. [But] now she's worried that husband number two is going to leave her because he's 10 years younger," says Kendell.

At three years old, Lauder is tasked as assistant to her mother's elaborate daily beauty ritual. "Her mother is scared that husband number two is going to leave. So she starts combing her hair, putting on makeup, and just trying to be beautiful. And Estée, as a little girl age three, is helping her mother every day."

"That's what [Estée] did for the rest of her life every single day. She couldn't stop putting makeup on women, because for her, making her mother beautiful kept her family intact. And she couldn't stop doing it," said Kendell.

Claim to fame: A baseball legend with the highest recorded batting average in Major League history.

His Fixation: Perfecting his swing, everywhere, all the time.

Ted Williams fervently believed that the key to a Hall of Fame-caliber batting average was simply practicing his swing all the time. Even at the bar.

"He was so obsessed with hitting a baseball that his pick up line to women was 'show me your swing,'" said Kendell. "He thought that that was a way of connecting and he would literally carry the bat with him all over the place."

He impressed that belief on everyone around him, including players he managed later in his career as manager of the Washington Senators. "He told his worst hitter 'carry a bat with you wherever you go.' And that hitter, Ed Brinkman, has the best year of his career, hits about 280."

"He tried to steep his players in his own obsessions, and it often worked."

Claim to fame: Founder of Heinz, which produces the most famous brand of ketchup in the United States.

Fitting for an early figure in the industrialization of food, Henry Heinz could be spotted trying to measure anything and everything, carrying his tape measure everywhere he went. "In middle of a meeting he might just start measuring the door," said Kendell.

"He took it pretty far: He goes back to his native Germany with his family one summer and he keeps a diary. And he in his diary he's obsessed with the measurements of the ship. It's something that he that he can't stop thinking about."

Claim to fame: The Dewey Decimal System, the classification system used to organized libraries starting at the turn of the 20th century to this day.

His Fixation: Decimals. "10s were kind of in his blood."

Dewey applied decimals to anything and everything. When he started the Lake Placid Club as a resort for educators in upstate New York, the entire resort was organized decimally. "There's a 10 p.m. curfew, and there's a train that leaves from Lake Placid at 10 p.m."
"For Dewey, decimals weren't just a way of organizing information. They were a way of living," said Kendell. "He used to say that he liked to sleep decimally: 10 hours a night."

It was that obsession with breaking the entire world into decimal terms that lead Dewey to his classification system, robust and flexible enough to become the "Google of its day," according to Kendell. "That obsession led to this [innovative organization system], and it was instrumental in organizing knowledge at the turn of the 20th century."

Claim to fame: Co-founder of Apple Computers and key figure in the development of its most famous products: the iPod, iPhone and iPad.

Steve Jobs insisted that every part of the products he sold-even where they were produced-were held to exacting standards of cleanliness and aesthetic perfection. "My book starts with a scene when he's building the first Macintosh computer and the factory has to be absolutely spotless," says Kendell. "He says it should be so spotless that you can eat off the floor."

That fixation on technology hiding its ugly technical side carried over even into technologies Jobs encountered that had nothing to do with iPhones and iPads. As his health declined and he spent more and more time hospitalized, he had tubes in his chest. "He literally rips them out and he tells the doctor that he just can't stand the design," says Kendell. "I mean his claim to fame is designing these amazing products and that's just something he couldn't stop thinking about."