What Can Americans Learn from a Norwegian Massacre? 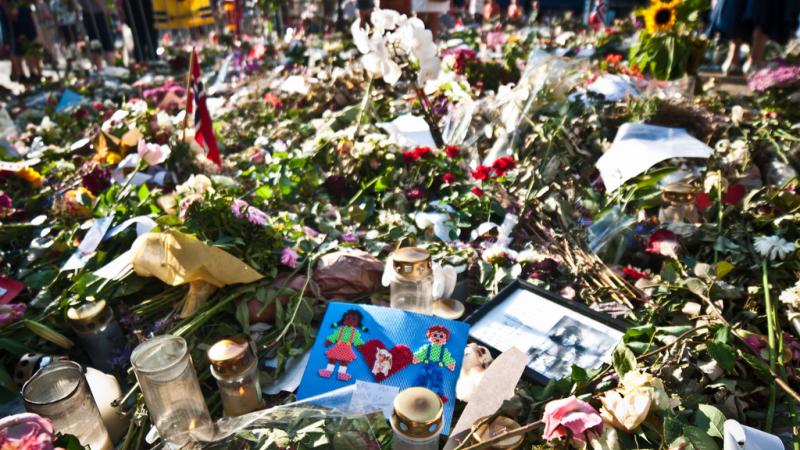 On July 22, 2011, Norway was struck by what many in the country consider to be its greatest tragedy since World War II. After a car bomb went off outside the prime minister's office in Oslo, a gunman opened fire on hundreds of children attending a summer camp sponsored by Norway's social-democratic party. By day's end, 77 people, a majority of them teenagers, were killed, and a 32-year-old man named Anders Breivik had given himself up to police.

In the hours before the attack, Breivik published a manifesto calling for the deportation of Muslims from Europe. He is currently serving a 21-year sentence that can be indefinitely extended.

There are clear parallels between the Norway massacre and mass shootings carried out by young men in the United States. In a nation where these kinds of attacks are becoming so prominent in both our social and political lives, can the case of Anders Breivik teach us anything about our mass shooters and 'homegrown' terrorists?

Journalist Åsne Seierstad thinks so. She studied Breivik and his victims meticulously for her book "One of Us." She said the title reflects her belief that it would be a mistake for us to view Breivik's story as fundamentally unique or deviant from more "typical" lives. Seierstad said she believes that although his actions were certainly evil, he wasn't born evil. None of us are.

"He was born like one of us. He's a fellow Norwegian, typical in many senses. And then at some point, he decides to go against all of us. But if we portray him like a monster, something almost extraterrestrial, it would be too easy to say 'he's sick, he's evil, he's not one of us.' It would make it easier to say this is never going to happen again because he was a special case. But then, when you look at his life, he was not a special case," she said.

The factors that led Breivik to become a terrorist, said Seierstad, are familiar. He grew up largely without a father, and with a mentally unstable mother who frequently said she wished he had never been born. But, she pointed out, "I'm sure you have millions of children in the world who have worse childhoods than him."

She said that his life was full of "unlucky combinations," noting that Breivik's likely radicalization influences — a family history of mental illness, feeling insecure as a child, struggling to find a group, even a fixation with video games — aren't in themselves uncommon but, for Breivik, they fed into each other in unhealthy ways. That is where his story most closely mirrors that of other mass murderers.

"He wants to be admired. He wants to be seen. He was going around telling his friends, 'If I did something really great, something really big, maybe my father would see me.' All extremists resemble (each other), whether they are white supremacists, like he is, or Sunni Muslim Islamist supremacists, as ISIS is. They have the same worldview: dividing, us and them, good and bad, arranging people, wanting to cleanse, to purify the world," she said.

Furthermore, she said, trying to pin down the moment when Breivik became evil is, in a way, asking the wrong question, "because he doesn't see himself as evil. He sees himself as doing good. He sees himself as a savior." In fact, Breivik admitted that before the attack, he tried to calculate how many people he would need to murder in order to become famous enough for people to read his manifesto.

"He called the massacre his book launch," said Seierstad.

Seierstad said she believes Norway had mostly learned the right lessons from the massacre. For one, the country did not alter its maximum sentence for Breivik.

"Should we change our laws because of one person, he would have won," she said. "He's not a hero to anyone."

Furthermore, she added, Norwegians were forced to take a closer look at their society.

"We were swept off our feet five years ago, and really had to redefine our values. But I think that Norway kind of came back to its core values, and words like 'community' and 'solidarity,' and 'tolerance,' and 'love,' those words, that sometimes are just beautiful words but without content, they really regained their true contents after this terrible terror attack," she said.

Asked about the possibility that such extensive reporting played into Breivik's narrative of self-glorification, Seierstad viewed it differently.

She also hoped that there would be more practical takeaways from Breivik's life story.

"His miserable childhood, that is a cause. Childhood is important. Gaming is important. The making of a terrorist. I think it's a very important subject. We need to know the facts," she said.