How You Know When You've Been Michiko Kakutanied 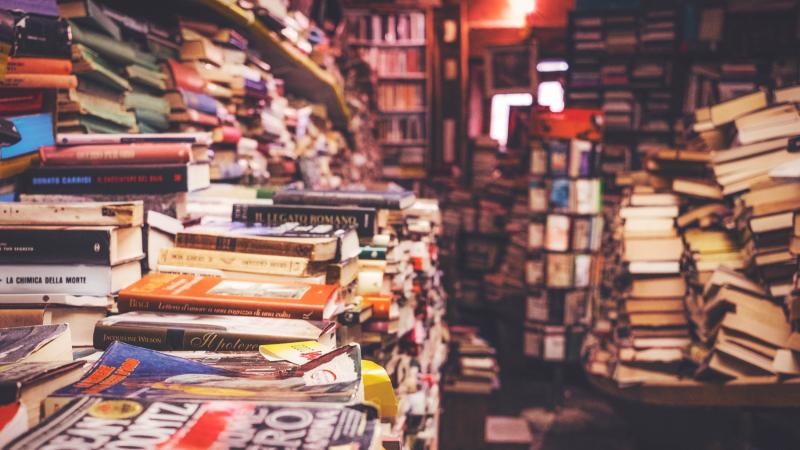 With her decision to step down as the chief book critic for the New York Times, Michiko Kakutani sent the book world reeling. Some because they felt they'd missed their chance for their work to be panned by the legendarily ferocious critic. Most felt the titanic weight shifting as the most powerful American book critic finally stepped out of the limelight. A critic both feared and beloved for the impact that a Kakutani review could have in launching literary careers.

Yet many authors on the receiving end of a bad review in the Times may be happy to see her go, at least if the conversations we had with numerous authors back in 2005 are to be believed. To commemorate Kakutani in all her infamy, we're re-running a piece originally published in The Independent in which Steve delves into how some famous authors responded to the sting of her words.

Wolfe. DeLillo. Atwood. Sontag. Nobody is safe from the poison pen of America's most powerful literary critic. Norman Mailer, her latest victim, called her 'a one-woman kamikaze' with a hatred of white, male authors. But who is she? And why is she so mysterious?

So what is all the fuss about this book critic? Why does Kakutani inspire both fear and fascination? The quick answer is that she is the most powerful book critic in America. As the lead critic for The New York Times, Kakutani wields enormous clout. In fact, she's such a large presence in publishing circles that she is often referred to by a single name. Just as Tiger Woods and Oprah Winfrey rule over their professions, Michiko presides over the book world.

She is also highly opinionated and often scathing in her reviews. She recently slammed the new novels by young hotshot Jonathan Safran Foer and old warhorse Tom Wolfe. And she's famous for dishing out withering reviews of the biggest names in literary fiction, from Don DeLillo and John Updike to Toni Morrison and Margaret Atwood.

Kakutani called Atwood's dystopian novel "Oryx and Crake" a "lumpy hodgepodge of a book" that's "didactic and thoroughly unpersuasive." Atwood shrugged off the criticism. "What can I say, critics are critics," she told me. "She does have a reputation in the literary world for praising you one time, and then nuking you the next, just so you don't get complacent."

Kakutani also panned Nicholson Baker's novel "A Box of Matches." She described the narration as full of "ludicrously microscopic examinations" spelled out in "absurd and numbing detail". Baker's reaction? "It was really a horrible review. I mean, it was like having my liver taken out without anaesthesia."

The late Susan Sontag was more combative after Kakutani panned her last book, Regarding the Pain of Others. Michiko dismissed Sontag's analysis as "belated and common-sense statements of the obvious". The review infuriated Sontag: "Her criticisms of my books are stupid and shallow and not to the point," she told me. "It was a dumb, bad review as opposed to a smart, bad review. I expected better of her."

Of course, Kakutani's ruthlessness is one reason she's so widely read. With Michiko, you won't find the bland, careful reviews that are so common elsewhere. If she doesn't like a book, she eviscerates it. "I think she's extraordinary," said Michael Janeway, a Pulitzer Prize juror when Kakutani won the prize for criticism in 1998. "You can start reading a piece of hers without looking at the by-line, and her voice is so strong, and her sense of what a book is about is so clear, I say to myself, well, that's obviously Kakutani's review as distinct from a review by another daily Times book reviewer." She is considered "destination programming" - compulsory reading for the literati.

Michiko's toughness has turned her into a cultural icon unlike any other book critic. In fact, her name figured prominently in one episode of "Sex in the City." When Carrie Bradshaw publishes a new book, she's "terrified" of an upcoming Kakutani review.

Despite her public prominence, though, Kakutani is notoriously reclusive. She does not hobnob with writers or hang out on the literary circuit. She will not grant interviews. Even publishing industry veterans have rarely seen her. A rumour that she once dated Woody Allen has obstinately remained just that, a rumour. One long-time book publicist joked: "We know more about J.D. Salinger." And, as with Salinger, rumours chase after Kakutani — about her dates and what she's really like.

For the record, Kakutani is 50 and single, a Yale graduate who joined the Times as a cultural reporter in 1979. Her father was a Yale mathematician, her mother a second generation Japanese-American. Michiko is an avid Yankees fan and, according to one of her colleagues, her friends include fellow Times scribes Maureen Dowd and Alessandra Stanley.

All the speculation about Kakutani adds to her mystique. "There's this amusing tradition of the dark lady of American letters — mysterious, powerful," said Michael Janeway. "Mary McCarthy was the first, then Susan Sontag. But they were both very public personalities." By contrast, Kakutani seems to channel all her creative work into her reviews. But you have to wonder if Michiko has her own critical prejudices. Does she take special relish in "discovering" new writers and knocking down others with lofty reputations? Then again, is all the griping about this one-woman wrecking crew just the latest chapter in the age-old war between authors and critics?

John Updike has plenty of experience getting "Kakutanied." Reviewing his novel "Seek My Face," Kakutani told me it's "impossible for the reader to find a single believable character." Updike, for his part, said he does not expect much from "professional reviewers like Michiko Kakutani, who handles so many books that there's a secret hatred of all books that runs through, or a wish to dismiss." Does that mean he no longer cares if Michiko takes him down? "Let's hope," he laughed. "But so many writers get harsh reviews that we're collectively hardened. And it's never been clear that reviews matter tremendously."

So, can Kakutani make or break a book? Some writers are convinced a bad review will kill a book. But a rave can launch an unknown writer. Mary Karr was an obscure poet when she published her memoir "The Liars' Club." Kakutani called it "one of the most dazzling and moving memoirs" in years. "It was like having the good fairy touch you on your shoulder with her wand," Karr said. "She's a very important reviewer." Karr's book ended up on the bestseller list for over a year. Perhaps Kakutani's rave made that happen.

But Paul Bogaards, publicity director for publishers Alfred A Knopf, doubts that any single reviewer has that power, not even Michiko. "No one, with the exception of Oprah, has the ability to advance a book singlehandedly to a mainstream audience," he said. "But there remains a coterie of readers - readers who might be described as the high-minded literary, earnest academics and the media élite - who view her as destination programming."

It would be more accurate to describe Kakutani as a literary tastemaker, a critic who sets the tone for how other people respond to a book. Her penchant for stirring up controversy certainly gives her reviews an extra bite. And it's still one reason a lot of people pick up the Times in the morning. They want to know: what did Michiko think?

This piece originally ran on July 2, 2005 in The Independent. It has been republished with permission.