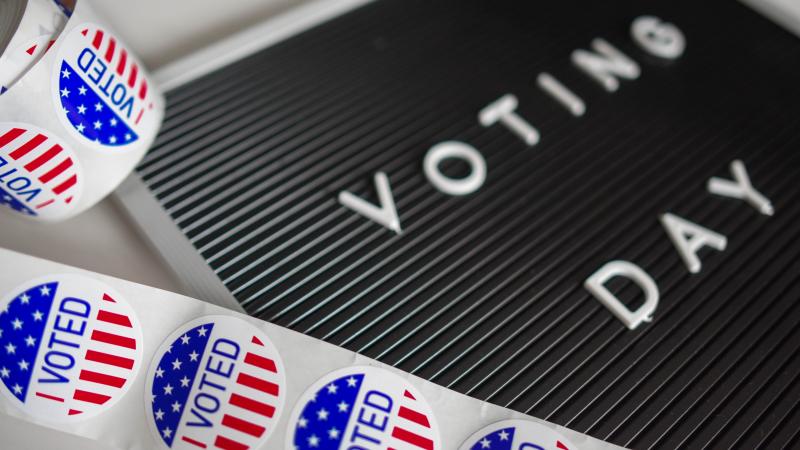 Could we make our elections more secure, more inclusive, or just more fun? Depends on who you ask, and we asked a lot of people. Historians, philosophers, economists, activists — they all think about the pros and cons of how we elect our leaders, and each offered different ideas on how to refine — or in some cases, upend— our notion of what a democratic election should look like.

How it works: Lower the voting age to birth. The idea being the act of voting becomes a normal part of how we organize and operate as a society as far back in our lives as we can remember.

What would that look like? Parents would act on behalf of their kids until the children are old enough to vote for themselves. Political scientist and columnist Jonathan Bernstein argues that early-age voting would mean early-age engagement in civic life.

"The first thing we tell kids who are studying this stuff in school is that they can start voting 10 years from now. 'You have no voice right now,'" Bernstein says. "I think that the lesson would be more powerful if they did have a voice, 'That thing you did with your parents last November? Here's why it matters.'"

Upside: "The past has a lot of influence on how we lead our lives today, and our kids are stuck with it," Bernstein says. "Why should they be?"

How it works: Everyone receives a pile of "chips" as voting currency. You can spend these voter bucks according to the degree of your preference and the passion you feel for an issue or candidate, but don't spend it all in one place.

Each vote costs a multiple of the prior vote – so the first vote costs two chips, the second costs four, the third costs six chips, and so on in a prescribed quadratic formula. The idea, according to economist Glen Weyl, is no one can tyrannize a single issue but everyone gives their desired weight to issues in order of their personal preference.

What would that look like? You could opt to vote more strongly in favor of legalizing marijuana and place less weight on a budgetary measure, depending on what matters to you. Many more candidates could run without concern for spoiler effects – taking votes from a major party candidate – because voters would be able to register a level of approval and disapproval, or vote positively or negatively, for each candidate on the ballot.

Upside: "Think of quadratic voting as a way of finding compromises," Weyl says. "If you're bargaining for a job, trying to figure out your salary versus your sick leave versus vacation and health benefits, you always have to give up some things in exchange for others that are more important to you. That's not how our politics works. Our politics is just, 'Here's how I feel.' But if we're forced to prioritize, we'd have, I think, much more rational politics."

Downside: Are there some things that should be market-free? Weyl doesn't think so.

How it works: In one version, everyone receives a vote but you could receive additional votes for additional credentials or degrees, or by passing some sort of exam.

Or a subset of the population is selected at random to receive voting rights each year, requiring them to pass a series of competency exercises before casting their ballots. Or a complex "simulated oracle" system could be used that would statistically correct the votes of low information voters according to how they might vote if they had more information.

What would that look like? "The rule of the knowledgeable." Voting power would be partly or wholly derived from each voter's knowledge of how government works and their familiarity with the issues that affect policy. Philosopher Jason Brennan says, "In one way or another, citizens acquire more power by knowing more.”

"I think it's worth thinking about alternatives to straight democratic voting, where we give everybody an equal vote regardless of their background knowledge," he adds. "Think about the following: Why don't we allow 8-year-olds to vote?

Two reasons we might give: First, that they're under the influence of their parents. But we might also argue 'Well, those kids don't know anything. Why should they vote now when they're ignorant? They can vote later when they know something.' But the adults aren't really much better."

Downside: Who could possibly create a test that all political factions agree to? The idea of forcing individuals to pass a test in order to vote has a fraught and painful history in the U.S. Creating such a test would almost certainly open up our elections to biases and discrimination at the hands of whoever is crafting the test, even if its creators try to make the test fair.

How it works: We should make Election Day a giant party. Eric Liu, founder of Citizen University, recalls Election Day before the advent of television.

"It was about street theater and parties and open air debates and festivals and competing parades. Theatricality and spectacle," Liu says.

What would that look like? Liu cites an effort in Florida where younger people have organized all-night dance parties, complete with top-tier DJ entertainment, where the only way to get on the guest list is to prove you're registered to vote. In Akron, Ohio, kids have put together plays about election issues. In Philadelphia, they have election-themed scavenger hunts.

Upside: Liu highlights the importance of using the democratic process to interact with fellow citizens in person.

"So much of our lives are mediated." Liu says. "We deal with one another through our screens. We're literally not seeing each other with our heads and necks craned looking down at our smartphones. Although social media makes many great things possible with scale and speed, that wasn't previously possible.

Think about the emergence of both the Tea Party and Black Lives Matter, or Moms Demand Action for Gun Sense in America. All these things emerged out of social media, and that's great. But at the end of the day, face-to-face matters most in democracy. Democracy and self-government are about relationships, the capacity for seeing one another."

How it works: We’re not trying to be cheeky — plenty of experts on this week’s show argue that U.S. elections are not exactly a gold standard for perfectly fair and free elections. Historian Carol Anderson says the U.S. only had elections free from voter suppression tactics for a brief period of our history — from the passage of the Voting Rights Act in 1965 up until the 2013 Supreme Court ruling that such protections were no longer needed in contemporary America. And Pippa Norris — who runs the Electoral Integrity Project—says that the U.S. ranks behind at least 50 other Western democracies in terms of election integrity.

What would that look like? Norris says we just need stronger election infrastructure to bolster our rankings on the democracy charts. Updated technology would help, since most election computer systems date back to 2002’s Help America Vote Act. A centralized federal election authority might also help, if only to provide training, resources and support to local election authorities. The dispersed, disconnected nature of American elections actually makes them harder to disrupt.

Upside: Most of these reforms have already been implemented in some form in various parts of the country—we just lack standardization across the nation, which is perhaps where Norris’ suggestion of a central election authority could help. That also means that of all the models mentioned here, these reforms are the most achievable.

Downside: Nothing high tech, nothing radical like limiting the vote to the most engaged citizens, or opening it up to children — just the best possible version of the system we have now. Hey, at least we could still have election day parties.