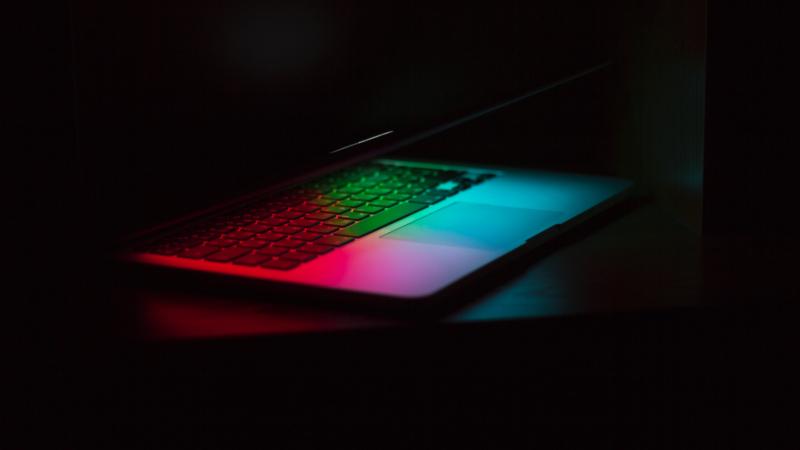 Machines are getting smarter. They have been for a long time. But is there anything uniquely human that they will never be able to do?

It’s a question that science fiction has taken on countless times — media has imagined worlds in which robots experience emotion and other subjective experiences that humanity associates with creativity.

And while experts still wouldn’t argue that machines are conscious, human creativity and technology have long been intertwined. Today, machines enhance our photographs and suggest songs we should listen to. They can even improvise music with just a little guidance from people, at least that’s what is happening at Google.

The company launched a project called Magenta, where a program is given a musical prompt (just nine notes) by humans, and then the computer follows its lead, and responds with more music.

Google recently shared an example of this with the world, when it posted an original song composed by Magenta after it was fed the first four notes of "Twinkle, Twinkle Little Star."

It can sound scary to those who would rather see art as the domain of humans, but Doug Eck, who directs Magenta, doesn’t think creatives should feel threatened.

Doug Eck: With every technology, there seems to be someone who comes along and tries to use it to make art. The film camera is my favorite example.

It really comes down to one more step in the technology chain towards building ways to communicate with each other and share ideas.

TTBOOK’s Anne Strainchamps wasn’t too impressed by Magenta’s "Twinkle, Twinkle Little Star"-inspired composition. But she did talk to Eck about what could happen if humans collaborated with a program like Magenta.

Anne Strainchamps: I don't want to insult your computer program, but when you listen to that sound, it doesn’t sound especially sophisticated. But when you end up inviting a couple of human musicians to play along with it, it gets into the realm of what I would call music.

Doug Eck: I'm offended (laughs). And I think you're right.

What is even better, is that we didn't invite musicians. We simply put that that track out on our blog, and these musicians picked it up on their own.

AS: Maybe that is an example of where you could imagine this going, and where it could be kind of like a human-computer partnership. It's not about the computer taking over and replacing human musicians. It's another kind of entity to jam with or to use to make music, just in a different way.

DE: It strikes me that, musically speaking, we do this all the time. For example, imagine taking an electric guitar and plugging it into a gorgeous tube amplifier with maybe with a couple of pedals, but with nothing digital in the pipeline at all. And you strum a chord, and that chord just resonates and continues. And then you move your guitar a little bit closer to the amp, and you keep that feedback going. It makes you feel like you're the one creating that noise. And you are the one creating that noise, but let’s face it — you're awfully reliant on technology.

The futuristic, and for some, frightening, question still remains though. If people and machines have been collaborating for years, will machines ever be able to exceed what they’ve been taught to do by humans? TTBOOK’s Steve Paulson asked Eck’s Google colleague — Blaise Agüera y Arcas, who leads Google’s machine intelligence group — what he thinks.

Blaise Agüera y Arcas: Yes, I think they can. What is really interesting about the modern systems, is that they start off as disorganized neural networks, like a bunch of model neurons wired up in a random way. And then they learn from example. As you teach examples, [the neural networks] do develop concepts, and they do develop understanding of some sort. And I think that one can use that term [“understanding”] in a legitimate sense.

I'm not, by any means, saying that [these systems] are conscious, or that they have ideas, or are creative. But I am definitely saying that surprise is possible with a system like that.

Steve Paulson: You’re talking about the world of art, then. About the capacity to create a new kind of art that that humans could never dream up because, I don't know, there is a different kind of logic when it comes to machine learning.

BA: That's true. When we see some of the things that are generated or hallucinated by deep neural nets, it's a really trippy and weird kind of art, and it's not something that I've seen any person paint. So, yeah, it is new and different.

SP: Will we have a new kind of Turing Test to tell if art is created by a computer or not?

BA: I think that more fundamentally, the question is flawed, because whenever art is created it's always created by some kind of hybrid between what we think of as people and what we think of as technology. When I use paintbrushes, a camera, or Photoshop, I am using technology, and it's not separate from us. We are a technological species.

Moreso than we might realize, human creativity is more synthetic than miraculous, says @blaiseaguera. https://t.co/pumP8z81u4 pic.twitter.com/jLIY5wC8sp

For Agüera y Arcas, modern technology’s strides have stretched his own appreciation of art, and has even led to the reimagining of who, or what, might make it into our creative canon.

SP: So even the great novel? Something like “War and Peace,” an epic novel that seems to express something timeless about about human nature -- you're saying computers, in the future, will be able to write those?

BA: I think that is like asking “will you ever be able to take a picture that looks like a Caravaggio?” The answer is yes.

If you set up a studio very carefully, or use Photoshop, or something to synthesize brushstrokes that look realistic, then you can set up a photographic situation in the studio that takes a picture that looks like a Caravaggio. It doesn't diminish Caravaggio, and it doesn't diminish modern painting.

I'm not sure the question is even interesting, if that makes sense.

SP: (Laughs.) I guess I’m trying to hold onto more than a shred of human originality here, and you're kind of blowing that idea out of the water.

BA: Well, I'm not that into human exceptionalism, I suppose. I'm not sure that I buy it. And I think that investing a lot of our identity in this idea of being exceptional relative to our machines seems like shifting sands. And it seems like it's denying what is most interesting about our humanity, which is our ability to shape our environment and to grow in ways that exceed the capabilities of our own body collectively and individually.