Could the Internet Be The World’s Greatest Piece of Collaborative Art? 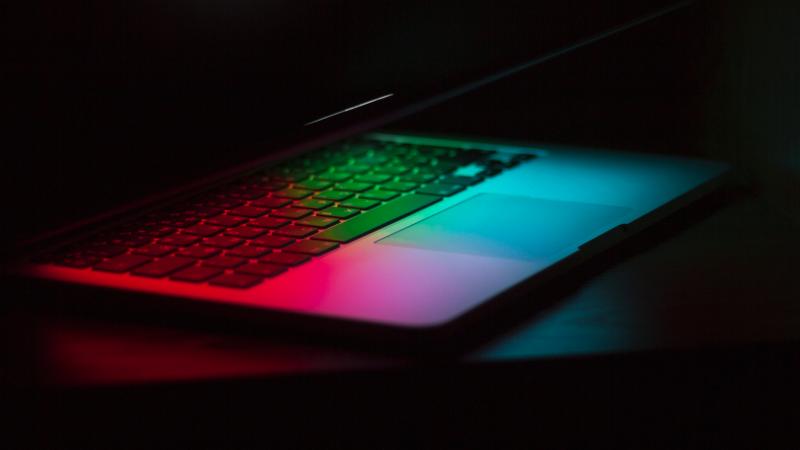 Despite Virginia Heffernan's occasional pangs of analog nostalgia — she still loves landline phone conversations — she was an early adopter of digital technology.

She first used a computer at age 9, sparking growing wonderment with technology and the magical creative power of the internet. She writes about the internet in her book, "Magic and Loss: The Internet as Art." In a recent conversation with "To The Best of Our Knowledge" host Anne Strainchamps, Heffernan argues the internet is, "the great masterpiece of civilization."

"Civilization moves from more material to more abstract. Take finance: we went from mined gold to gold ingots to minted gold ingots with inscription on them to paper with inscription on it," Heffernan said. "Like a book, you know it's the letters and the symbols on the dollars that make it meaningful. And then to electronic pulses all the way to Bitcoin. And one of the most abstract things there is."

Strainchamps: So are you suggesting that historically we're in this continual battle to transcend the physical?  Because that seems problematic. We are fundamentally bodies.

Heffernan: Yes. And I think that that is a really interesting and ultimately productive tension. Another view: there's a lot of alarmism around, say, girls being harassed and particularly sexually harassed using digital technology.

I read a book about this with lots of interviews with young women (describing) how horrible things happen, where their faces are grafted onto naked bodies and (are used to) blackmail them. It's really obviously terrible and I can see it being heartbreaking to the girls.

I've been hazed on Twitter many times and it does wreck your day but it doesn't damage your body. Right? That's potentially a reform on an actual physical rape, disease, teen pregnancy.

S: Online, we’re creating a digital world in which nothing can die, where we can't be hurt physically. Isn't the fact that we are beings that can die somehow at the heart of everything good about us?  Do we want to live in an immortal world?

H: No. I mean I couldn't. I don't think it's an accident that we've seen the rise of these intensely physical practices, an almost kind of kindergarten return to "let's pay attention to the food we eat" or brutal physical exercise we endure.

S: But you're saying this is basically in response to our increasingly abstracted digital life — we’re craving the physical?

H: Yes. And you know not everything that's great about humans exists in the body. There are also enormous mental and emotional pleasures to be enjoyed in symbols and language and images.

Another example, in Japan. (Sociologist) Con Isshow has written many books about how that's been a godsend in Japan to have digital culture because people are so straightened by name, rank and serial number in physical life, in the walking-down-the-street life, in the subway life and then, of course, in the lives of salarymen and women.

Then they got the internet and all of a sudden they can be shapeshifting — they can have different names, they can write differently, they can enter different worlds, test out different ideologies and different romantic experiences.

What's wrong with the side of us that wants to take beautiful pictures and put them on Instagram? That's not a corrupt, twisted, horrible, overly civilized part of our nature. That's baseline artistic expression.

S: One of the things I really liked about reading your book is the sense of wonder you brought to the internet and to the reach of digital culture.

H: You know, the first screen I ever looked at — that screen that had that black background and the green phosphorus letters in the front — I spent so long just trying almost semi-consciously, unconsciously trying to fathom what was back there.

You know, it's very interesting that that interface looked so much like the night sky. You know, something bright and legible and symbolic to make sense of, you know, with constellations and use that left part of your brain and the front. And then this infinite regress yonder back there in the darkness almost forgotten that there was something beautiful about that as though the letters and the meaning was kind of appearing in front of you.

And finally when I understood the internet, that it was still a lot to have appear in the corner of your parents’ bedroom, where you were curled up with this computer. When it became a 100 million and then a billion and then 2 billion and now more than that, I just … my little brain is not enough. It doesn't compute that it, doesn't make sense of that there are somewhere 2 billion minds are potentially available to me on my phone. That used to just be called humanism, founded in this awe for the human mind and with the enormity of our collective experience.