Is It Time To Change How Americans Think About Prohibition? 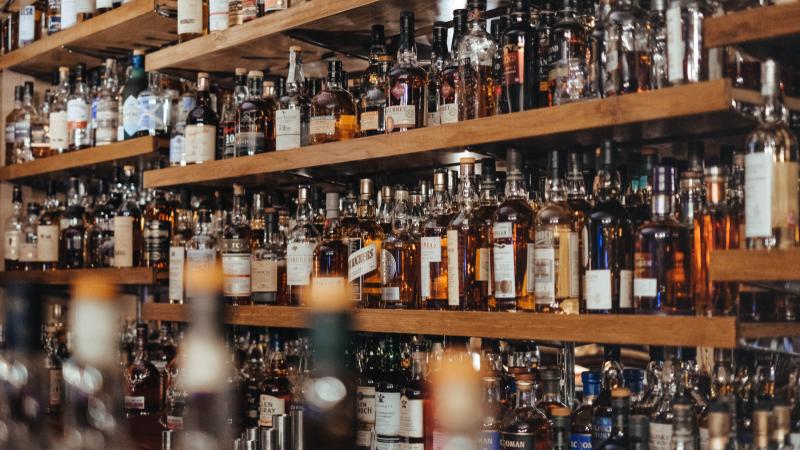 Today, it's common when flagging down the bartender at the hip new neighborhood spot to comb through a book of artisan cocktails while taking in decor ripped straight out of a flapper-era speakeasy. Prohibition has become synonymous with two things in the American consciousness: a failed moral experiment, and a roaring '20s aesthetic nostalgia.

But Lisa McGirr, historian and author of "The War on Alcohol," thinks that ignores a big part of the history lesson that Prohibition offers us.

The virtue of sobriety finds its roots in the temperance movement of the 19th century, a progressive movement which, according to McGirr, shifted restraint from imbibing alcohol from a personal virtue in religious households to a civic virtue to be enforced by the increasing power of the federal government.

The influx of immigrants at the dawn of the 20th century — working class people who often brought with them strong traditions around beer, wine and spirits — caused a moral panic among these progressives.

"Overnight it seemed like Chicago, New York (and other cities) are becoming unfamiliar places to many of the men and women who had inhabited them earlier because of these massive waves of largely European, often Catholic men and women who shared habits of drink as part of their rituals of family and culture," said McGirr.

Temperance advocates often blamed poverty and other social ills on immigrants' use of alcohol. This culminated with the passage of Prohibition in 1920, the immediate effect of which was to double the population of both state and federal prisons. It was an early example of criminalizing a recreational substance that McGirr sees as a precursor to the explosion in incarceration decades later during the war on drugs.

And the unforeseen consequences of coding the virtues of sobriety into law went beyond prison numbers. Since federal authorities didn't have the feet on the ground necessary to police every bar and tavern in the nation, they frequently enlisted local organizations as their deputies, making for some problematic bedfellows: a "dry enforcement army" that included the Women's Christian Temperance Movement, the Anti-Saloon League, and the Klu Klux Klan.

Each group had its own enforcement priorities that were tricky to oversee. A KKK leader from Southern Illinois, for example, who was concerned about Italian Catholics immigrating to (and drinking in) his county, offered up klansmen as the foot soldiers to supplement federal enforcement authorities, McGirr said.

"They're deputized by Prohibition Bureau officials. And there's a series of four or five raids in which the local immigrant community is targeted and also terrorized," McGirr said. "The drink issue is used instrumentally as a campaign of terror against their communities."

That history of abuse, discrimination and violence complicates modern day nostalgia for the Prohibition era, with its flapper skirts, speakeasies and jazz as symbols of rebelliousness, avant-garde sensibilities and cross-racial experimental culture. McGirr argues that we must temper our reverence for the time with the reality that the positives of underground Prohibition counterculture were visited upon a privileged elite few.

"A very small segment of the elite men and women could participate in those protected spaces, and it came at the cost to the neighborhoods surrounding those underground worlds of leisure," she said.

The historical lesson, McGirr said, is that laws regulating the use of recreational substances has never truly been black and white in America, and selective enforcement as a vehicle for abuse still resonates today.  "And so I do think ... Prohibition can really help us better understand both our past as well as our present."