Tales of Dragons That Fight Segregation, and AI That Fights Transphobia 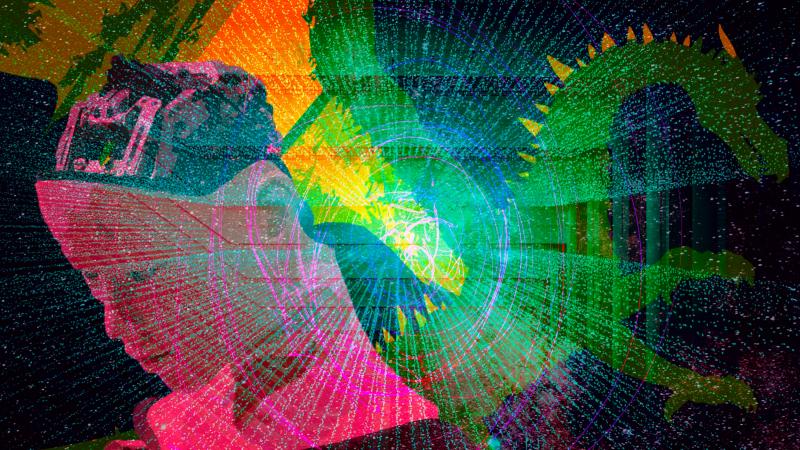 Science fiction is packed with dystopian visions of what might go wrong in the future. But not every story is like that. Victor LaValle is the editor of a collection of short stories where — even in dire situations and terrifying futures — everyone has a place, and a chance at being the hero. 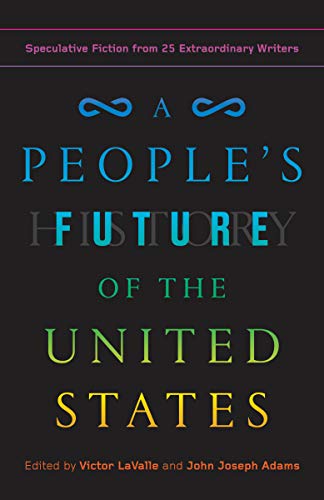 It's called "A People's Future of the United States" — a name evocative of Howard Zinn's history by the same name, and deftly named. LaValle's goal for the collection was to paint futures that include all people — and that all of us have a chance at redeeming ourselves.

"For a lot of the stories in this collection, hope largely means the ability to still be here, fighting," said LaValle, speaking to Steve Paulson of "To the Best of Our Knowledge." "The idea that hope means a happy ending has 1.) ruined many, many people's lives, but 2.) doesn't take into account one of the beautiful things about life: today things are great, tomorrow you start again. Things might go badly tomorrow, but then the day after that, you might try again. "

"That's a lot to get in this world, the chance to keep trying, to fail sometimes and to sometimes succeed. That's as happy an ending as I imagine humanity ever gets."

LaValle recommended four specific stories from the collection, with some insight into what made them a compelling inclusion in the book.

'Our Aim Is Not To Die' By A. Merc Rustad

This story is about is about an autistic "non-binary human being who lives in a world where you're forced to choose a gender, or you are erased." The protagonist can't make that choice, and spends much of the story avoiding the moment they fear they will be forced to either lie about who they are or be destroyed — until they find an unlikely ally in the form of an artificial intelligence.

"One of the great surprises of that story — at least for me, even as a reader — was for me to realize I was very used to this sort of Skynet, 'all technology is bad, they're out to kill us' sort of story,'" said LaValle. "And that knocked me out of my chair, to say we're supposed to think differently about the future for everyone. And in this case, everything."

'The Wall' By Lizz Huerta

In a near-future at the United States-Mexico border, the government has virtually eliminated any resistance to a hardened wall between the two countries — on the American side. On the Mexican side, a separate group has devised a magical way to get U.S. soldiers to change sides and protect the migrants being rounded up and put into cages.

LaValle says the eerie part of this story is that it was a complete work of fiction when Huertas first drafted it — several months before the Trump administration implemented their family separation policy at the border. said LaValle.

"When (Liz) gave it to us, she was like, 'I know this is unrealistic. But I'm writing about the thing I'm scared could someday happen.' And then like six months later, it was just news," said LaValle. "And that was one of the most terrifying things about this story."

'It Was Saturday Night, I Guess That Makes It All Right' By Sam J. Miller

Two men make a living installing mass surveillance equipment necessary to track every aspect of U.S. citizens' lives. As they travel from town to town for work, one of them hangs onto a secret — he's in love with his colleague. Which is a problem, since in this dystopia, being gay has been outlawed. Instead of confessing his love, he finds solace in hooking up with other gay men in secret — in parks and other areas not under surveillance.

Through that sexual connection, he encounters something magical, something transformative that has the potential not just to disrupt the relationship between the man and his crush, but the entire society of post-industrial upstate New York and beyond.

"The way that Sam writes about when the men are hooking up, he doesn't shy away from the lust of it all, and the exposure and the fear," LaValle said.

Without spoiling where Miller's story takes the protagonist's sexual awakening, LaValle says the power of the story is in how it takes something typically cast as shameful and instead puts it at the center of redeeming an oppressive, bigoted social order.

"Instead, he turns it into something powerful, and liberating, and it's really ingenious," LaValle said.

'Give Me Cornbread Or Give Me Death' By N.K. Jemisin

What if segregation was enforced not by jackbooted police or insidious housing policy, but by dragons? Yes, like "Game of Thrones" dragons. That's the premise of this story from N.K. Jemisin, award-winning author of "The Fifth Season."

In this world, people of color have been forced into closed-off ghettos, enforced by fearsome dragons.

"Power has been seized by this great authority who use the dragons as a security force to hunt down and kill anyone from groups of color who overstepped their bounds," he said.

But the narrator of the story has a plan to bring the dragons over to their side — with cornbread.

"The plan is to feed the dragons really great ethnic food — for lack of a better term — and turn those dragons into if not pets, allies," LaValle said.

LaValle said this one is better read unspoiled.

"I would say this story ends with a great meal," he said.