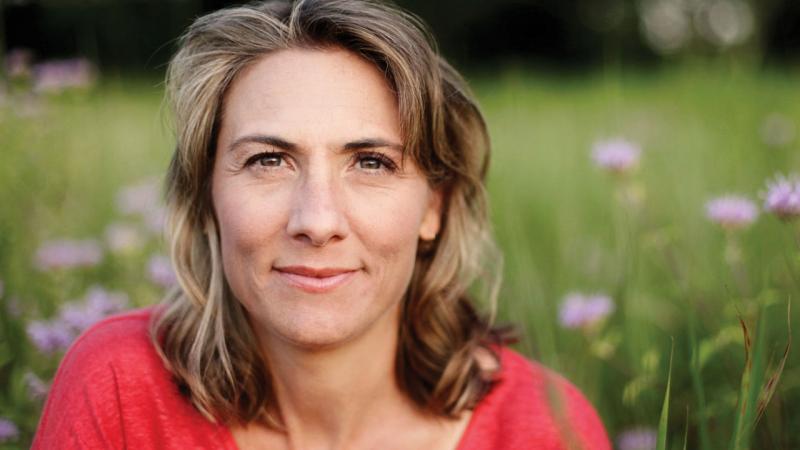 Hope Jahren grew up hanging out in her father’s science lab at a college in Minnesota. When the father went into the lab most evenings, he brought his children with.

For Jahren, this was a magical place stocked with magnets, lasers and other scientific equipment.

"I just loved the place," Jahren said. "I loved the way it smelled, and I loved the bright lights."

She dreamed of having her own lab one day before she even knew what it meant to have a job. Today, Jahren is a celebrated geobiologist who runs her own lab in Oslo, Norway, where she studies isotopes of fossilized forests. She’s also written a bestselling memoir, "Lab Girl," a lyrical ode to science which recently won the National Book Critics Circle Award for best autobiography.

Her book is a memorable account of life as a working scientist, colored in by vivid detail of nature’s wonders. "Lab Girl" is also Jahren’s impassioned plea for more women to pursue careers in science.

She has seen how young women can be discouraged from studying science, and she’s faced her own struggles when male colleagues doubted her commitment as a scientist. She hopes her own story will inspire more women to pursue careers in science.

Jahren had a chance to speak with "To The Best Of Our Knowledge" about her life, book and women in science.

Learning From Mom At Home

When you make jam, how few dishes can you dirty from the whole process from picking to cleaning to boiling to canning? I saw her do that with cooking, with sewing, with gardening. Think about it while you do it before, during and after you do it, and tweak how you do it. I was just taught that’s how you live life.

The Depression hit the Midwest pretty hard. So the combination of having a lot of mouths to feed and having the woods at your backdoor, brought some strange things to your cooking pot, whatever you could catch. So I knew that as a woman, as my mother’s daughter, there were problems that could be solved if they had to be solved.

Every hour I’m always very sensitive to what a good fortune it is to be able to think for a living. Women’s lives didn’t have room for professional science in the way that I practice it now. And yet they used all those skills: planning, calculating, guessing, trial and error. And working. That’s something we’ve been doing for generations and generations.

I chose plants because it was really the hardest problem I could think of. You’re dealing with a living organism that’s just as alive as you are. They’s using different things, using different strategies for different reasons. And I thought, "Wow, that’s a mystery I could spend my whole life on."

One thing I’ve been thinking about for many years, and it comes from a brilliant professor I had early on, who said to me, "The difference between a plant and an animal is that if you don’t like it where you are — and you’re a plant — you can’t get up and walk away."

As animals, that’s so much (of) our strategy. If it’s cold, we go indoors. If we attack something or we flee from it, so much of how we deal with the world is through movement. But plants stay there and take it. For the tree outside, if it gets cold or gets hot, it never goes indoors. It doesn’t run away from all the things trying to eat it.

So what do you learn from life and how do you interact with the world if you stay?

I think about that more and more because I’ve moved around so many different places, building labs and trying to make ends meet. I’m starting to look at life and asking, what do people get from staying? How do we grow in ways that we don’t if we put all that energy into running around?