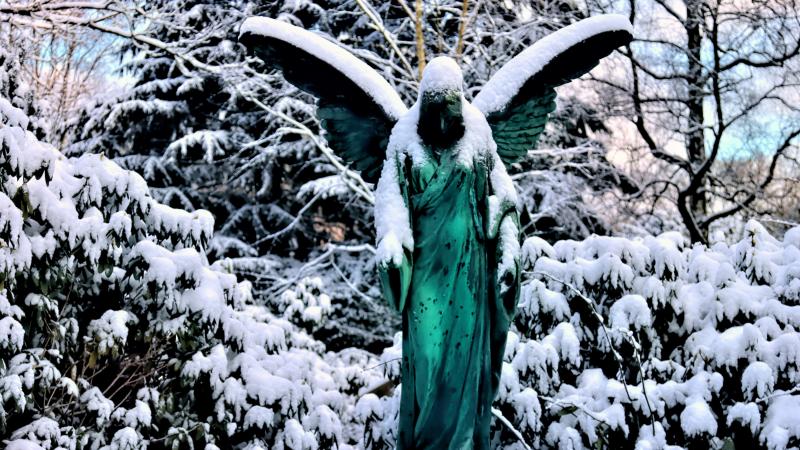 Welcome to the death revolution. Do you hear it? Across the country – in cafes, dining rooms, and community centers, there’s a new conversation taking shape. After decades of sanitizing and sequestering death and dying, America seems to be ready to talk about death.

In fact, we’re dying to talk about it. “When I tell people what I do,” says mortician and writer Caitlin Doughty, “I’m the most popular girl at the party. People are like,‘Wait, you cremate bodies? Tell me more!'" On her popular Ask a Mortician YouTube channel and her new memoir, Smoke Gets In Your Eyes, Doughty pulls back the curtain on cremation, embalming, burials and exploding caskets – all in cheerfully morbid detail. Embracing the macabre is part of Doughty’s campaign to combat our death phobic culture.

“It’s about making death a part of your life,” she says. As her website reads, “That means staring down your death fears - whether it be your own death, the death of those you love, the pain of dying, the afterlife (or lack thereof), grief, corpses, bodily decomposition, or all of the above. Accepting that death itself is natural, but the death anxiety and terror of modern culture are not.”

Another place where people don’t talk enough about death – surprisingly – is the doctor’s office. In their PBS documentaries, Consider the Conversation, filmmakers Michael Bernhagen and Terry Kaldhusdal lay out the emotional and financial costs of avoiding frank discussions about the end of life.

“American medicine’s success at fighting disease and extending life has created a new problem,” says Bernhagen. “The majority of us do want to die at home and we do want to talk about it. But guess what? Fifty percent will die in a hospital, 20 percent hooked up to a bunch of tubes and machines in an ICU, and another 25 percent in a skilled nursing facility. So there’s a huge disconnect.”

“If we don’t talk with our families and doctors about what we want at the end of life, someone else will make the decisions for us,” says Kaldhusdal.

Before this project, Bernhagen and Kaldhusdal were not professional filmmakers. Kalhdusdal is a sixth grade teacher in Wisconsin (and winner of the state’s Teacher of the Year award) and Bernhagen works in hospice. Initially, they weren’t sure anyone would want to see their films, but their community screenings sell out. Kaldhusdal says he understands that death is a difficult subject for a lot of people. “I’ve given our films to family members and friends and they don’t watch,” he says. “I know they don’t because they don’t say anything. But once they do, they say ‘Wow, I love that.’ And it leads to great conversations.”

How about you? Are you ready for the conversation? If so, stay tuned through this five-part series.

And if you want some more information about how to start a conversation with your family, your doctor, or yourself, take a look at this resource page on beginning the conversation.