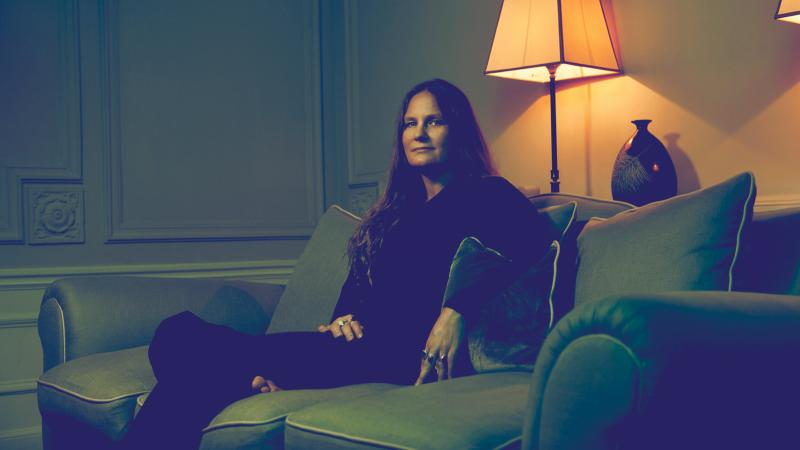 Writer Lidia Yuknavitch was so moved by Jeff VanderMeer’s science fiction book "Borne," that she read it, went to sleep, and woke up and read it again. The main character in this other-worldly tale is a polymorphous bear who moves in magical and unexpected ways, and keeps secrets in his fur.

Some of the themes Yuknavitch uses in her own writing — water, the relationships between animals and humans, and the blurring of reality and imagination — come through too in "Borne." It’s both a futuristic story and one with deep history. It’s this kind of dystopian beauty that drew Yuknavitch in, again, and again.

The book I am thrilled to recommend today is called "Borne" by Jeff VanderMeer. I have to tell you that this book blew me away — not just because it has a giant floating/flying bear that sort of surrounds and hovers over cities, but because the characters like the bear example are nothing like anything you've ever read before.

They are partly human. Partly not. They are partly constructed, partly organic. And they challenge your idea of who we are and why we do what we do in a world that is a lot like the one you live in, but also imagined into a future where things have become dire and overtaken by corporate crazy people. If that rings a bell.

But what's most beautiful about this novel, "Borne," is back to the bear. The bear carries it in its fur pieces of culture and history and memory and even objects that the other characters will need. And the fur of the bear also is a place of refuge where the main character can have respite, sometimes from the world and from violence and brutality.

The idea is that there is this figure that's not God and not science and not all the other things we've used to make sense of our life, but this grand, amazing animal that doesn't die and doesn't do good or doesn't do evil — just exists. Makes us ask what we're doing with our mammalian existence and how are we helping each other?

And the bear's name is Borne, hence the title [editor's note: the bear's name is Mord; the main character/creature that rides in his fur is named Borne]. And so, the book I'd like you to consider picking up and taking to bed with you so you can wake up and read it again is Borne by Jeff VanderMeer.