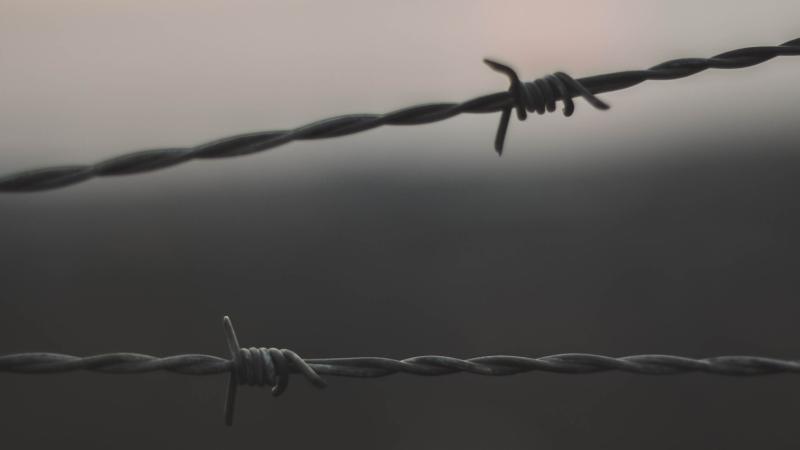 Imagine you'd lost your job and you were living in your car, trying to fend off roving thugs. And then you saw an ad that promised the comforts of a nice suburban home, along with a full-time job. There's just one catch — you only spend half your time there; you spend the other half living in a prison cell. That's the premise behind Margaret Atwood's novel, "The Heart Goes Last," a blend of dystopia and social satire.

An edited transcript of my conversation with Atwood ran on Electric Literature. Here's an excerpt:

Steve Paulson: What made you think about combining prison life and community life?

Margaret Atwood: I guess I started thinking about it a long time ago when I was a Victorian literature student, and it was a big theme for a number of writers in that era. Notably Charles Dickens, who was pretty obsessed by prisons because his dad was in one when he was a child. And the history of prison reform in that age, but also the history of for-profit penal colonies, of which North Carolina was one. If you go there, a lot of people say, “Oh yeah, my ancestors were those people.” Australia is also instructive because at first they shipped only men to that colony, for housebreaking and other things they’d done, but then they realized the men were quite rowdy and they decided to send some women to marry them and settle them down. But they didn’t have women housebreakers, so they lowered the bar on what you had to do to get transported if you were a woman. They criminalized more things because they needed to fill a quota. Any time you’ve got a quota system like that, you’re going to see that effect. It drives criminalization of certain things so you can fill up your scheme. Where I am right now, which is Tennessee, they had a scandal called Kids For Cash in which there was a for-profit juvenile facility, which they needed to fill up. Judges were taking money to sentence kids for this scheme.

Then I wrote a novel called Alias Grace, which is set in Canada in the 19th century, and the central character ends up in the first penitentiary there. So I read a lot about that. Prisons have changed and had different objectives through the ages. I think we’re at a moment now in which people are rethinking how they’re handling all of that. California, for instance, had to back down on its harsh “fill ’em up” laws because they couldn’t afford to have that many people in the prison system.

SP: It would seem that you’ve written a crazy dystopian story of society run amok, but you’re suggesting maybe it’s not so far off from the real world.

MA: I don’t put things in those kinds of books that are far off from the real world.

SP: You want to have something that’s just…

MA: Just around the corner, you know. Just a couple of different decisions and we’d be there.

You can read the full transcript over on Electric Lit.