'Handmaid’s Tale' Author Margaret Atwood on the Roots of Dystopia 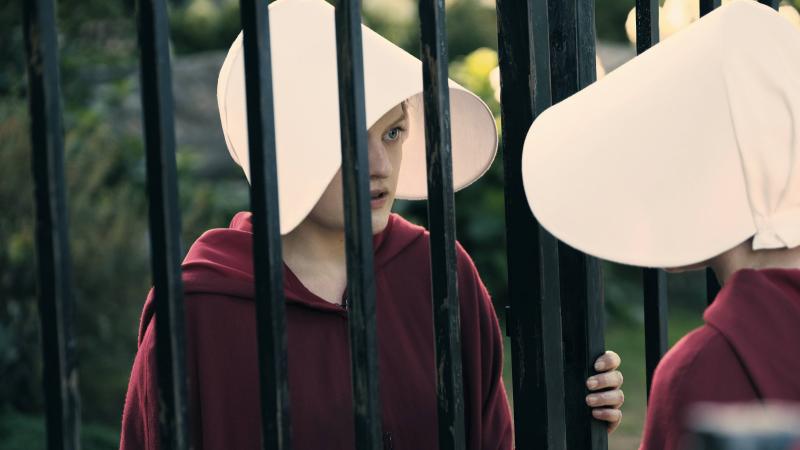 In turbulent moments of history, fiction can offer either escapism or a distorted mirror of our own time. Margaret Atwood does not shy away from the frightening realities of the day, which is one reason her seminal novel “A Handmaid’s Tale” remains chillingly relevant. So much so that the book has recently been adapted as a series on Hulu starring Elisabeth Moss.

Steve Paulson spoke with Atwood in 2015 about her approach to fiction and why today’s art matters for future generations. We wanted to revisit that conversation as we all get ready to watch the new adaptation of Offred’s struggle to survive a theocratic nightmare.

You dislike the label “sci-fi” as it applies to your work. How do you describe what you do? Where does it fit into the literary canon?

I think speculative fiction is more accurate. The whole genre had two granddaddies.

One of them was Jules Verne, who wrote about submarines and things like that. He was writing about things that he thought were happening, things that would or could happen. And the other one was H.G. Wells and he wrote “War of the Worlds” and “The Time Machine.” He wrote about things that you know just weren't going to happen: Martians being shot from Mars in tin cans, turning out to be super-intelligent, tentacled heads. When he heard about these stories, Jules Verne was horrified. He said, “But he's making things up!”

And then as you know, Verne led to people like Orwell, and H.G. Wells led to things like Star Wars. So I'm in the Jules Verne family.

Why are we seeing so many dystopian stories these days?

I think it's partly because people feel unsettled about the future – especially young people. They are envisaging a future in which there's a lot more social instability, where climate change is factoring into that in a big way. In fact, there's a whole genre called “cli-fi," which is climate fiction.

So I think that's coming just from where people fear that they are, just as George Orwell's “1984” was written in 1948 and it was about Soviet-style socialism as it would get played out in England.

Today, are we living in George Orwell’s vision of the future as laid out in “1984,” or something more akin to what Aldous Huxley describes in “Brave New World”?

I think it’s both. For instance, Orwell got the surveillance right. No question. Right after the Cold War ended and the Wall came down, everybody thought it was going to be Huxley all the way. But I think we now realize that we're living in a blend, that each one of them got some of those things right.

In 2014, you wrote a book for an art project called the Future Library, offering conceptual artist Katie Paterson an original manuscript that will be sealed away in a forest library for 100 years. What made you want to write speculative fiction for an audience so far in the future?

This project seized the imaginations of people all around the world because it's so hopeful. The library will still exist in a hundred years. The forest will still exist. Think of all of that helpful stuff.

The title of my book is “Scribbler Moon,” but I can't reveal anything else about it.

It's a fascinating imaginative exercise because I would think you'd have to think about what people would want to read a hundred years from now.

You have no idea any more than you have any idea of what people want to read now. All of that is gambling, but I think every time you're writing anything you're addressing an unknown audience.
But I was the kind of child who liked to bury things in jars in the back yard and was quite thrilled whenever I was digging around, doing gardening and whatever, to find something from an earlier age. I love those stories of people discovering caches and hoards and things that were buried and have lain unknown for thousands of years.