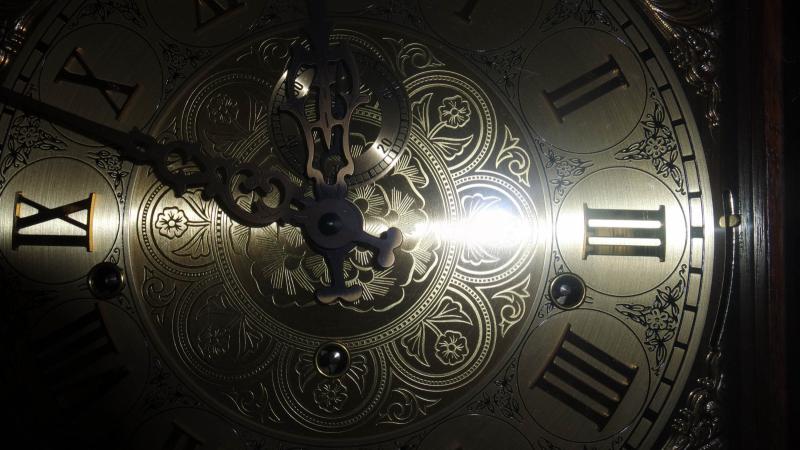 James Gleick, a science writer with a special interest in the cultural impact of technology, recently sat down with Steve Paulson to talk about the cultural history of time travel and its enduring appeal for To The Best of Our Knowledge.

Gleick has written a number of best-selling books, including "The Information: A History, A Theory, A Flood," "Chaos: Making a New Science," and "Faster: The Acceleration of Just About Everything."

His latest book is a mind-bending book called "Time Travel: A History."

Gleick: I think the thing that really triggered the book for me was a surprising discovery, a surprising realization, at least it was a surprise to me; and that was that when H.G. Wells wrote "The Time Machine" in 1895, that was the first time anyone had considered the idea of time travel. I always imagined, and I think most people imagine, that time travel is an ancient idea, that it's always been with us, that for all of human history we had these fantasies that we all have today of being able to hop into a machine or walk through a door and find ourselves magically transported either into the future where things are going to be wonderful and strange or back to the past where we get to meet Napoleon or the pharaohs or Queen Elizabeth.

But it turns out that that’s not true, that when H.G. Wells came up with this wacky idea in 1895, he really was the first person to do that, he was the first person even to dream of it. And so, the first thing I wanted to know is why? Why hadn't people thought about these things before? And then the second thing was why all of a sudden was it possible to have these fantasies?

Paulson: The thing that's striking about H.G. Wells' time machine is it only goes into the future, it does not go into the past.

Gleick: Right. He's able to return home but he doesn't even bother going to visit Shakespeare, find out what Shakespeare was like, which is sort of odd considering Wells was an historian and was certainly interested in the past. But Wells was also, by temperament, and he said this himself, a futurist. That was a word that was not very common in those days. He was very excited about the future and felt it was important to be forward-looking and progressive-thinking and that all the smart people should be wondering what the world is going to be like and taking an active role in creating the future.

Paulson: Why do you think we are so obsessed with time travel? Is there a deeper reason here?

Gleick: Yes. Because we're obsessed with time. Because time is what we care about, time rules our lives. Time creates possibilities for us and also terminates possibilities for us. Time is a harsh mistress. We struggle with it every day of our lives and more and more now than ever in the past. So it's natural for us to turn to these stories to look for some insight or just to get some relief from a difficult reality.

Paulson: You say something else in your book — it’s to elude death.

Gleick: I think that's maybe the secret hidden motivation for most time travel or, for that matter, for most of our worries about time. It's our mortality we’re concerned with, and time travel gives us a way to invent, at least temporarily, a kind of immortality.

Gleick: Yeah. When I say time travel wasn't invented until the end of the 19th century, we can still remember ancient Greeks, in their legends, imagined the Underworld where when you crossed the River Styx to Hades, you were able to meet your ancestors once again. Now that we know all about time travel, we could think of that as a version of time travel. Any story that allows you to meet your ancestors is in the time travel category and a lot of modern time travel is motivated by exactly that.