Why You're Spending Time Thinking About the Future in the Present 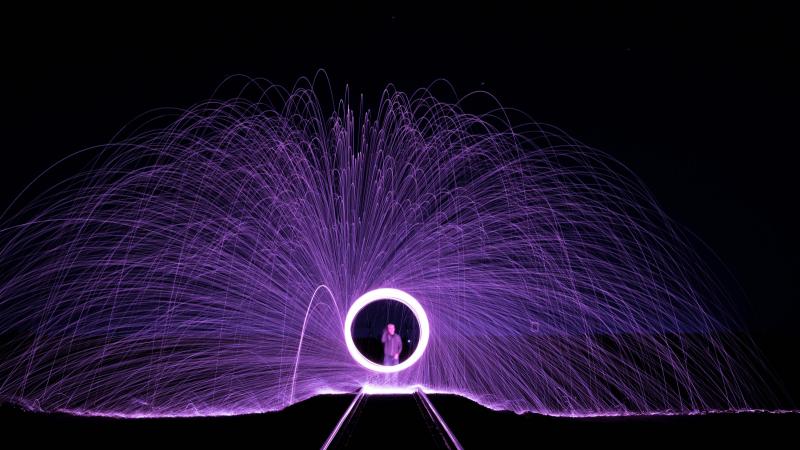 Time speeds up and slows down in mysterious ways. A minute is always 60 seconds but it can seem like forever if you're waiting on line. Or like nothing at all if you're also playing Angry Birds. Science journalist Claudia Hammond unlocks some of these mysteries in a book called "Time Warped." Among them — why we're so drawn to thinking about the future.

On our fixation on the future, with its advantages and disadvantages

Claudia Hammond: We spend a lot of time thinking about the future—if you put people in a brain scanner and get them to think of nothing and you say "just don't think of anything at all, or stare at this cross that's on the screen," one of the most common things they do is to think about the future. Even if it's just what they're going to eat that night, you can't help but plan ahead. And so it's almost as if it's a kind of default mode if the mind's not doing anything important.

It's not necessarily a bad thing. Humans have always been very good at planning ahead —tomorrow we'll go and see what's over the other side of that hill. We all have that curiosity and plan for things, and this has been part of humanity's success. Unlike other animals, we are particularly good at planning.

We like to think we'll be kind of better organized versions of ourselves, and be able to get more things done, but in fact that's quite unlikely unless you decide to do something differently. But this is this is the reason why the planning fallacy is so common, where you think you can get something done much more quickly than you actually can. You think you can build yourself a kitchen in a weekend, and three weeks later you still haven't even got a sink.

What's happening in our brain when we fantasize about the future?

CH: It's really interesting because one of the things that we're particularly good at is this mental time travel, something other animals can't do. Animals can plan where they bury or hide food for winter. But what they can't do is to throw themselves mentally into the future.

So we can time travel at will in our minds. I can imagine that next week you're going on a red double decker bus or a Caribbean island to go to some famous film star Johnny Depp's wedding or something like that. And I tell you to imagine you're doing that next weekend. You can already picture those things. And what's amazing is that what you're doing in order to pitch those things is you are putting together little fragments of past memories. It's almost like you're you're sort of cutting together all those little film clips together, memories of having seen a red double decker bus and Johnny Depp and all those different things and putting them all together, building the future out of the past.

This actually is one of the reasons why our memories can be so fallible. We often curse the fact that we can't remember everything as well as we might like to be able to. Obviously that becomes a problem if we witness crimes or things like that — there's been loads of experiments showing how easy it is to get a witness to think they might have seen things they haven't. We can splice together these little bits of memories to be able to think of the future.

There are really interesting parallels between future thinking and thinking about the past, to the extent that people with certain sorts of amnesia also find it difficult to imagine the future. They've done experiments where they ask people to imagine that they going to a museum at the weekend. People with amnesia will find it very difficult to imagine what that museum might look like, even though they're just conjuring it out of their imagination. But we know that the areas of the brain that do those different things are very, very similar.

Since our perception of the future and the past is so similar, can we gain control over how we perceive time somehow?

CH: There's a thing I call the holiday paradox where if you go on holiday — a good holiday that keeps you busy — then the holiday seems to go far too fast, where you get halfway through the holiday and it's already time to think about packing and coming home again. But then when you get home it feels as if you've been away from work for much longer than a week.

It's because we look at time in two ways — we look at it prospectively, where we ask how fast is it going right now. "I'm bored. Am I interested what's going on?" And then we also look back, and say "how fast did yesterday feel?" The number of new memories we make will make a real difference here. The holiday seems to go faster because you're busy and you've made loads and loads of new memories — you might have seen 10 or 15 new things each day. Compared with a normal routine week, you've made all these memories so it feels you've been gone a very long time.

So if you apply that to your life, if you want your life to seem long, then what you need to do is to be busy and fill it up with new things all the time. So on the weekend, don't keep going to the same restaurant or same bar. Do something else you've never done before in a place you've not been to. An evening walk somewhere different. And when you get to Monday morning, it will feel as if the weekend was long. And that's the same with life.

If time seems to be all racing away from you, then that could be a good sign that you're doing lots of things, you're really busy, and when you look back you will have lots and lots of memories and it will feel like a long long life.