Should Judges And Juries Look For Remorse? 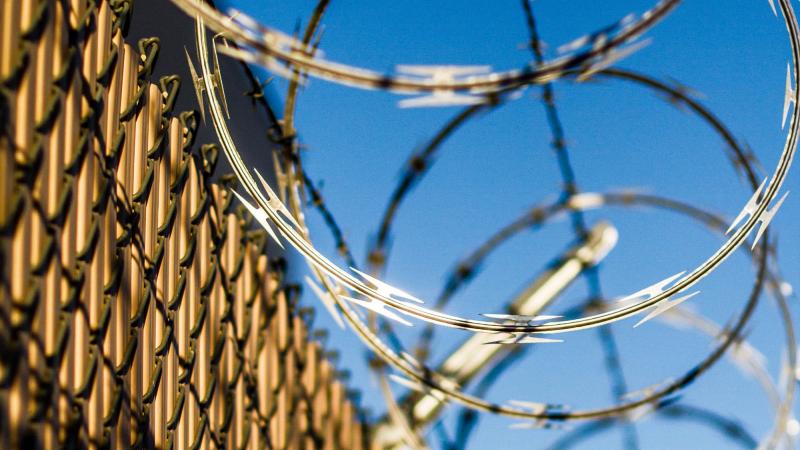 Feeling regret about committing a crime matters in criminal sentencing. But if emotion isn't supposed to have a place in the law, should it matter?

As a legal scholar focused on criminal procedure and civil rights, Susan Bandes is an expert in the role of emotion in law. In this conversation with Steve Paulson, Bandes tells us how judges and juries evaluate remorse, and why.

Steve Paulson: Why does feeling guilty or remorseful matter in criminal sentencing?

SP: Why shouldn't it matter? Don't we want people who have been found guilty to feel remorse, isn't that partly what this whole process is about?

SB: We punish people partly to send a message that what they did is something that is going to lead to consequences — that's deterrence. We also punish people for retributive reasons, which is to say “you did a really terrible thing, you should be punished.”

Remorse doesn't play an obvious role in either one of those questions, because if we're punishing someone for what they did, the way they feel afterward isn't necessarily relevant to that.

I think the most relevant aspect of remorse for punishment is rehabilitation. If someone is remorseful, that means they either want to become a better person or they might be saying that they did an awful thing but it was totally out of character for them.

SP: Part of the reason why we want the criminal to show remorse is to ensure that once they get out of prison, they would seem to be less likely to commit another crime.

SB: Everyone really believes that a remorseful person is less likely to commit another crime, but there's absolutely no evidence of that. I'm not saying there never will be such evidence, but I've scoured the current knowledge on this and there is no link.

SB: I know, it's very surprising.

SP: When judges and juries are trying to figure out whether someone is guilty or how severe a sentence should be, they are looking for remorse, right? It factors into their judgment.

SB: It's huge. There's a Capital Jury Project that interviewed many jurors after they had determined life or death sentences in capital cases, and these jurors said that remorse was either one of three important factors or the most important factor in determining whether someone would be sentenced to life or death.

But remorse takes time, it isn't necessarily something that someone feels by the time they’ve gone to trial. True remorse and true atonement comes from asking “is this the kind of person I want to be? Can I be a better person?” And that's not just a fleeting emotion, that’s a life change. Yet the law doesn't really care what happens to you when you go to prison.

SP: And there's also the question of whether the person is actually feeling remorse or just putting on a good show of appearing remorseful.

SB: Yes. Is the law really capable of determining whether someone is feeling remorse and evaluating it?In that case, we have other folk knowledge that is quite inaccurate, because it is not possible to look at somebody’s facial expression and body language while they sit in a courtroom and determine whether they're remorseful. And yet jurors and judges are absolutely sure they can do this.

SP: Whether or not the defendant is making eye contact with the jury probably figures into all of this.

SB: Very much so. In one study, judges were asked if they believe that they can tell whether a defendant is sincerely remorseful. Majority of them said they could, and that they could do it with accuracy.

Remorse is also especially hard to evaluate across cultural, racial, or ethnic lines. Some Canadian judges were telling me that they had been judging people as remorseless for years. Then, they went to a cultural competency training workshop where they were told that Aboriginal people had been raised to think that it was quite rude and aggressive to look someone in the eye, and one judge had an epiphany that he had been giving people a sentencing tax for [not looking him in the eye] based on his own cultural ignorance.

There is also a study by Bill Bowers and his co-authors that found that white juries would look at a black defendant and find him arrogant and cold, while black jurors looking at that exact same black defendant would find him remorseful.

So remorse is a communication, and both sides of the communication need to have the same rules about what remorse looks like.

SP: Is remorse the same thing as feeling guilt?

SB: No. Guilt, I would say, is an internal feeling probably that people have. It's also a legal judgment, but I don't think that's what you're asking about.

Remorse, in most definitions of it, requires more than feeling bad about what you did. It also requires looking forward and thinking “I didn't mean to be that kind of person. I want to be a better person in the future and make atonement.”

SP: So you've looked at all this research and it sounds like very few judges and juries are aware of it. How would you change the criminal justice system based on the evidence you've seen?

SB: I think a few things can happen. One is that we need to instruct jurors on whether we want them to think about remorse, and we need to talk about why they shouldn’t assume that remorse is a recidivism issue. We also need to tell jurors that facial expression is really not a window into the soul.

We also have to tell jurors that under the Fifth Amendment and our presumption of innocence, people aren’t required to prove their own innocence. There might be an uncomfortable moment in which a prosecutor might say “[the defendant] never said he was sorry,” but the defendant really doesn't have to say he's sorry.

SP: So, you're not saying remorse doesn't matter, because it does seem to be a factor in making those convicted of crimes better people.

SB: Right. If you look at you Larry Nasser in the Michigan state case…

SB: Exactly. He was certainly appearing to be extremely unremorseful and it was very hard to watch. It made people very angry that he wasn't expressing remorse. Now that really is galling to us, and we care about that, but the question is - how should punishment reflect that?

I think that it's hard to take remorse off the table entirely when you're evaluating somebody’s future in the penal system because it is so tied in with a lot of other things we care about like empathy, a basic sense of humanity, and the ability to learn from mistakes and grow.

I think part of what we're saying here is that when someone is in a courtroom and their demeanor and actions are evaluated, it's hard to nail things down to just one or two factors. We do tend to look at the whole person and consider remorse, and I don't think we can totally avoid that. But I think we can give judges and jurors more guidance, so they don’t operate solely on folk knowledge.

Let's not put someone away because the court thinks they’re less remorseful and therefore likely to recidivate when there's no evidence of that.