When Should An Author Call It Quits? 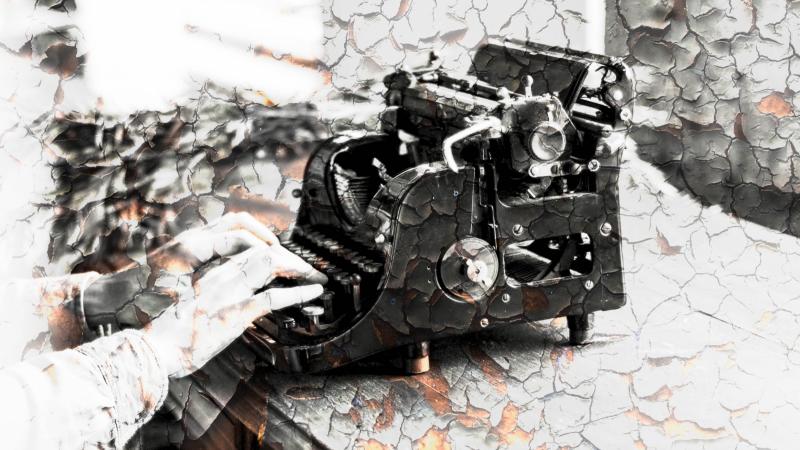 Martin Amis was once the scourge of the British literary scene. As a young novelist, he was dazzling and impossible to ignore. And the fact that his father, Kingsley Amis, was one of the famous writers of his generation made Martin all the more fascinating to the literary world. Now, at 68, Amis wonders how much time he has left as a writer.

As I discovered, Amis has strong feelings about writers who work past their prime. It’s a subject he returns to repeatedly in his new collection of essays, “The Rub of Time.”

Steve Paulson: “The Rub of Time” collects essays you have written over a span of 23 years from 1994 to 2017. This idea of time is a kind of throughline in your book. Not just how culture has changed over these years but how you have navigated this passage of time. What does that phrase "the rub of time" mean to you?

Martin Amis: It means two things. It's an acknowledgement that the only value judgments that can be made about literature are the judgments of time. That's your only reckoning. It's a rather beautiful idea because it means you will never find out if you're any good because you'll die.

The other thing about the "rub of time" is the sense of the wear of time on a particular talent or intelligence. It's an embarrassing truth that 90 percent to writers suffer a tremendous diminution or dilution as they pass the biblical span.

SP: You say in one of your essays that modern literature’s dirty little secret is that writers die twice: once when the body dies, and once when the talent dies.

MA: It's something of increasingly pressing interest to me. What would I do if I felt that my writing became ordinary? I admire Philip Roth for just announcing that he was not going to write anymore. You make sort of a clean breast and just say "that's it." And I respect that, rather than toiling on, as some very distinguished writers have done. For instance, John Updike lost his ear.

SP: But there would seem to be exceptions. Penelope Fitzgerald published her first book at age 58 and published her final novel, "The Blue Flower" - often considered her masterpiece — at age 78. A lot of people would say that acuity of perception was the result of a lifetime of experience that made her such a great writer.

MA: Yeah, she's a famous exception. And I would also offer up my stepmother Elizabeth Jane Howard, who wrote a quintet of novels starting when she was 70 and going on into her 80s. It is far and away the best thing she ever wrote. So yeah, you can. God knows how, but you can dodge this fate. Otherwise, it's as inevitable as death.

SP: What about your father, Kingsley Amis? Did his writing drop off at the end?

MA: I think it did a bit, although he wrote “The Old Devils” in his mid-60s, and that's his great book. But then he wrote novels that follow "The Old Devils" which are pretty watery, sort of diluted.

SP: Did you ever talk to him about the struggles of the aging writer?

MA: We tended to talk more technically about what you couldn't do in fiction. Like we agreed that sex is more or less a forbidden zone.

MA: Don't write about it, no. It was very nicely parodied by Kurt Vonnegut in a single sentence, in some pulp book. One of his characters reads the following sentence: "She gave out a cry, half-pleasure, half-pain. How do you figure a woman as I ram the old avenger home?" A brilliant parody. But there are so many dangers...actually, the reason you can't do it when you think of what sex entails — I mean, it's a huge chunk of human experience and it's the act that peoples the world. But we can't penetrate it. You can do failed sex because that's comic, but what you can't do — and this is the challenge — is sublime sex. Good sex. It's impossible to write about that.

SP: You write a lot about what happens to writers as they age. And you are now 68. I'm guessing that you think about this a lot.

MA: Yeah. You don't actually day to day. You are used to the ups and downs. The writer's life has always been a mix of aspiration and anxiety. Keats called it "negative capability," this idea that you can progress, you can move forward, even though you're absolutely wracked with doubt. That's the fruitful edge of it all, ambition hedged with doubt. But I haven't really come face up to this falling off of powers.

SP: You don't think that your writing has gotten worse than it used to be?

MA: No. I mean it's got less pyrotechnic. And you quickly resign yourself to that. It's awful to see an older writer trying to be lively. A good example is Truman Capote's "Answered Prayers," this novel he kept boasting about for years. Everyone wondered whether it really existed, and it did. And it was very short, and full of this false vivacity that he tried to inject into it. And that's a terrible sight, like watching your grandfather dancing at a party.

It also helps if you write historical novels. Because the other thing that happens — and my father put it well to me, he said "all older writers hate younger writers because they're saying 'it's not like that anymore. Now it's like this.'"

SP: That's the other question. It's not just whether your talent declines once you enter your 60s, 70s and 80s. It's whether you still matter. Are you still relevant in a culture, especially one that’s obsessed with youth and fresh perspectives?

MA: Of course, you notice that all the time. And you benefited from it when you were young, and then you pay the price when you're older. That's just the way of the world, and it's good that it should be so. Aging and death do have their functions. Immortality in literature has never been anything other than a horror. Tennyson put it very beautifully and neatly — he said, "The woods decay, the woods decay and fall. The vapors weep they're burthen to the ground. Man comes and tills the field and lies beneath. And after many a summer dies, the swan. Me only cruel immortality consumes." And in Jorge Luis Borges, in that terrifying story "The Immortal..." It's a horror. The old crocks do need to fade away.

He might feel unsure about when to abandon his writing, but Amis is sure of the moment he knew he was done playing tennis. He describes it in this audio extra.