Making Peace With My Father, With Help From Dante 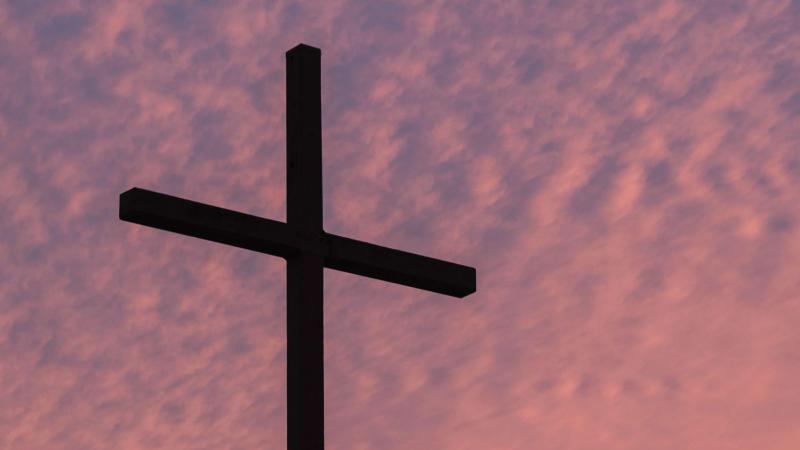 Writer Rod Dreher has always been the kind of person who’s taken charge of his own life. When he was younger and found life in rural Louisiana to be too narrow-minded and provincial, he pledged he’d leave, and travel the world in pursuit of a life of endless searching, intellectually and spiritually. When he found his spiritual life lacking as a young adult, he converted to Catholicism at the age of twenty-six. A self-described “crunchy conservative,” he’s always been a bit of a non-conformist—the kind of person who quotes Edmund Burke and wears Birkenstock sandals.

But when the Catholic Church sex abuse scandal rocked his faith in 2006, he left. Up until then he’d lived a comfortable life as a writer on the east coast, but now, suddenly, he was ready for a change. And so when his sister Ruthie died when he was forty-four, he returned that small town in Louisiana he’d escaped so many years ago, to be with the family he’d been estranged from for decades.

He told "To The Best Of Our Knowledge" about his effort to make amends in St. Francisville, Louisiana, and how Dante helped him make peace with his father.

Rob Dreher: It was the most painful thing I've ever experienced. And I'm someone who in recent years buried his younger sister and his father. Yet nothing was as painful as losing my Catholic faith.

I had come into the Catholic Church in my mid-20s after a period of strong agnosticism. I had a pretty profound conversion. This was in the 1990s. What changed for me was being in New York City at the New York Post and beginning to write in the early 2000s about the Catholic sex abuse scandal. I was writing about it before things broke big out of Boston, but certainly the Boston catastrophe wrapped things up greatly.

Exactly. [For me,] it's not so much the priest who actually committed the abuse as it was bishops and other clerics within the Catholic institution that turned a blind eye to it and ground families and victims under their boots. I ended up leaving the Catholic Church — became Eastern Orthodox — but for me it was not a matter of "I'm going to leave this wicked institution and go to a pure one." I don't think there is any pure one. And the Orthodox Church has problems too. But the difference was [that] I had been really broken by my own intellectual pride and I had thought that as long as I kept all the syllogisms clear in my mind about why the Catholic Church is the true faith, then my inner self was a fortress that could never be breached. I was wrong.

Steve Paulson: There were a lot of Catholics who said the Christians have a duty to forgive and that being a good Catholic meant that you had to let go of the anger and move on as opposed to just renouncing the church. And I'm wondering why you didn't buy that argument.

RD: Well you know I bought it in my head. I knew that it is not the case that the sins of the bishops or the priests negate the truths that the Church proclaims but for me my Catholicism was so much stuck in my head. And so when it came time to forgive, when I heard that you must forgive, I interpreted that as the bishops and those who apologized for them using the very precious Christian teaching of forgiveness as a way to avert justice. You know I think you have to forgive to get rid of the anger and make the way clear for healing. But I saw very little repentance or any real intention of doing justice in the Catholic Church on the part of the Catholic institution. So for me this called forgiveness was what Dietrich Bonhoeffer called "cheap grace."

SP: Do you think there are certain acts that are just simply beyond forgiveness? They should not be forgiven?

RD: No I can't say that as a Christian. I don't believe that because if I said that I would be condemning myself. But I do believe that forgiveness — for it to be an effective thing — it has to have repentance involved as well. And we have to seek justice as much as we possibly can, realizing that there's no such thing as perfect justice in this world. And you know in my own personal case I had to come to reckon with that in my own family. And I had to learn how to forgive my own father even though I saw in him no repentance for the wrongs he had done, yet I had to love him anyway.

SP: Why did you have to forgive your father? What was going on there?

RD: Well back in the end of 2011, after my younger sister Ruthie died, my wife and I felt that we needed to move from Philadelphia back to my hometown in Louisiana — a little town called St. Francisville — to care for my parents and to help care for my sister's children. And I took it as sort of a return of the prodigal son; I moved away from this town.

RD: Right. But as far as my father was concerned he was the quintessential old southern country gentleman. He thought that he was the center of the world and life in our small town was the center of the world and I had been disloyal by leaving it. I was his only son. And you know for a Southern man of his generation, that counted for something. So I came back and I thought he would receive me, but as it turned out he didn't receive me because he resented that I wasn't like him.

SP: So you would you walk back wanting to mend fences. And it actually got worse.

RD: Yeah it did. And this rejection just tore me to bits. I got physically ill, I fell into a deep depression, and around that time too I stumbled into "The Divine Comedy" of Dante Alighieri, and that helped me.

SP: Really? Reading Dante helped you deal with your father?

RD: Oh yeah. Strangely enough, I tell you, it was unmasking things within me. Flaws within myself, brokenness within myself that I had not dealt with.

There's a part in The Inferno when the pilgrim Dante is walking with Virgil through a cemetery in Hell, and he passes by an open tomb. Out of this open grave, amid the flames, rises this incredibly arrogant Florentine aristocrat, Farinata. So he says "I hear the voice of a Tuscan passing, come closer let me see if you're worth talking to." So in the poem they start arguing back and forth about Florence and, politics in Florence, and start trash talking each other. And I'm reading this thinking "Dante, Dante walk away from this guy, he's dead, he's in hell. He thinks he's still back in Florence where he matters." Then it occurred to me: this is me and my dad. My father is still stuck on the glories of our family and the glories of our place here in the Deep South. He doesn't see what's happening around him, but that's where he is. I can't move him. I am like Dante the Pilgrim. I can walk away and refuse to be bound by this conversation.

RD: No he didn't. And that's one of the things that drove me crazy. I was still so filled with anger after I had that epiphany, and went to confession. I still had a lot of anger because I was dealing with him on an almost daily basis, and just the hard headedness of my dad. He was a confessing Christian, but he was far more stoic than Christian. He just had to be right about everything.

SP: He didn't feel any need to ask for forgiveness even though he was on the right side of everything!

RD: Of course he was, he was Farinata of the Bayou! I would go to my priest and I would confess anger over and over. He said "what do you want." I said "well I want justice." He said "What does love know of justice?" And he explained to me said look you may never get justice from your father, your father may never love you like you think he ought to love you, but that doesn't release you from the obligation to love him. My priest said "I'm not telling you to overlook what he's done, because he has done you wrong, but you still have to find a way to love him.

SP: And did you? Did you did you get rid of the anger towards your father?

RD: Well yes and no. I mean things did get better. And as it happened, on the day before Good Friday 2015, my dad asked me to take him to the next town over to get a haircut. We were driving home and he said "you know, I think that I'm nearing the end of my life." And I said "Well Daddy, is there anything you want me to do for you. Can I call somebody, an old friend. Is there someone you need to forgive or is there someone you need to ask forgiveness of?" He said "well I've never done anything wrong in my life." I looked at him: you're 81 years old and you can say that? He was a smart, smart man, but a prideful one.

And so we started arguing again and when I dropped him off at his house I thought "You know that was stupid of me. I'm expecting too much of him I should have never have brought it up.

Well the next morning I went over there, this is good Friday morning. He was on home hospice care at that point and he had too many medications to handle himself, so I did it for him. I found him on his front porch sitting in his rocking chair, drinking his coffee, reading his morning paper there in the country, and I kissed him on the cheek, wished him good morning, ran in and did his pills for him, came out and said "I'm in a hurry, I've got a lot of work to do today." My dad grabbed my arm and looked in my eyes. My dad is not one who cried, but there were tears in his eyes and his chin was quivering and he said to me "I spent a long time talking to the Lord last night about my transgressions against you and I told him how sorry I was. I think he heard me.

It took so much for him to do that. Make that simple apology. And I kissed my dad, accepted what he said, and then went about my business. But I thought the rest of the day that if I had not come home and walked through this own personal inferno and Purgatorio of my family, I would never have been there to hear my dad say those words. And I was so grateful because when my dad died later that summer, I was able to spend the last eight days of his life caring for him, praying with him and for him, giving him his medication and just being there with him so that when he breathed his last I was holding his hand. And the only way that I had found that sort of peace that passes all understanding in his death was by forgiveness.