A Neuroscientist On Vanquishing Anger From Our Minds 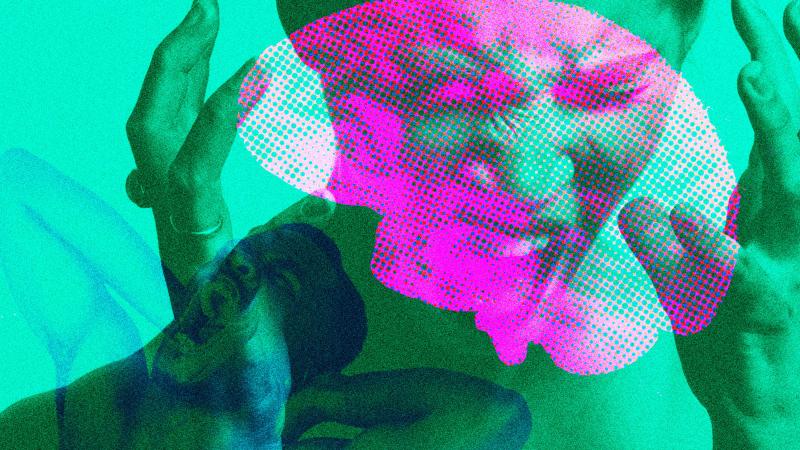 Before he dedicated his life to studying how emotions are generated in the brain, neuroscientist Richard Davidson was an activist, protesting the Vietnam War in the 1960s and 1970s. And he was very angry.

"I was definitely an angrier person then," said Davidson, speaking with Steve Paulson for "To the Best of Our Knowledge." "Not just angry about the Vietnam War — I was more volatile in my daily life. Not that I was ever an excessively angry person, but I definitely lost it at work a few times a week. That just doesn't happen anymore. It was a gradual change that took decades."

Davidson realized the anger of his protest didn’t contribute to making a real difference. And in his professional life, as he observed how Tibetan monks process anger in comparison to the average American, he came to believe that political anger might not be as useful as some believe it to be.

"I certainly understand why victimized groups become angry. It's not unreasonable for them to become angry. But the question is whether it is skillful in helping to actually resolve the situation and improve it," Davidson said. "Screaming at your enemy is just not going to lead to very much productive change."

It can feel counter-intuitive in a time when there’s plenty to be angry about, but as director of the Center for Healthy Minds at the University of Wisconsin-Madison, Davidson has raised the alarm that an overabundance of negative emotion presents a looming health crisis.

Rather than mire ourselves in anger, Davidson said, we must work on finding healthy ways to release, transmute and transform it so it doesn’t consume us.

So, according to Davidson, what does it take to truly vanquish your anger?

1. Take a lesson from the Dalai Lama: Learn to acknowledge the anger you feel immediately, and to let it subside.

Richie Davidson: "What's so unusual about the Dalai Lama is that — in one particular episode that I have a very clear memory of — he became angry because someone did something that was not appropriate. And then just literally a couple of seconds later, he noticed something funny about what they were wearing and he just burst out laughing."

"I have (only) seen [the Dalai Lama] angry a few times — very rarely — but for a very short period of time. (Just) a few seconds. But there is real anger there for a few seconds. I've seen him just flare very transiently. It's not that he's suppressing the anger — the anger arises and then it naturally dissipates, and then he's in the next moment. There's no spillover from one moment to the next."

2. You can transform anger into compassion and love.

RD: "(You can transform it with) years of practice. Awareness, compassion — training the mind to cultivate more virtuous qualities. I think it's possible to transform anger, but not by bottling it."

"We've published data in a randomized controlled trials showing that as little as seven total hours of (meditation) practice across several weeks is sufficient to change the brain."

3. But to let go of your anger, you have to feel safe in letting it out.

RD: "I think that it's very toxic to bottle up anger, so that if you're experiencing anger, trying to actively suppress it is very unhealthy. And there's a lot of evidence to suggest that."

"It's really important for this not to be misinterpreted: You can't just tell a person to love. If they don't have the mental wherewithal to love, you can't tell them to love. You have to create the causes and conditions that allow love to arise."

4. And it’s not something that happens overnight.

RD: "I recognize that even the thought of this is so upsetting to some people because there is a kind of righteous indignation with acts that are committed that are morally inappropriate."

5. It’s worth it because managing anger might save your life.

"In the United States today, we've done a good job in tremendously decreasing the percentage of people who smoke in the population, as a public health campaign. If you go back to 1950 and compare it to today, it's dramatic. We need to do the same thing for caring for our mind."