The Return — And Spread — Of Fascism 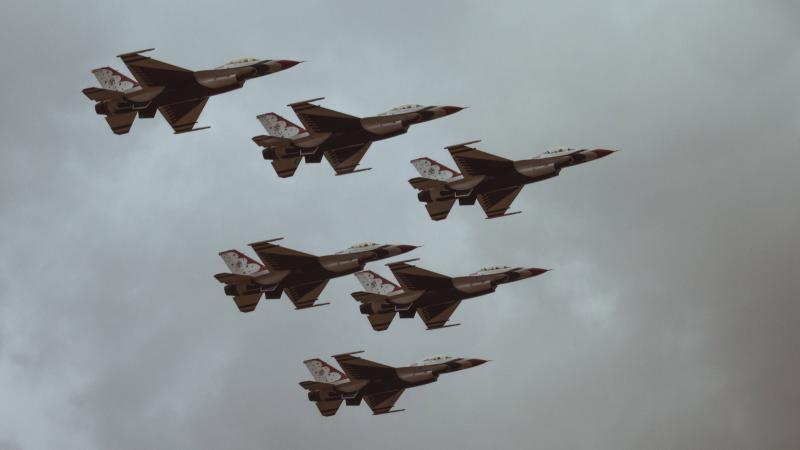 Like many ugly parts of history, there's a temptation to think of fascism as something that exists strictly in the past. But philosopher Rob Riemen thinks it's naive to think fascism ended with Hitler and Mussolini. In this conversation with Steve Paulson, he says that in the wake of World War II, many thinkers warned that though "this war is over, fascism did not disappear." So where does Riemen see fascism today? And how can we confront it?

Rob Riemen: I see it in many places in Europe, and also here in the United States of America. But it's a quite odd idea to think that fascism could have disappeared. It's a very strange mistake. [Post-war intellectuals] realized very well that fascism is the anti-democratic spirit. It's the political expression of the worst of human instincts. The phenomenon of fascism is not based on an ideology, because there is no ideology. There is no positive idea behind it.

Steve Paulson:  This is not a clearly thought out vision of the future. It's something else.

RR: Yet it's the exploitation of the worst sentiments in us as human beings. It is driven by fear, greed, desires. And it opens the gates for demagogues and populists — charismatic figures — who are functioning as a kind of false messiah.

Fascism is a form of a secular religion. That's also why people want to believe in these "strong men." Most of [the] time, it's a strong man who presents himself as the anti-politician leader who will cure society of all social evils.

SP: Now usually the label that is used to identify some of these people — and we should get to specifics in a moment — is that they are populists. But you you sort of object to that word. You say that's often a dodge, that that's a cop out. That we don't actually call it for what it is.

This whole notion of populism is indeed an kind of euphemism to avoid the "F" word. People like Mussolini, Hitler — the worst examples — could make their fascist careers because they were very charismatic leaders and people had a holy faith that they knew how to speak.

But next to that come all the other things. Fascism is the final political expression of the anti-democratic spirit, which will present itself as the anti-politician, will battle the free press, will judges suspect. We'll be offered no alternatives and we'll be constantly in need, because, again, there are no positive ideas. He has to create a crisis and he has to exploit the forms of resentment and fear and hatred in a society to activate the base.

SP: So you're saying there's not a clear ideology of "Okay, this is what we want to do with the country," it's more a series of resentments and hatred.

RR: It's all technique. That's why it's a tremendous mistake to think we can only recognize fascism if it looks like as we have seen it in the 1930s and 1940s. That's not the case. What is the case is that at the time of Stalin, the people in the Soviet Union — they all spoke in terms of fascism.

SP: So you're saying fascism can be on the left as well as on the right?

RR: Oh absolutely. It's the spirit of people with a mindset of only being interested in themselves. It's all their own power. For that, they create this fascist cult with its religious overtones, being the messiah who can do all the things.

If you remember how Trump announced his candidacy, he came from "heaven," downstairs on the escalator. At the convention, he presented himself as you know "out of the darkness, into the light."

SP: You're making a serious charge here. I mean you're calling Donald Trump a fascist.

SP: I think when we think about fascism or a fascist movement, there's the sense that it sweeps aside all governmental institutions. And you know Trump could be voted out in 2020, we have elections, we have...

RR: Sure. But Steve, you see what's happening in your institutions right now. Make the free press suspect. Make the judges suspect. Because they are all "the enemy of the people." And Mr. Trump is the greatest representative of the people, whatever that may be.

In 1948, the Nobel Prize winner Thomas Mann gave a great message when he went on a coast-to-coast town hall lecture tour of the U.S. talking about the common victory of democracy. And he said to the Americans at that time "please, listen to me. I come from Munich. I've seen the rise of a fascist movement in my hometown with Mr. Hitler, and then spreading all over Europe. Don't make the mistake. Fascism can infect the whole democratic system, which then will collapse."

SP: Didn't Thomas Mann say that "fascism will rise in America in the name of freedom"?

Now this is a big counter argument: Rob, you cannot speak about fascism because the violence is not there. Well, you do not need a PhD. in psychology to understand that if you keep inciting fear and hatred and divisiveness in society, at a certain moment the society will explode.

Human nature did not change. Freud already explained to us how aggressive we human beings are. If we add to that kind of politics which focuses again and again again on our worst instincts, violence will happen. Do I have to remind people of what happened in the Balkans in the 1990s, where you have Milosevic and other people who could set their country on fire with ethnic cleansing? Or what happened in Rwanda?

Please don't make the mistake that the United States of America is such an exception to human nature that it cannot happen here.

SP: It sounds like you're saying that the United States at this moment in its history is just ripe for the takeover of this fascist mindset. How do we reverse course?

RR: If we understand what the roots of this crisis is — that this fascist culture comes from inside the society, not imposed on people, but from inside the democracy — then the first thing to be done is to regain the democratic spirit, as Thomas Mann spoke about it in 1948. The democratic spirit is that which wants to elevate people, to make them better than they are and to have them live a life which is focused on the human dignity for every human being. Therefore, you need truth. You need justice. You need beauty. You need compassion. You need empathy.

We teach you opposite of our commercial culture, which is mostly focused on what's efficient. Productivity. It's this ongoing materialism where everything has to be useful, useful, useful.

SP:I have to say, if the problem is the materialism of our culture, and that is what is corrupting our politics, God help us. We live in a materialist culture.

RR: We can change things, but what we are desperately in need of a new counterculture. Not a flower power thing [like in 1968], but it will be a culture which brings us back to the recognition of the fact that "man does not live by bread alone."