From the Monkees to Country Rock: The Remarkable Career of Michael Nesmith 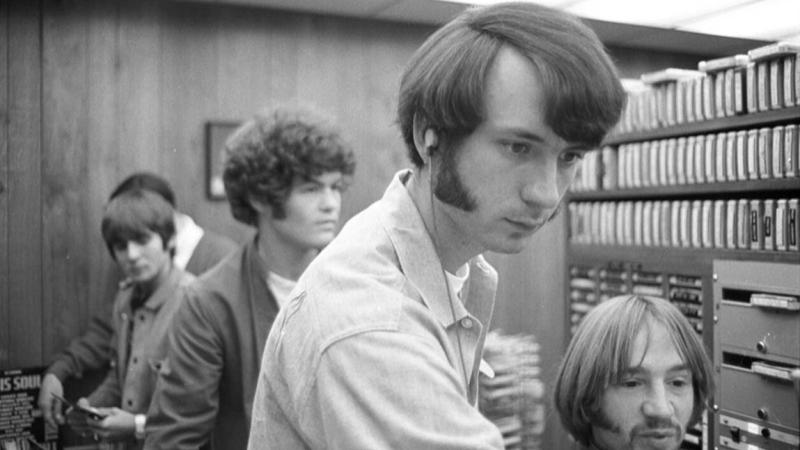 If you’re of a certain age, you may remember Michael Nesmith as the Monkee who wore the wool hat. But you’re just scratching the surface of Nesmith’s many creative accomplishments. He played a pioneering role in the development of the country music genre, won the first music video Grammy Award, and has made significant contributions to movies (the 1984 cult hit, "Repo Man") and virtual reality. Here’s Doug Gordon’s conversation with Nesmith for To The Best of Our Knowledge.

This transcript has been edited from its original version for clarity and length.

Doug Gordon: So Michael, one of several things that I think you invented, or at least helped to invent, is country rock. And one of the great examples of the pioneering country rock that you created is a song called "Listen to the Band." Can you tell me about this song?

Michael Nesmith: Well, I can try. I mean "Listen to the Band" came out of a studio. I wanted to go into the studio before the Monkees was over right at the end of it. I called Felton Jarvis who was a producer he was Elvis's producer but I called him up. I'd known him. I said I'd like to bring a band into the studio. Can you put something together? What he put together was the Muscle Shoals base that had just started to play and was completely rearranging the way people thought about R&B and that Deep South gospel-driven music that Aretha sang, you know and so forth. So I was late one day going into the studio and when I walked in the door these guys had been just jamming and riffing and doing stuff on their own. They said, 'OK, well here you are, you're late we're really good.' But I just heard them play. These were session cats are playing at the top of the form. So I played them "Listen to the Band" and they started playing to it in a way that was very far outside country music. It was very far inside rock n roll. It had opened up some of the same windows and doors that the big power players were opening up — the drummers and the bass player and Briggs on the piano and everything locked it down into this, this R&B slow tramping March of the Spartans. It laid into a groove that I had never heard before. Never heard anything before like it.

DG: One of the things you "invented," I think it's fair to say (but I'll let you respond) was Music Television. Can you tell me how you did that?

MN:  Well no, not at all, because I really didn't invent it. What I was, I was there at the birth of it. And it started with the music video. I had been asked by [founder of Island Records] Chris Blackwell if I would be willing to make a clip for "Rio" that he could use to promote the record around the European continent. It would get played on television that way. Well, I didn't know what he was talking about, so I had to go and do some research. There were hardly any out there—the ones that were out there were people standing up in front of a microphone and singing. That would drive record sales. But I didn't have anything like that in my idea about how I would do one.

I thought well, I want it to look like an old time movie. We went to the edit bay. We said okay, let's just start putting pictures on this thing. So we put one picture and we added another picture to it. And after about the sixth or seventh picture a very curious thing started to happen. The music took over the narrative. The music was the continuity and the images fit that continuity in a way I'd never seen.

Once it was finished, Bill (Dear) and I looked at him and said 'this is extraordinary. I don't know what this is.' Bill says 'I don't know either but I'm moving out from Detroit.'

When I got back, I started showing it around and everyone would say 'this is unbelievable, what is it?' I said, 'well, it’s a way to present music in the age of video. It's a music video.' Nobody had heard that word. Nobody had any idea what it was.

This is what I mean by I did not invent MTV because I'm not sure anybody invents anything anyway. I'm thinking 'I've got a music video, what is the player for that?' And just as clear as a bell, I said 'Television. You know, television is to the music video what radio is to the record. Yes that's it.' I always figured it was a billion-dollar idea but I was really grateful to have been part of the early days of it. It was a great ride but I didn't invent it.

DG: I think it’s fair to say are one of the founding fathers.

MN: Yeah, okay, I’ll take that. Do I get a three-pointed hat?

DG: Yeah, you do. I'll work on that. A three-pointed hat and a tote bag.