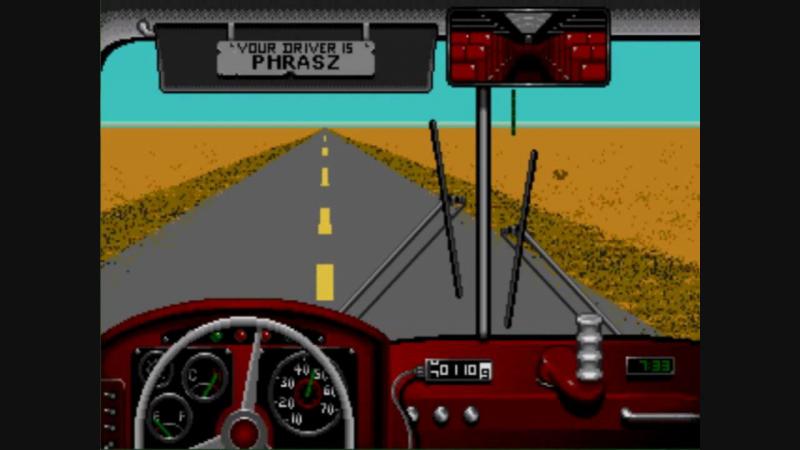 Imagine driving from Tucson to Las Vegas. You’ve got hours and hours of long, flat desert highway stretched out in front of you. It’s gotta be one of the most boring drives in the world. It’s also a famously boring video game, called "Desert Bus." It was initially developed by the magicians Penn and Teller to make a point about what videogames do to us as a medium. Simon Parkin tells us about it.

I first heard about the video game as "Desert Bus" on the Internet. It was designed by the magicians Penn and Teller kind of as a commentary on the idea that video games can get you to do quite boring things for quite a long amount of time. They wanted see how far they could push that. So in this game, you have to drive a bus down a very boring straight road that very occasionally veers one way or the other.

It doesn't take any skill to play the game, particularly. I think even a child would be able to do it well. The only thing it's testing really is your endurance and your resilience to boredom.

I don't think I've ever played a game as monotonous as "Desert Bus." It takes eight hours to score just one point. And I think there's something funny about that, something weirdly heroic.

There's a group of friends who got together. They wanted to raise some money for charity and they were trying to figure out a way that they could make some money playing a video game for charity. And they came up with the idea of you know revisiting this game "Desert Bus" which had been recently rediscovered. They kind of seized on this game. They said we're going to see if you know for how long we can play it as a bus during a one to three-day stretch. You can watch what we're doing. Donate your money and cheer us on all of that kind of thing. And they've been doing that for a number of years now.

"Fun" is such a nebulous word and it means different things to different people, I think. I think probably a truer word to use about video games is "challenge." Video games issue us with it with a challenge and the sense of elation that we get when we overcome that challenge is what we probably classify as fun a lot of the time. The challenge that "Desert Bus" issues to its players is so extreme that it almost becomes alluring. How many hours can I do this very monotonous drive back and forth? How can I challenge myself?

There's something marathon-esque about it, without the leg cramps and all that stuff.