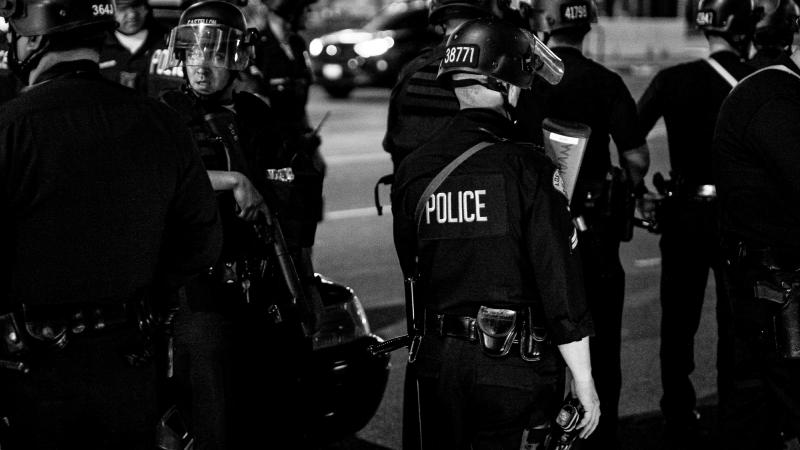 Why was an African-American community activist and civil right attorney who publicly declared “war” on the Los Angeles Police Department given 50 police officers to train? And why, after receiving a credible death threat from within the LAPD did she trust them?

The answers go back to the 1990s, when the Black community and the Los Angeles Police Department were at loggerheads.

In the 1980s and 1990s, civil rights attorney Connie Rice was on a winning streak. She helped her clients win more than $10 billion in damages. Her class-action civil rights cases addressed race and sex discrimination and challenged unfair public policy in transportation, probation and public housing. But as more police misconduct cases came across her desk Rice got increasingly angry. On March 3, 1991, a video of Rodney King being beaten by LAPD officers shook the nation, and Rice decided it was time to take the LAPD to court.

The lawsuits were a financial strain on the LAPD, but the behavior of police offices toward the black community wasn't changing. In fact, things were getting worse. So Connie Rice and the LAPD called a truce.

In 2010, then-LAPD Chief William Bratton asked Rice to investigate the biggest police corruption scandal in Los Angeles history, and he committed to reform LAPD's training program. Rice was tasked with training 50 LAPD officers who worked in one of L.A.'s toughest communities. She calls her strategy with these officers "public trust policing."

These highlights have been edited for clarity and length.

Back then it was a pitch battle everyday. It was high intensity, high adrenaline, high drama. Every day gave us a chance to get our weapons out to try to bash each other. I put most of the blame on the LAPD. They wouldn’t talk to anybody. They wouldn’t heed any requests for more humane treatment. And really, all we were asking for was "Please don’t humiliate us."

I felt I was in Honduras or Guatemala back in those days, those horrible old days. It was frightening because what we had were groups of officers that were outlaws. They were not the average cop. Sure, the average cop will pull someone over for no good reason. But the average cop didn’t do curbside executions.

I would hear things [from police officers] like, “Look lady, I’m gonna be honest with you. Black people scare me. I didn’t grow up around Black people and I don’t know how to talk with them.” They voiced they were uncomfortable. They felt so comfortable that they actually voiced that fear. And I said, "That’s what’s giving you discomfort. And your discomfort is leading to misunderstandings. And the misunderstandings lead to friction. And the friction leads to problems."

In the beginning it was definitely begrudging. It was like, “What the hell do these people have me doing. They are ruining my job.” And then, when they starting seeing the people turn around and support them, and speak to them, and welcome them, and introduce them to their kids. I mean, these cops have gotten standing ovations from the public housing population.

On black anger with the police

Oh, it’s completely understandable. And to be honest, I don’t begrudge it one bit. They should be angry. They should be outraged. Now, anger and outrage feel good and sometimes they are a necessary response. Then you have to ask yourself, “What’s gonna really prevent this from happening again?” Well, it isn’t gonna be rage. And it isn’t gonna be marching. What’s going to change it is changing how cops think. So, here’s the deal. We either get in the boat and row with these cops or were going to be marching forever. And there is going to be unjustified shootings forever.