The Tale of a Mute Piano Performance 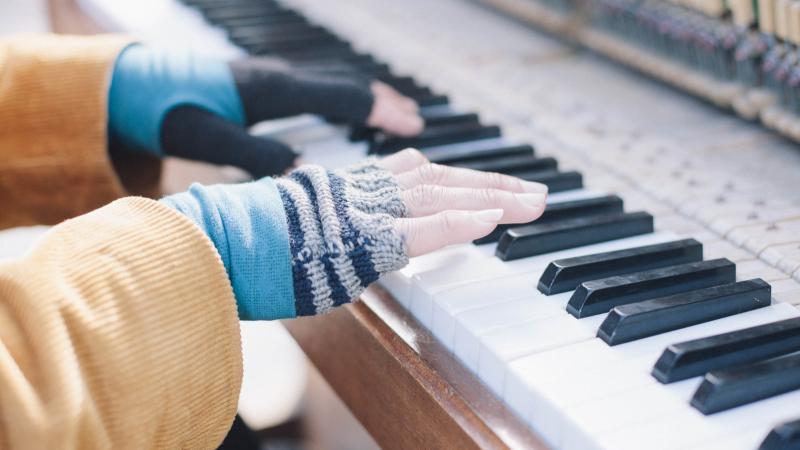 On August 29, 1952, at a concert hall in Woodstock, New York, pianist David Tudor took the stage for the penultimate performance of the evening. Sitting to face an audience that reportedly included vacationing members of the New York Philharmonic, Tudor quietly raised the lid on his piano, narrowed his eyes at the first line of the sheet music before him, and played nothing. His fingers never touched the keys. For four minutes and thirty-three seconds. He marked the three silent movements of the piece by replacing the piano's lid where needed, keeping time by quietly turning pages. And while eventually Tudor's performance would cement composer John Cage's controversial "4'33"" as a seminal moment in music history, there were more than a few dissenters in the crowd that evening.

"There was a question and answer session after the performance and people got very irate and stood up and shouted and somebody finally yelled, 'Good people of Woodstock, let's run these people out of town,'" according to author Kyle Gann, who spoke to Steve Paulson about Cage's piece.

Gann said that at the very least, most of the audience knew what they were getting into, but still, few in the crowd knew exactly what to make of the piece. Some thought Cage was trying to take credit for the absence of performance. It took two years for the piece to make its premiere in New York City, where the few reviews it received dismissed it as "bohemian exhibitionism" or a bemusing joke.

So how did the piece come to become so influential? And what are we really supposed to experience in that 4'33" of silence? Gann explains how the piece became "one of the most misunderstood pieces of music ever written and yet also one of the avant-garde's best understood."

Kyle Gann: It's very widely misunderstood by people who aren't familiar with the whole context even at that time by some who were. He first got the idea as a response to "Muzak," and what it was doing to the way people listened. The way it was imposing music on people and taking away people's quiet.

There was a student at the time who got in the newspaper for his plan to make silent records for jukeboxes so that people who didn't want to listen to jukeboxes could put in a quarter and buy a few minutes of respite from them.

SP: Is that what Cage was after? I mean he'd been thinking about this idea for years, right?

KG: There were so many different things that led him to it. He was influenced by the white paintings of Robert Rauschenberg. Rauschenberg painted some canvases white — that meant that they would accept whatever shadows or lint or dirt got onto them. In Cage's idea, that was his idea of environmental noise. It was a response to having gone into the anechoic chamber at Harvard.

SP: This is the echo-free chamber at Harvard that supposed to be totally silent and yet apparently it's not because you hear your own body. What does your body sound like?

KG: Well, the technician told Cage that he was hearing his blood circulating and his nervous system in operation. There's been some doubt placed on that since then. It seems more likely that Cage probably had tinnitus, as most musicians do by a certain point. He was hearing that and that's what was interpreted as being his nervous system in operation.

SP: Why was that experience so influential for Cage?

KG: Well, it probably wouldn't have been except that he had been for the last few years getting interested in the Zen idea of not making distinctions between one thing or another, accepting all reality as being pretty much the same thing. And so he was very open at that point to the idea of all sounds that you heard having the same significance as the music you were listening to.

He saw a big division in the history of music coming with the advent of electronic tape, because tape allowed you to put any sounds into music. Music had now opened up to include everything, and so there was no reason in his mind to separate off the taped sounds coming from the loudspeakers from the live sounds that weren't coming through the loudspeakers.

SP: I think when most people hear about "4'33"" that they see this as an exercise in silence. But it's not totally that, is it? I mean you can hear the ambience in the room as well. I mean for Cage, those things mattered, right?

KG: Yes, they did. Cage's idea of the piece changed so much throughout his life and he later said that her performed 4' 33" every day for long periods of time. He actually removed the title from the piece and said it can be as long as you want it to be and said it was something he listened to every day. But it seems to me really important to the identity of the piece that it actually is in three movements.

SP: Does this piece matter in the long history of music or in the way we think about art?

KG: I read it in a couple of places that people say it is the best known piece of American classical music, which is an odd thought. Even better than Copland's "Appalachian Spring." I think you would have to put Gershwin's:"Rhapsody in Blue" in front of that probably. It not only matters, it has mattered a lot more than most avant-garde music has mattered. I couldn't keep track of the number of rock albums that covered 4'33." I published a list of them and as soon as the book came out, I found out about six or eight more.